Bhupen Hazarika: An Artist of Many Hues

After making a couple of documentaries, when the acclaimed painter Maqbool Fida Hussain announced his feature film Gajgamini with Madhuri Dixit, it became big news in Bollywood. But the bigger news came when he invited Dr Bhupen Hazarika to score the music for this film. 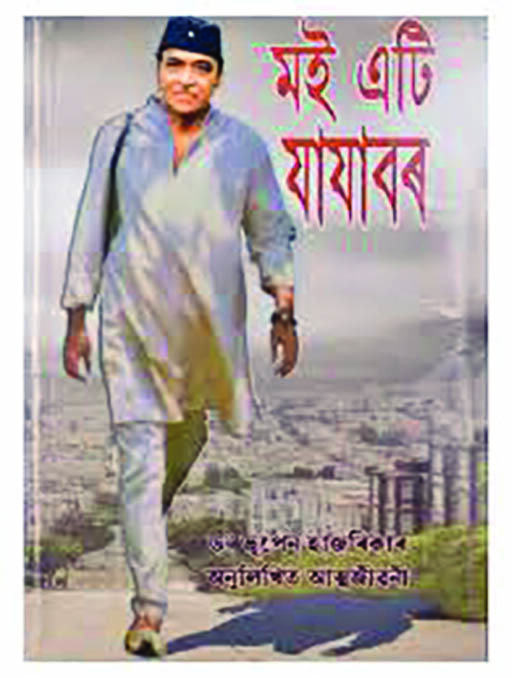 There were mixed reactions in the film fraternity—some raised their eyebrows while others welcomed the combo that it would be a culmination of two great artists of the country. Bhupen was, in true sense, the jewel of Assam.

Poet, lyricist, screenplay writer, composer, actor, filmmaker and editor of two magazines, Bhupen titled his autobiography, Moi Eti Jajabor, as he called himself Jajabor, nomad: "I have been a nomad since my birth. I have no fixed address."
A wanderer all his life, Bhupen was born on September 8, 1926, in Sadiya in Assam. Son of a teacher who migrated to Guwahati in 1929, Bhupen's home was situated near River Brahamaputra. As his childhood was spent near the river banks, this metaphor became an integral part of his lyrics.
When his father joined the revenue department the family moved from one place to another given his transferable job. During his father's posting in Dhubri, Bhupen had a chance meeting with the legendary director of New Theatres, Pramathesh Chandra Barua (PC Barua), director of the cult film Devdas in Bengali and Hindi. This encounter attracted him towards filmmaking as this meeting was entrenched in a nascent Bhupen's mind. In the years to come, he used his childhood treasure of Bangla songs of fishermen and brought that folk element in many of his compositions beautifully.
The stay in Tezpur was the most significant phase of young Bhupen's life, as it was the hub of the revivalist movement in Assamese literature, music and theatre. The movement was led by two giants Jyoti Prasad Aggarwal and Vishnu Prasad Rabha. These two erudite men brought Sankar Dev, a 15th century Vaishnav saint-poet into Bhupen's orbit, and inspired him to make best use of literature, music, dance and drama to bring social reforms, and follow this dictum of the renaissance man of Assam.
The Jyoti and Rabha duo had a mission to transform the dying social cultural scene with the help of youth. They had seen great potential in young Bhupen. Jyoti Prasad Aggarwal taught Bhupen aesthetics philosophy, the strength and heavenly beauty of words and cinematic craft. These lessons chiselled Bhupen's craft in the years to come.
Bhupen was a child prodigy. He cut his first disc at the age of ten in Calcutta in 1936 and his name appeared as Master Bhupen Hazarika. His mother was constantly worried due to her son's childhood musical ambition and his habit as a wanderer, moving and singing with fisherman and spending hours with local bus drivers to pick up folk tunes.
Academically, he joined the Banaras Hindu University after his matriculation, and thereafter, had a brief stint at the All India Radio, Guwahati. Soon, he got a scholarship from Columbia University and set sail for New York in 1949 to accomplish a Doctorate in Mass Communication. While in America, he met Paul Robson, the famed American singer, whom he always considered his mentor. 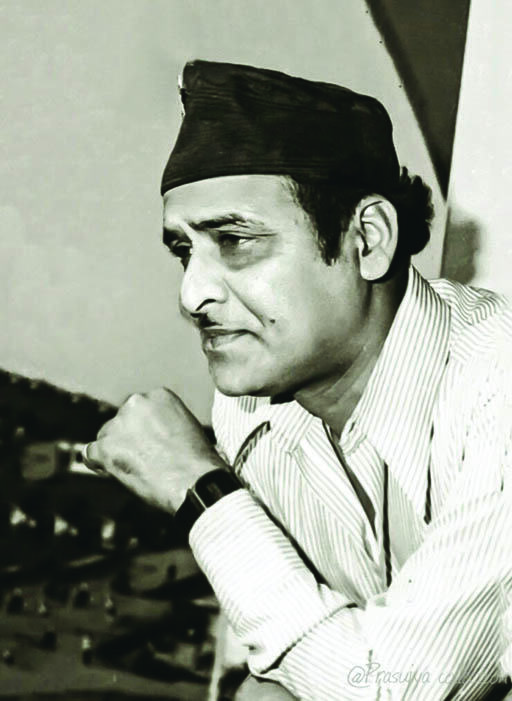