Bhima Koregaon: A journey of Dalit struggle in India

Atrocities against Dalits continue amid the protests, blame-game and caste politics in India. This has started a countrywide debate on stopping the injustice on Dalits, writes Sayantan Ghosh. 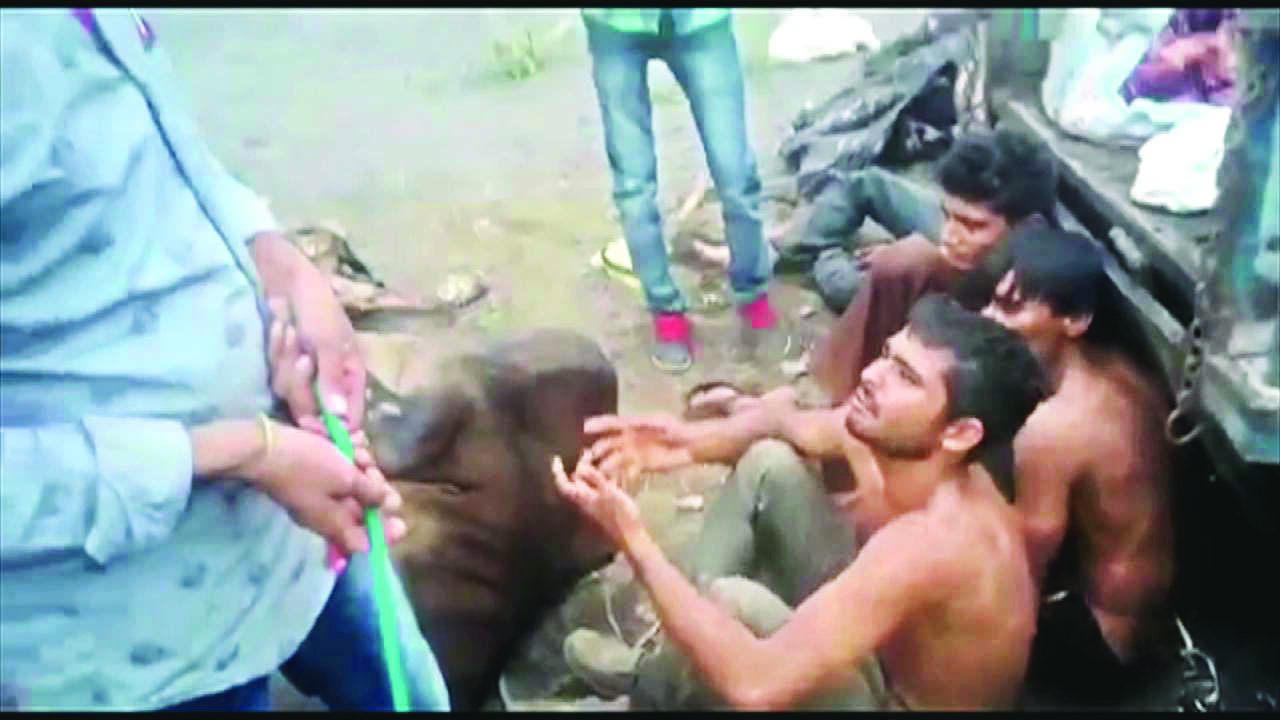 It was the first day of 2018. Rahul Fatangale a 28-year-old man was returning home after spending an entire day at his garage when a stone hit his head amid the clashes between Dalits and some alleged right-wing groups in Bhima Koregaon district of Pune, Maharashtra. Fatangale succumbed to the injury and Bhima Koregaon which has been a symbol of pride for the Dalit struggle again came to the spotlight.

Violent Dalit protests erupted across the state the next day. Reports noted that arterial roads and the railways in some parts of Mumbai were blocked for over six hours due to the clashes. In some parts of Maharashtra, police enacted Section 144 of IPC to prohibit an unlawful assembly, and the state government shut down Internet services for hours in Aurangabad city. Prakash Ambedkar, the grandson of Dr BR Ambedkar and president of Republican Party of India (Bharip Bahujan Mahasangh), called a bandh, which was eventually supported by nearly 250 Dalit and left-wing organisations.
Story of Bhima Koregaon
According to various reports, 200 years ago on January 1, 1818, nearly 300 Mahar (Dalits) soldiers of the British East India Company defeated the army of the Peshwa Bajirao II, in Koregaon. This victory became a milestone for the Dalits and they do not see it as a win of imperialism over nationalism but a struggle of the backward class.
Explaining this incident, Shiv Visvanathan, an academician, and activist wrote in a media article, "The event can be read Rashomon-like in many ways. But Indians do what Akira Kurosawa did in a more surrealistic way. For the Marathas and for our History textbooks, the narrative was a battle between imperialism and nationalism. But the Mahars read this narrative differently." He further added that for Mahar memory, the presence of the British shrinks and it becomes a story of Mahar courage and valour, a testimony to Mahar martial values in their struggle for equality against the Peshwas. Dalits believe that this battle marked the end of the Peshwas' 'casteist' rule, an emancipation handed to them by Mahar soldiers. With Dr BR Ambedkar visiting the war memorial obelisk, on which are inscribed the names of those who fell in that war in 1927, an annual trip to Bhima Koregaon became part of the Ambedkarites' essential pilgrimage of sorts.
Cause for the clashes and the aftermath
The reasons for the clashes between the Dalits and the right-wing outfits are not clear yet. The political blame game started just after the incident which flared more clashed and damages. The issue was also discussed in the winter Parliament Session.
A media report observed, "It all started on December 29, when someone put up a board near a structure believed to be the tomb of Govind Gopal Mahar in Vadhu Budruk village, about 5 km from Bhima Koregaon in Pune. The board hailed the Mahar and said he defied the orders of Mughal king Aurangzeb and performed the last rites of Maratha king Chhatrapati Sambhaji Maharaj. Mahar is a Dalit community. However, local Marathas believe that it was their ancestors who had performed the last rites of Sambhaji Maharaj." The report further noted that after the board emerged, Marathas along with gram panchayat authorities objected and alleged that history was being falsified and this allegation had no documented evidence to back it.
After this when on January 1, nearly one lakh Dalits gathered at the Bhima Koregaon, clashes with the Hindutva groups erupted. Following the incident criminal cases against Sambhaji Bhide of Shiv Pratishthan and Milind Ekbote of Hindu Ekta Aghadi were filed by the Dalit leaders. Bharipa Bahujan Mahasangh's president Prakash Ambedkar demanded powers to the judicial commission to initiate criminal proceedings against the people accused of inciting violence at Bhima-Koregaon, in meeting with Maharashtra CM Devendra Fadnavis. However, Fadnavis ordered a judicial inquiry into the Bhima Koregaon violence. 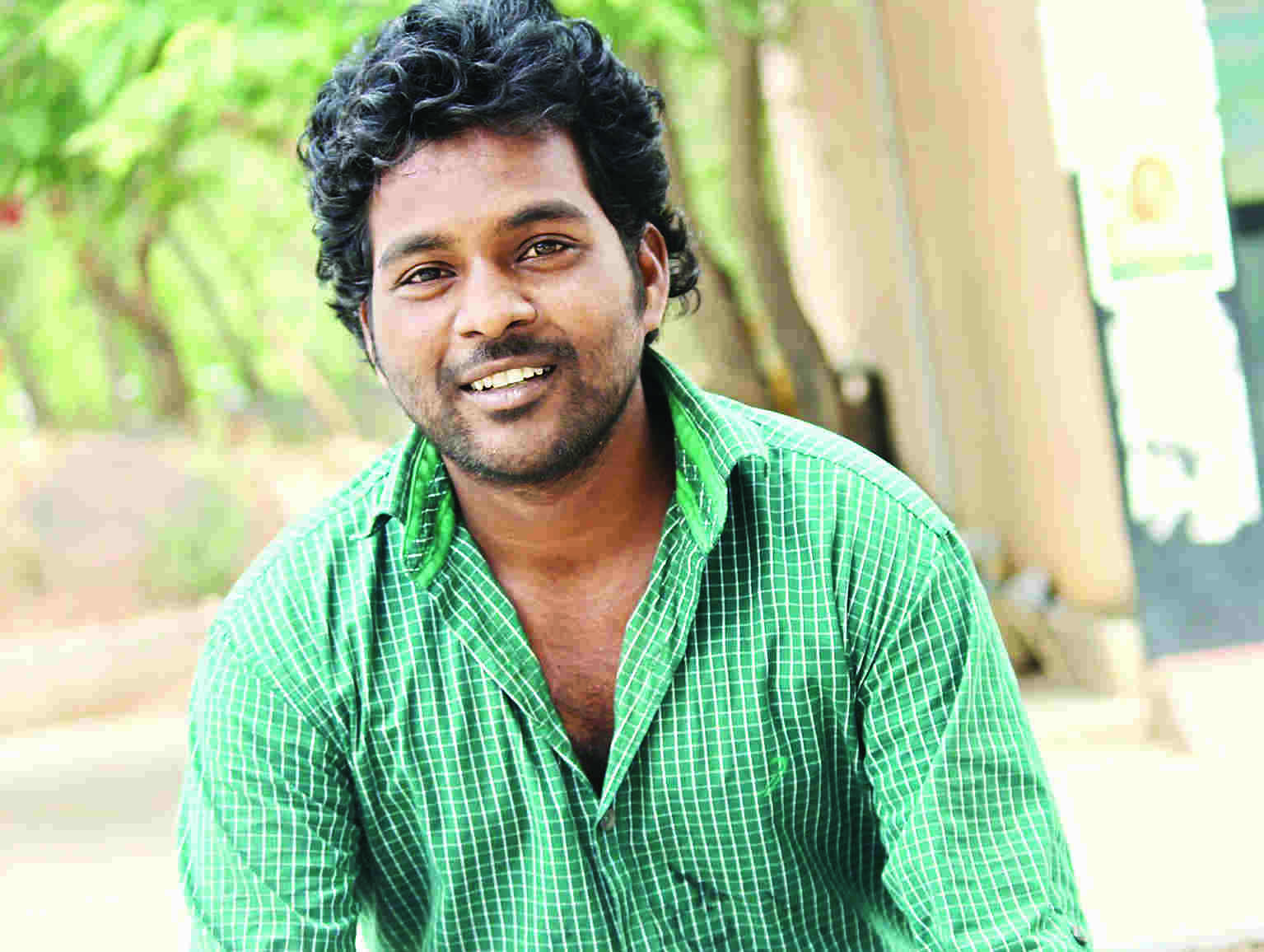 Separate FIRs were also registered against the newly elected MLA of Gujarat Jignesh Mewani, a popular Dalit leader, and JNU student Umar Khalid. They both were present at the "Elgaar Parishad" conference on December 31 in Pune's historic Shaniwar Wada, the headquarters of the Peshwas.
Rising crime against Dalits
After 70 years of the independence in India, still, a small spark of violence against Dalits can make such an uproar among the subaltern classes because atrocities against Dalits has a long history. Every time in history the upper classes have maintained a continuous tradition of discriminating the Dalits. Nearly 66 per cent growth in crime against Dalits took place over last 10 years according to the National Crime Record Bureau (NCRB) data. The data also showed that rape of Dalit women doubled in last 10 years.
There is no government data available where the term "Dalit" is used but the researchers identified that Dalits are referred to as Schedule Caste (ST) in India. The 2011 census recorded that India has nearly 20.14 crore population of Dalits. The data also recorded that Uttar Pradesh (21%), West Bengal (11%), Bihar (8%) and Tamil Nadu (7%) are the top four states which are home to nearly half of India's Dalit population.
According to the official data, in between 2012 and 2013, there had been a rise of nearly 17% in the total number of crimes against Dalits. The rise was nearly 40% in between 2012 and 2014. In the last 10 years, this number is highest in 2014 which is nearly 47,064 followed by the crime rates of 2015 and 2013. According to the data in every 15 minute, one crime against Dalit takes place in India.
Supreme Court's advocate and the Vice-President of People's Union of Civil Liberties (PUCL), Sanjay Parikh explained that the rise in number between 2012 and 2014 is because in 2104 the NCRB included many other heads of crime. "Previously under crime against Dalit women, only rapes were registered but from 2014 various other heads like sexual assault of Dalit women were included and so the number of cases increased."
Untouchability in modern times
Untouchability has always been a major issue regarding the Dalits. The discrimination faced by them has changed its form but it still has not stopped entirely. Historian Arjun Dev said, "Dalits are the lowest caste in Hindu caste system. They are considered untouchables but it is only an idea since the religion does not specify them as untouchables." He also said that this idea still exists within every section of society.
Another section of academicians thinks that now the Dalits have deeper problems like the right to education and the lack of health facilities. Vivek Kumar a Dalit scholar and professor of Sociology in the Jawaharlal Nehru University said, "Untouchability is an issue, but now Dalits have many more problems. Identity proofs like Aadhaar or voter IDs are also denied to them in some villages. To understand Dalit problems we also should look at these problems." According to him, the urban uprisings and the elite protests are not focusing on these issues. "Talking only about untouchability is also discriminatory the bigger questions in the scene are being avoided," he said. 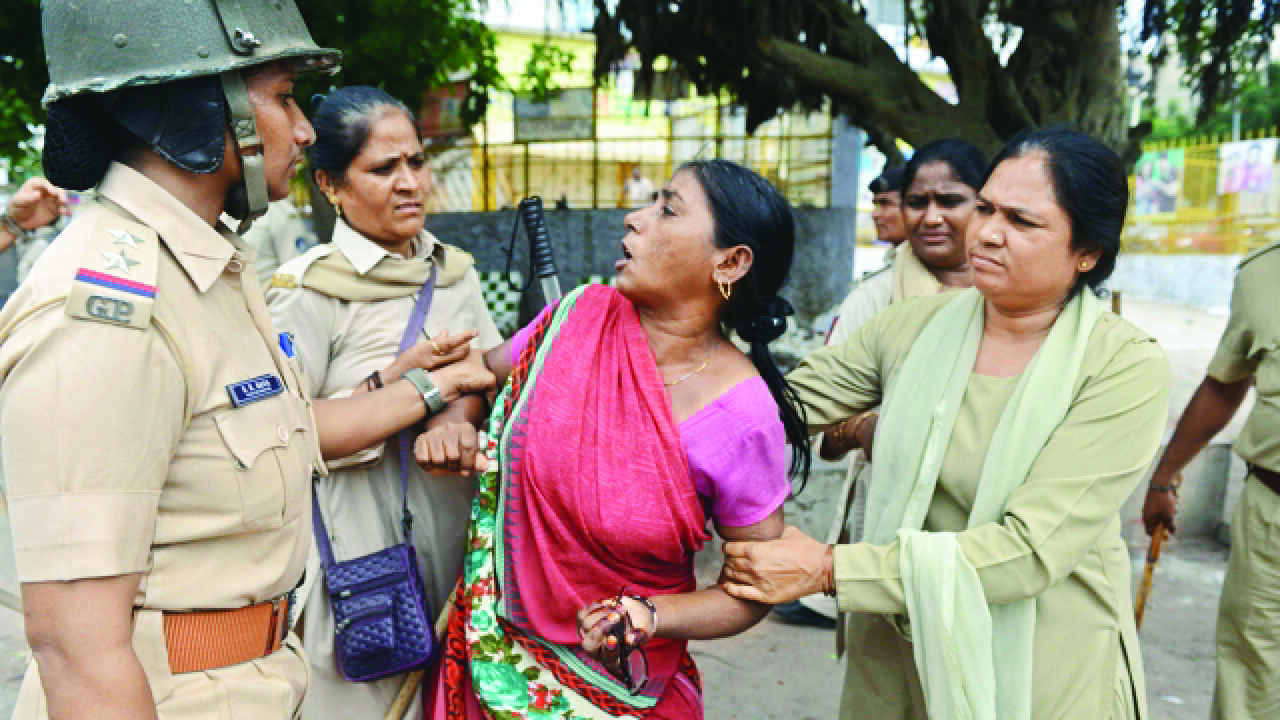 Agreeing with his views, Asha Kotwal a Dalit right activist of All India Dalit Mahila Adhikar Manch, said, "In many villages of India, Dalits are not allowed to take water from most of the taps, they are also not allowed to enter some village temples. But in urban India as well, I have heard from Dalit students that their classmates are not comfortable to sit with them." She explained that discrimination for the Dalits has become natural to people.
Una attack: inception of the Dalit movement
Balu Sarvaiya, a Dalit man of Mota Samadhiyala village near Una town, Gujarat, had no idea that the attack on him and his family had started a new Dalit uprising in India. Una has become the final spark for the Dalit uprising under the BJP regime.
A group of men identifying themselves as "gau-rakshaks" allegedly beat up Balu and six other family members while they were skinning a dead cow. The incident led to a huge Dalit protest in Gujarat which at last forced the Chief Minister of the state Anandiben Patel to resign from her post.
The country in the last few months has witnessed a series of Dalit uprisings. It started with the suicide of Rohith Vemula, a Dalit research scholar at the University of Hyderabad. Then the Una incident and Dalit uprising in Maharashtra pushed the BJP led central government in the back foot. Serial attacks on Dalits and the uprisings afterwards received spotlight in the recent time when BJP and its parent organisation Rashtriya Swayamsevak Sangh (RSS) are claimed to be focusing on Hindutva as India's identity.
The atrocities against Dalits continue amid the protests, blames and caste politics in India. But with time the conditions of Dalits have started changing slowly and a number of people from backward classes have now stepped up to pursue higher education. With the hope of getting rid of caste violence, various struggles and uproars are taking place all over India which tells the need of raising a voice against the atrocities and discrimination against the Dalits.
(References from various newspapers and agencies have been taken in this article)
Follow