In our childhood days, all of us believed that ghosts do exist. Firming our childhood beliefs and bringing back the nostalgia, Netflix is back with the tried and tested formula of ‘horror stories’. After ‘Stranger Things’, the Indian Netflix original – ‘Typewriter’ – which tells the story of children who believe in ghosts and form a ghost club to find one – is catching the interest of viewers. 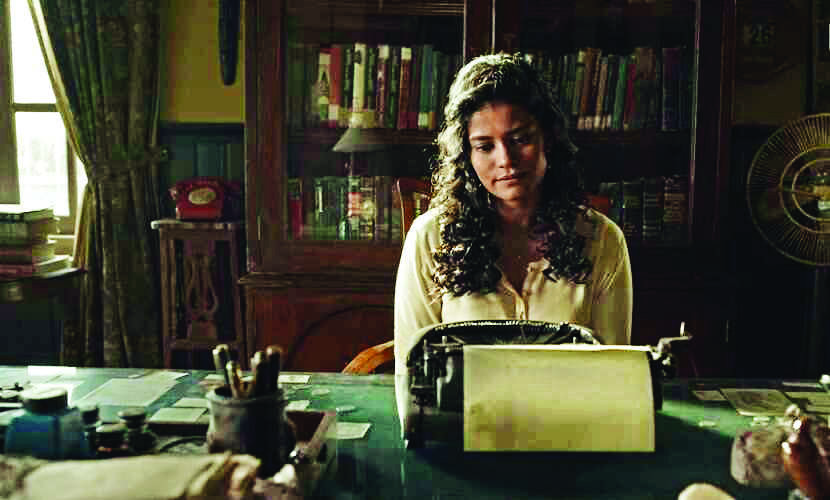 As the title suggests, the five-episode show is themed around a ‘Typewriter’. The series begins with a young girl Jenny, calling her grandfather Madhav Mathew – the famous ghost story writer in town – to check her room as she hears voices from under her bed. The grandfather goes with her, checks it, and right there something weird happens.

In the first episode itself, the makers give an idea about what happened in the past of the story, what’s going to happen next and how will things progress.

Years after that incident, Jenny, who is a mother of two now, comes back to the villa (which is claimed to be spooky and haunted). But what happens next forms the crux of the series. Is there a ghost for real?

The plot – created, written and directed by Sujoy Ghosh – goes on to join the dots of the puzzle for the next four episodes which have a lot of characters, and their stories.

The viewers will keep juggling between past and the present incidences but without a speck of confusion. Credit for the same has to be given to Sujoy, who managed to nicely layer the sequences in the script and capture it with the needed efficiency on camera too.

Some scenes of this show are difficult to believe and accept, which might take away your interest, while at times you might also feel uncomfortable watching the spooky sequences.

However, despite all the odds, you will find yourself willing to know what happens next. The writer manages to keep you engaged in every sequence of the series.

Though the show is primarily around Jenny (Palomi Ghosh), her grandfather Kanwaljit Singh, and the typewriter which is left in the house for years, the story line and its execution gives equal importance to other characters – the family, children who are in search of a ghost, the policeman, and a lot more people who are attached to the back story.

All in all, the web show is well-written but there is always a scope of improvement. Lastly, the show surely deserves to have second season.