"The Political Journey of Imran Khan" | The unlikely Prime Minister

Despite the Pakistani state’s debacle, the Pakistani nation has been growing in grit with its ambitious human capital emerging out of a tragic political mess, discusses Kavya Dubey Nearly two decades of peripheral involvement ushered in an unconventional mix of hope for an era of righteous politics and freshly glossed-over illusion with Imran Khan’s ascension to Prime Minister of Pakistan. Despite the controversy surrounding his victory, he comes with his own fair share of public attention and admiration and marks his defiant presence in the political quagmires of Pakistan. 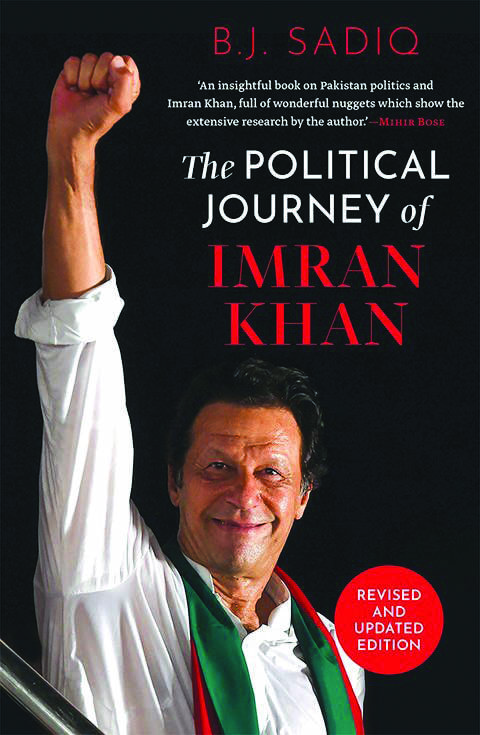 With an incredible journey of a cricketer to a political activist and then a leader behind him and the future of his nation that is particularly under the watchful eyes of neighbours, lies the uncommon spectacle of a blunt man with tremendous persuasive powers, despised and admired in equal measures.

Tehreek-i-Insaf, his party founded in 1996, soon rose to become a dominant voice in the opposition. From the accomplishment of drawing huge crowds at voting booths (a rarity in Pakistan) to being unpopular among contemporaries for ‘lacking the virtue of politeness’ and being very popular among the bustling youth of Pakistan who believe in him and his revolutionary ideas that have ensconced him at the pinnacle of Pakistani politics today, Imran Khan has had an arduous and a formidable journey so far.

A manipulated and bad press, hostility, and instability are common characteristics of the Pakistani state. Its survival, too, has been a matter of much debate. Whether Imran Khan will be a force to bring any change in the long-standing problems of Pakistan or is just another opportunist trading illusions for more power, remains to be seen.

BJ Sadiq recounts that children in middle-income households grew up hearing stories of how a few rich families hoarded appalling amounts of wealth, explaining why Pakistan is today among the most corrupt countries in the world: the enormous gulf between the rich and the poor, corruption being a second nature among elites to the extent that state institutions are decaying with the worse forms of nepotism – the rich and influential are the law unto themselves and for the poor, justice is a luxury that only few can afford. Pakistan has been systemically ravaged by fundamentalists; migration from there is a glaring symptom of this wrecked state. But a silver lining, the author notes, is that over the past decade, Pakistan has acquired a very vibrant and able middle-class that craves the inevitable: change. Remarkably, despite the state’s repugnant debacle, the Pakistani nation has been growing in grit on account of its ambitious human capital that is emerging out of a tragic political mess. Such is the stage set of Imran Khan, the despised and endeared new Prime Minister of Pakistan.

His popularity strengthened following his bold humanity when he announced that his cancer hospital will be a place that refuses to make any distinction between the rich and the destitute. Little wonder that it remains a model of success. He strikes a chord with the people in a most singular manner, a charismatic orator (a skill he developed over the years) and an unyielding force of opposition, Imran Khan has had a meteoric rise to power. He has hopes and aspirations pinned on him. His punch line: “I want a welfare state where not even a dog will go without food” is his ambition that instils hope in the common Pakistani for a ‘Naya Pakistan’.

This book is a biographical account of the political journey of this enigma. Imran Khan has been a defiant leader and is expected to create a transformative moment in history.