In the echelons of power, responsibility and tough decision-making supersede the perceived merry of muscle-flexing – former Cabinet Secretary B K Chaturvedi reminisces in his memoir A 1966 UP cadre IAS officer, B K Chaturvedi traversed a rather arduous journey from the hinterlands of Uttar Pradesh to become Cabinet Secretary, the top-most executive official. After serving as Cabinet Secretary for three years, from 2004-2007, Chaturvedi eventually worked with the erstwhile Planning Commission and 13th Finance Commission. He reflects on a journey of four difficult decades and lends a wide-angled lens to intimately view India’s power corridors – where responsibility, accountability and difficult decisions dauntingly challenge perceptions of simple power.

Challenges of Governance: An Insider’s View has been most aptly titled. And, Chaturvedi does an excellent job in carefully etching out the moments of challenge that are plentiful and carry far-reaching consequences on many million lives. The author held the reigns of the most prestigious post when UPA-I came to power, after surprisingly defeating the Atal Bihari Vajpayee-led NDA in 2004. A transition was unexpected as was Chaturvedi’s appointment; he mentions in the early pages that his time of birth was considered inauspicious and the presiding astrologer had said that in most likelihood, he would not survive unless a ceremony was conducted. Chaturvedi’s father refused to budge, and here we have a Cabinet Secretary who later also received the Padma Bhushan (2010) – not so unholy after all. 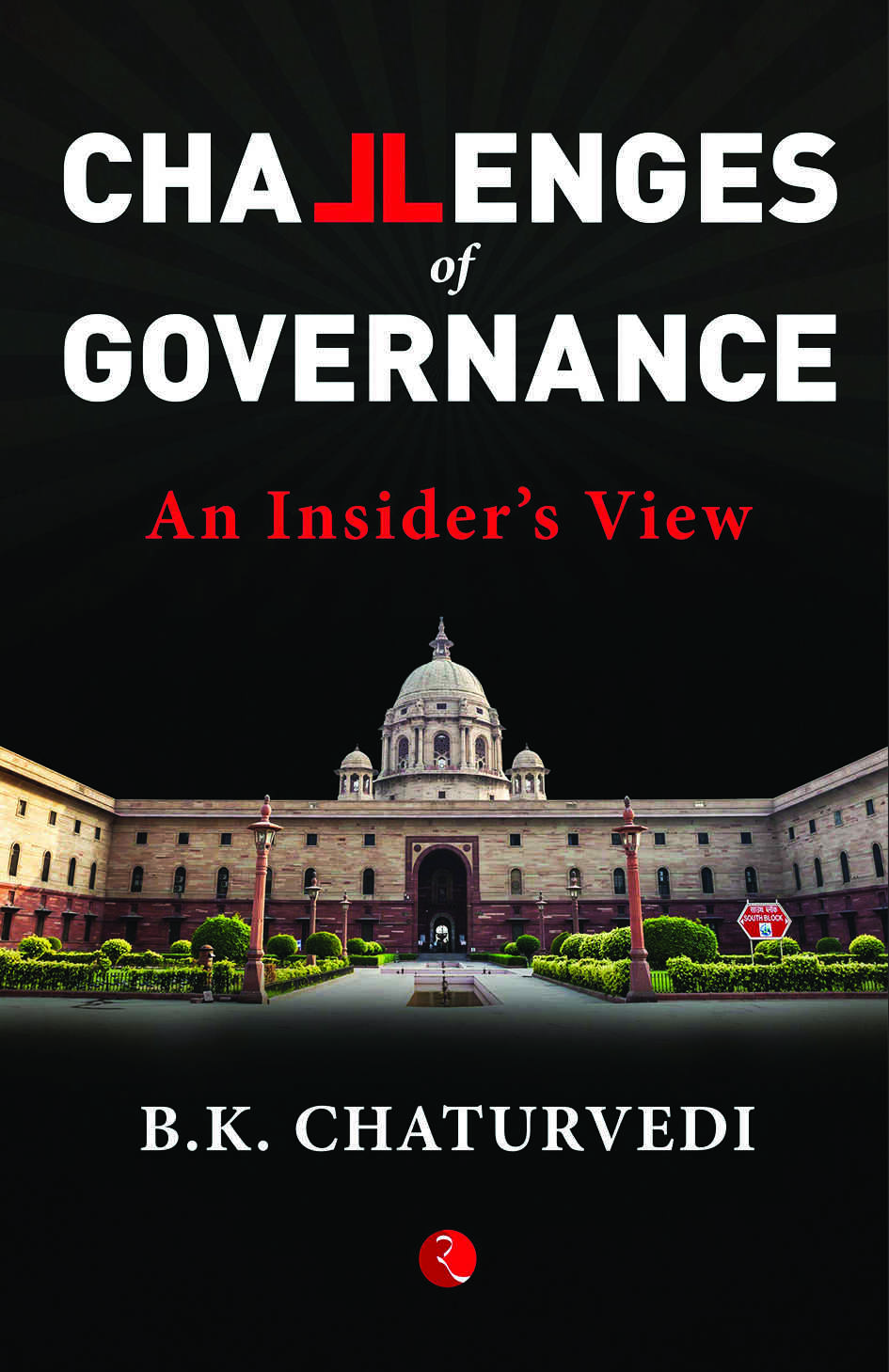 In his journey across four decades, Chaturvedi dealt with a series of questions and problems – from allocation of natural gas production units, setting up disaster management institutions, establishing new power projects, advising the Prime Minister and his cabinet of ministers, the list is exhausting. But, a most relevant thread that Chaturvedi pursues through his book is of integration and coordination – the two essential factors that nourish the becoming of India as a diverse but congruent whole. Whether as the District Magistrate of Azamgarh (1973) or as Member of Planning Commission (2007 onwards), Chaturvedi has recollected his many trysts of integrating the local populace with the national identity. He shows through all instances that the true purpose of a civil servant lies in their duty towards the people, first. At a time when higher offices of bureaucracy are bending to wily political masters, Chaturvedi’s emphasis on making life easier for minorities stands stark. In a particular narration, he recalls the bridge he had to build in Azamgarh, a region known even now for mercurial communal riots. By attending local mushairas and extending the first hand of friendship, Chaturvedi was able to effectively reduce communal tension in a most notorious area. Later too, when he speaks of his task as Member, Planning Commission, to improve connectivity in the North-East, his duty towards the nation’s mandate arises from empathy that he is able to share with the region’s residents and their utter lack of communication with the mainland. Yet, when Chaturvedi and empathy are spoken in the same breath, the latter mustn’t be seen through its traditional prism of soft care – instead, here is a civil servant who reflects empathy that is strong, hard, focussed towards meeting a defined goal but still empathetic because of the seamless fit between his own ambitions and interests of the region, its residents, their staggering incomes and isolation from mainland India. Ultimately, as Chaturvedi repeatedly highlights without explicitly saying it – the idea of India is paramount, and what is India without its diverse lands and people.

In his Epilogue, Chaturvedi reflects deeply on the absence of probity in service life today. But as is typical of his analytical mind, he provides a quick solution rather than harping on the known degrading morality. He says: “The officers who help politicians collect money for their parties or for personal expenses, or lose their ability to work independently will be identified. In case of gross violation, officers guilty of such infringement need to be compulsorily retired, and politicians debarred from participating in the electoral process for a minimum of three years……..It is extremely important to promote probity in public life of ministers and secretaries to the government.”

With this book, B K Chaturvedi has provided detailed insights into the corridors that decide our country’s fate. And, from his writing, it is most evident that this is a life of difficult decisions that can be successful only by maintaining the highest moral standards. If a civil servant fails in this essential practice of eclipsing unnecessary power with probity, our governance stands deeply compromised. And, who better to elaborate on this than Chaturvedi – a celebrated civil servant with an exceptional sense of duty and a sharp, analytical mind that rarely fails to find a solution.

For those interested in policy and curious to know what influence India as a nation, this book is engaging, filled with information and very personal, yet professional — succinctly defining the very life of a successful civil servant whose every day is a complex mix of decisions, duty and conscientiousness.