"The Paradoxical Prime Minister" | The new India we seek

In his new book , The Paradoxical Prime Minister, author Shashi Tharoor asserts that the vision for a New India must not limit growth to only a few sects of people – rather, emphasis should be laid on inclusive development. The New India I want is a country where you won’t get lynched for the food you eat, marginalized for the faith you hold dear, criminalized for the person you love and imprisoned for making use of fundamental rights guaranteed by your own Constitution.

Instead, we must look forward to a New India that celebrates and welcomes pluralism, an idea vindicated by history itself. To me, this New India must be fundamentally rooted in the idea of India that our founding fathers believed in. After all, as I’ve asked in a different context, if you don’t know where you are coming from, then how can you know where you are going? 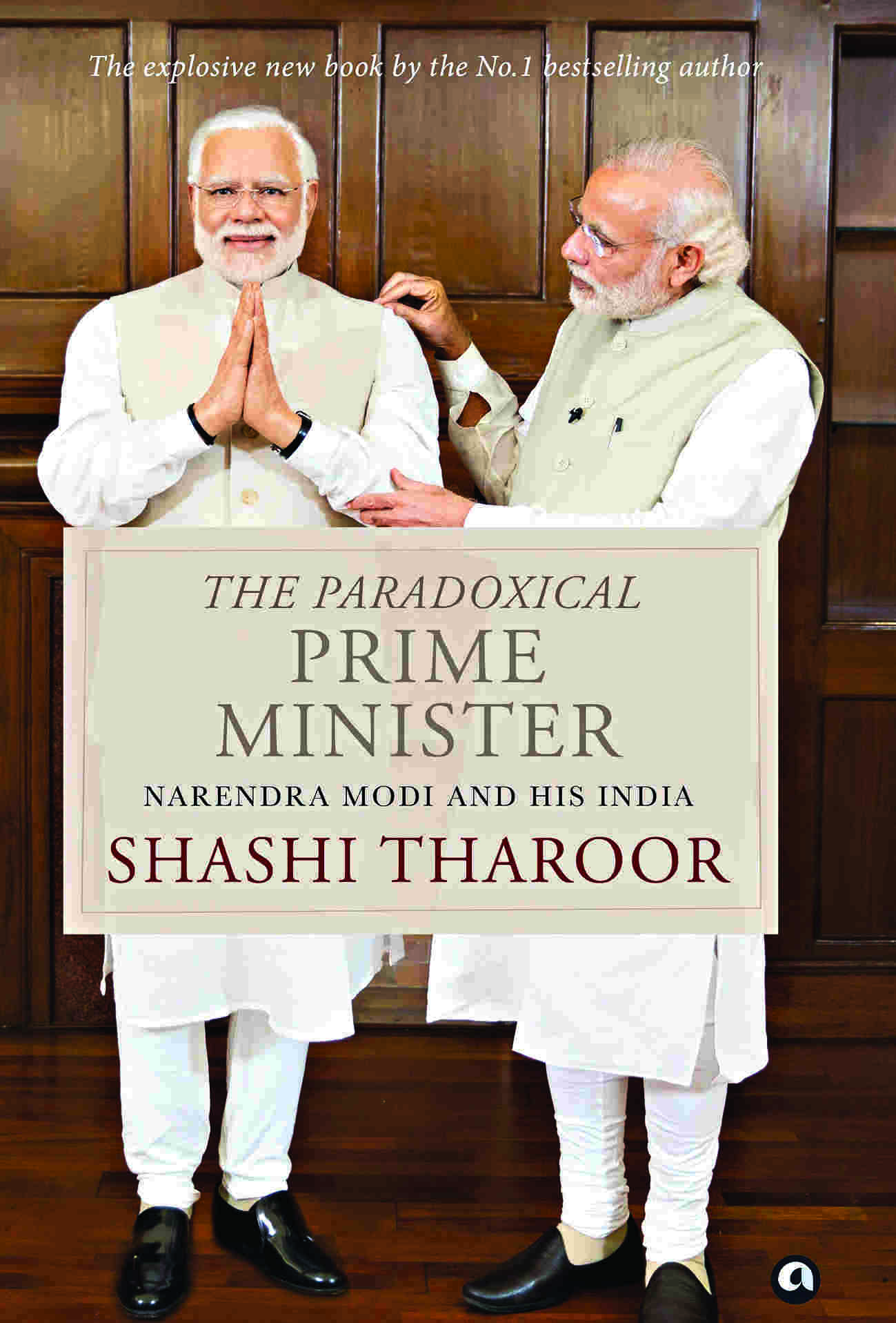 This nebulous ‘Idea of India’ – though the phrase is Rabindranath Tagore’s – is, in some form or another, arguably as old as antiquity itself. Pt Jawaharlal Nehru saw our country as an ‘ancient palimpsest’ on which successive rulers and subjects had inscribed their visions without erasing what had been asserted previously. We not only coexist, but thrive in our diversity which is our strength. Swami Vivekananda spoke of a Hinduism that not merely tolerates other faiths but accepts them as they are. This acceptance of difference has been key to our country’s survival, making ‘unity in diversity’ the most hallowed of independent India’s self-defining slogans.

India, as I have long argued, has always been more than the sum of its contradictions. I write in the introduction about the Indian idea, which is that a nation may endure differences of caste, creed, colour, conviction, culture, cuisine, costume and custom, and still rally around a consensus. And that consensus is around the simple idea that in a democracy you don’t really need to agree – except on the ground rules of how you will disagree. It is the idea of an ever-ever land – emerging from an ancient civilization, united by a shared history, sustained by pluralist democracy...

For New India to succeed and indeed thrive, it will have to embrace this inclusive vision and draw its inspiration from the key tenets of the core ‘Idea of India’. Only by maintaining a commitment towards a democratic and pluralistic ethos can New India be able to fulfill the aspirations of all Indians. Interestingly, the need for our government to preside over a harmonious plural society springs not just from the core values of our country and need for insaniyat (or humanity), to use Mr Vajpayee’s phrase, to guide our leaders’ actions, but also from good old-fashioned economics. An eye-opening report, first published on Indiaspend.org, a public interest NGO, pointed out that ‘if India discards religious beliefs that perpetrate caste and gender inequalities it could more than double its per capita GDP growth of the last sixty years in half the time.’

At the same time, we must also be conscious that preserving our ideological commitment to pluralism, acceptance and the freedom provided by our democratic systems is only one-half of the battle. Providing a decent standard of living to the people of India, particularly those from economically vulnerable groups, is the second commitment that we must undertake in our blueprint for a New India.

Our inclusive vision of New India must be complemented by inclusive development as we move forward. We can talk of a New India, and yet, many of the battles India has been fighting – and must continue to fight – continue to centre around our principal basic problems of roti, kapda, makaan and now, sadak, bijli and paani, plus no doubt broadband (to most people in our mobile phone age, 4G is more important than Modi-ji).

The prestigious Forbes magazine list of the world’s top billionaires had to make room for 119 Indian dollar billionaires in 2018, with a combined net worth of $440 billion, greater than the GDP of a majority of member states of the United Nations. But at the same time we have 363 million people living below the poverty line. And it’s not the UN/World Bank’s poverty line of $1 a day, now revised to $1.25, but the Indian poverty line, which in the rural areas is Rs 32 a day – in other words, a line that’s been drawn just this side of the funeral pyre. This is our reality and this is what our blueprint for a New India must address – creatively, quickly, and securely.

New India must be built on the liberalization we embarked upon in 1991. Economic growth remains vital to pulling people out of poverty. But the fruits of that growth – the revenues that come from it – must be shared with those who are excluded from its benefits. The magic of the market will not appeal to those who cannot afford to enter the marketplace. As India navigates its development, we must focus on ensuring that the benefits of growth are shared across the nation – by our youth, who are struggling to find jobs, and by our poorest, for whom true development would be life changing.

You can choose a New India that embodies hope, or one that promotes fear. You can support a New India united in striving, or an India divided by hatred.

I believe we can look forward to a New India with confidence, if not with optimism. But we must build this New India on solutions to our major challenges. We have to overcome our poverty. We have to deal with the hardware of development, the ports, the roads, the airports, all the infrastructural progress we need to make, and the software of development, the human capital, the need for the ordinary person in India to be able to have a couple of square meals a day, to be able to send his or her children to a decent school and to aspire to work a job that will give them opportunities in their lives to transform themselves. We have to tackle and end corruption.

We need to conquer these challenges, real challenges which none of us in India can pretend don’t exist. But it must take place in an open society, in a rich and diverse and plural civilization, one that is open to the contention of ideas and interests within it, unafraid of the prowess or the products of the outside world, wedded to the democratic pluralism that is India’s greatest strength, and determined to liberate and fulfill the creative energies of its people.

We must remain faithful to our founding values of the twentieth century if we are to conquer the challenges of the twenty-first and build the New India that we seek. Our New India will shine. But it must shine for all.