Home > Book Review > The Man of all Trades

"Corporate Yogi: My Journey as a Spiritual Seeker and an Accidental Entrepreneur" | The Man of all Trades The story that emerges from Arvind Lal’s book is undoubtedly fascinating. It begins with a terrible tragedy of Arvind’s only brother, younger than him, who, in a state of drunkenness, shot dead his father, a pre-World War II commissioned Army doctor, who after opting for premature retirement in 1947, was successfully running a pathology laboratory. Arvind’s mother and he dealt with the shattering shock and its aftermath, with courage and the support of their family’s spiritual mentor, a very young and devout saint known as Haidakhan Baba. 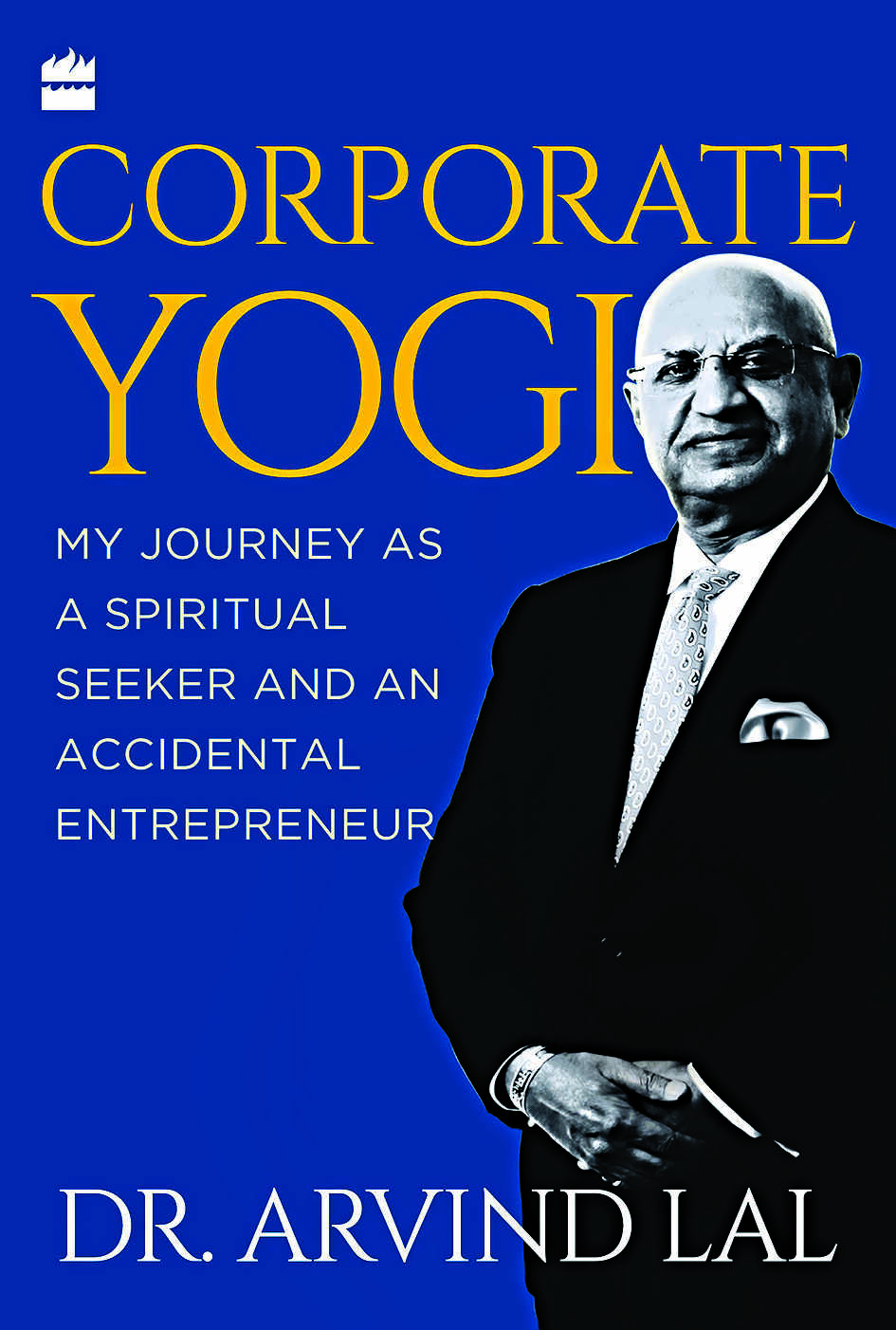 A student of Delhi’s Modern School, Arvind’s ambition of becoming a naval aviator was put away, owing to weak eyesight. On the advice of his uncle, a naval officer, he chose medicine and joined the Armed Forces Medical College (AFMC), Pune, where after an MBBS, he was back for post-graduation and was also designated as a teacher and hostel warden, the only ever civilian to hold that post.

Following the ordeal of his father’s death and its aftermath, Arvind’s mother and he were set to face the future. Arvind had to leave the enviable triple involvement at AFMC to take over his father’s legacy of a path lab.

Maj Dr S K Lal began his career as an army doctor in the Indian Medical Service, later re-named Royal Indian Army Medical Corps and belonged to a genre of Indian Army doctors who saved many a soldier’s life through the challenges of the bloody Second World War, in which 2,50,000 Indian Armed Forces formed a highly war-winning component of the Allies. After partition, Maj Lal, a pathologist by profession, came to partitioned India from Rawalpindi. Having left the Army, he set up a lab in Delhi as the Central Clinical Laboratory in 1949, with about 30 patients visiting every day.

After taking over his father’s lab, Dr Arvind Lal changed its name to Dr Lal PathLabs and not much later, launched new testing methods and introduced more tests. Reacting to the first technological challenge, Arvind added an auto analyser after it was launched in 1982 and the first testing for hormone in India in a private lab was done by Dr Lal PathLabs in 1981. Before that, no thyroid test could be done in a private lab. That thought led him to create collection centers in different parts of the city. From there on, a patient could visit a centre close to his house, give his blood sample, go back to his house eat his breakfast and again in two hours come back and collect his reports. This is how Arvind introduced franchising – probably for the first time in healthcare in the world.

Since 1980, Dr Lal PathLabs is following the same kind of franchise agreement. Today, more than 95 per cent of the collection centres are franchised. With this, Dr Arvind Lal solved one of the greatest problems in healthcare – that of accessibility. Presenty, Dr Lal PathLabs conducts about 700 home visits every day, operating nearly 200 labs, including Asia’s biggest lab at Rohini, New Delhi, with 2,100 collection centres and pick-up samples from another 5,000 medical establishments all over India. The lab tests over 70,000 patients every day and its record till 2017, has been of having tested over 15.5 million patients.

Arvind and his family maintained their close contact with Haidakhan Baba and no matter what agnostics or cynics think or say, there is power in spiritual devotion, meditation and linked issues related to the Hindu religion or civilisation, which the Western world does not understand but has done enough damage to. Dr Lal PathLabs (LPL) has become one of the most reputed laboratories in Asia having to its credit a record of 28 labs accredited from the National Accreditation Board for Testing and Calibration Laboratories (NABL, Ministry of Science and Technology, Government of India). It has achieved international recognition in the form of accreditation from the College of American Pathologists (CAP - USA).

Dr Lal has revolutionised laboratory medicine by introducing a maximum number of new tests, instruments and ICT (Information, Communications, Technology) systems in India. His R & D unit has done India proud by developing the latest tests in molecular diagnostics, cytogenetics, genetics and many more. The aim of the R&D division is to provide highly specialised tests at low costs to the weaker sections of society.

Arvind is a member of many expert and advisory bodies constituted by the central and state governments. He is accredited to having the first PPP (Public Private Partnership) in the field of laboratory testing with the Tripura government since 2004 and later with the Gujarat government for testing over 30,000 new born babies in 2011- 2012. In 2017, NITI Aayog appointed him as the Convenor of the Working Group on Diagnostics that submitted a model PPP to the Aayog that will form the template for future PPPs in diagnostics with the central & state governments. He is currently the Chairman of Health Services Committee, FICCI. Dr Lal is also an active member of NATHEALTH, Healthcare Federation of India, National Healthcare Committee of CII and has played a significant role in promoting the Indian healthcare sector abroad. He is also leading the Healthcare Sector Skill Council (HSSC) Curriculum Development Committee for Paramedical Training in the field of Laboratory Medicine.

Appointed as the Honorary Physician to the President of India in 2001, Dr Lal has also been serving as a pathologist to almost all the past and present Presidents and Prime Ministers of India. His laboratory is the nodal laboratory testing the largest number of government employees in India from CGHS, ECHS, Ministry of Railways, Delhi Government and many others. He has been invited as the Keynote Speaker at IIM-Ahmedabad and also by the Harvard Business School, USA. In 2016, IIM-Ahmedabad published a Case Study on Dr Lal PathLabs as a part of their teaching curriculum.

Awarded the Padma Shri, Dr Lal is also the first civilian doctor to be granted an honorary Brigadier’s rank in the Armed Forces Medical Services.

In 2015, under his leadership, his company had one of the most successful IPOs in the recent history of the National Stock Exchange. In 2016, All India Management Association (AIMA) conferred on Dr Lal the ‘Entrepreneur of the Year’ award. In 2017, Dr Lal was conferred the ‘Lifetime Achievement Award’ by Federation of Indian Chambers and Commerce (FICCI).

Apart from all the achievements mentioned, the book with many enjoyable anecdotes, makes for a delightful read.