Home > Book Review > The man in the mob

"The Anatomy of hate" | The man in the mob

The book will remind you that in social tension, even your most loved neighbour can be manipulated to becoming your plunderer; discusses Radhika Dutt ‘10 per cent of any population is cruel, no matter what, and 10 per cent is merciful, no matter what, and the remaining 80 per cent can be moved in either direction’. This pithily describes how an innocent crowd can turn into a violent mob, a tragedy secular India has struggled to overcome. Revati Laul’s first book, The Anatomy of Hate, describing the mob that had perpetrated the horrific Gujarat riots of 2002, further emboldens this premise. It is an unnerving narrative around the minds and lives of those that had wielded swords against their dear countrymen, mostly helpless Muslims. When we witness mob violence, our most immediate reaction is of bewilderment – as if, we cannot interpret their actions. But, in fact, as Laul emphasises, ‘The most terrifying truth about a mob is not that we cannot understand how they operate, but that we can’. 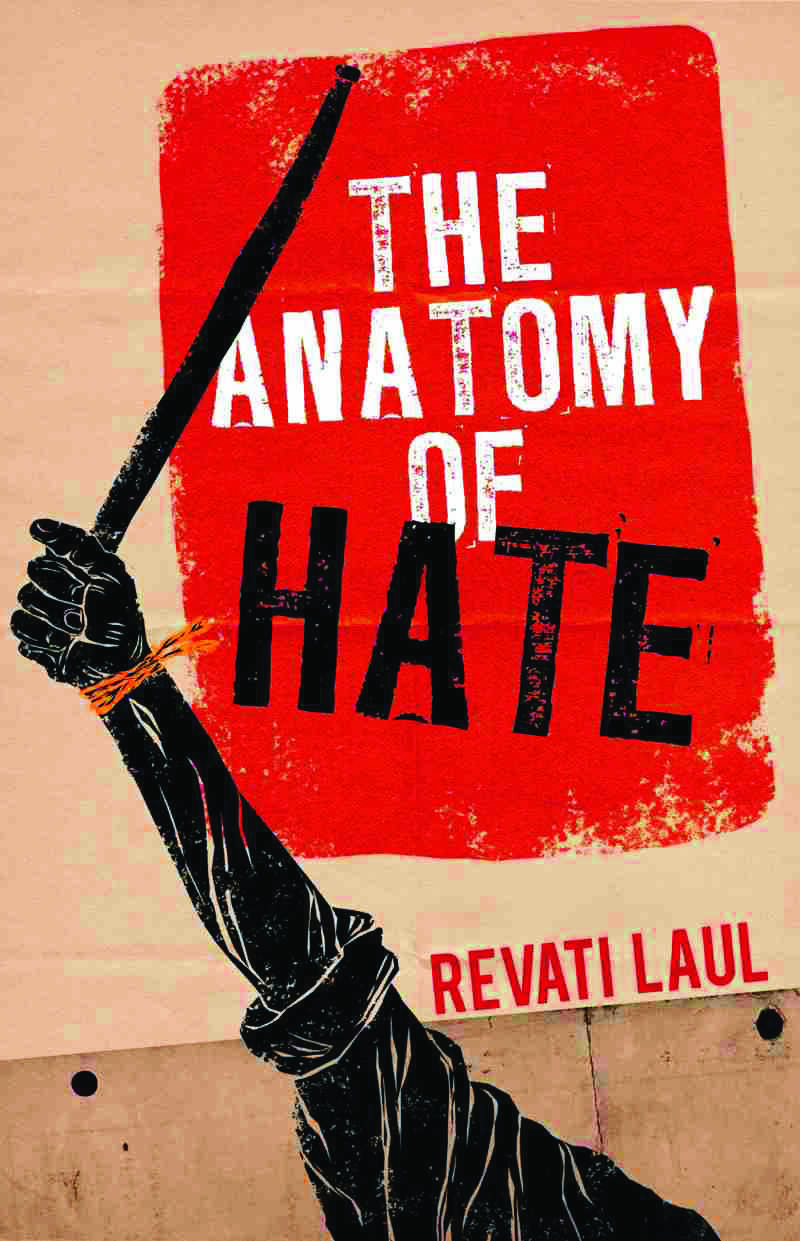 True, with meditated analysis, we do earn a glimpse into the mind of the perpetrator; and, when we unravel the secrets of hate sown there, the finger of blame is more difficult to direct. The immediate man, then, is merely a puppet – and his actions, choices and destination are mediated by strings in another’s hand.

After 58 Hindu pilgrims were burnt in a train in Godhra in 2002, hell had broken loose across Gujarat. Hindus in the state, a largely peace-loving group, did not hesitate to wear their most brutal mask while savaging Muslims, who they believed were all responsible for the Godhra attack. In a day, friends turned into foes, families crumbled, hundreds were rendered homeless and fear announced her arrival as an everyday facet of life. While these facts are known – Laul shows us a new horizon. She takes us where the mob is the subject and the man in the mob is not a mere number. She takes us into the homes, lives and turbulences of three men who identified themselves as the Hindu mob on that fateful day of violence. She then disintegrates their lives, before, during and after, to remind us that a mob is more than just a mere cluster of people.

Suresh, Pranav and Dungar – the three protagonists of Laul’s tome – give readers three different lenses to read the contours of Gujarat in 2002. Suresh, belonging to the cursed Polio generation, was the most crippled, both physically and mentally, by his unforgiving disease. Years of harassment at home, a fractious caste lineage and deep-seated anger that burst out ever so often, had all cocooned in Suresh a strange desire to harm and derive joy of another’s grief. Among the most ghastly stories of the riots, there was one of a pregnant woman being killed, her stomach ripped and foetus dragged out – Suresh had orchestrated this plunder of human dignity. While he will make you cringe, his story will, for a moment, compel you to empathise with his misfortune that could’ve been avoided had our society, first, been more encompassing. Suresh’s story, among the rest, is the most painful – in his actions as the mob, his everyday brutalising of his wife and ultimate helplessness when clamped down by law.

Dungar, a confused pawn desperate to shed his tribal identity in favour of the Hindu fold, found in the riots a most opportune time to display his political acumen and shed years of shame that had complemented his tribal identity. Affected by his family’s ruthless ways, in consuming alcohol and disregarding religion, in Hinduism he found the antidote to his soul. Yet, as he would soon realise, his salvation was another’s machination – fundamentalist groups only capitalised on his desperation without leaving much to his benefit. Pranav, finally, is the educated face in the mob; whose actions were unthought, meagre but yet, soul-stirring in that it revolutionised the boy into a man.

The three stories are engaging, thoughtful and lend a new lens into understanding the mob. Built on 10 years of research, The Anatomy of Hate is a fantastic read. It comprehensively discusses the aftermath of Godhra while specifically highlighting the men who made the mob. Laul’s book is invaluable, especially today, as we witness a resurgence of vigilante mobs and still possess inadequate knowledge in containing our very own – the 80 per cent that can be swayed in any direction.