This account of India’s covert naval operations is a glimpse into the lives of unknown heroes whose valour and sacrifice have made subsequent feats possible, writes Kavya Dubey After Sheikh Mujibur Rahman won an electoral mandate to become the Prime Minister of Pakistan, the scourge of Pakistan Army in 1971 (in Bangladesh) resulted in the killing of nearly three million Bangladeshis. This genocide and the influx of over eight million refugees led India to militarily confront Pakistan. The historic day of December 16, 1971 saw the formal surrender by the Pakistani Army; close to 93,000 Pakistani nationals surrendered as prisoners of war to a joint command of the Indian Army and Mukti Bahini, Bangladesh’s freedom fighters. 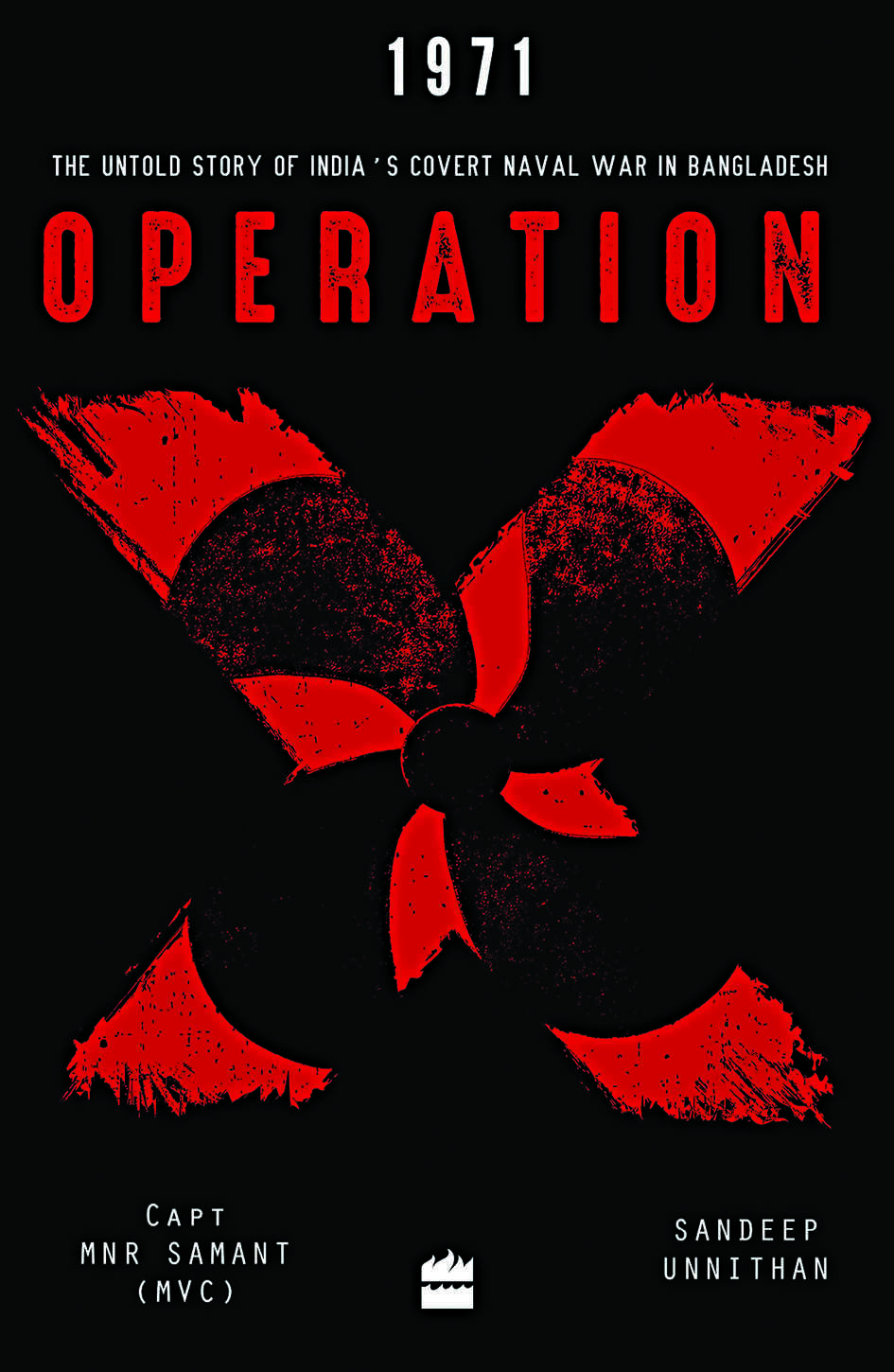 The war for liberation of Bangladesh has been documented extensively. Land and air battles are established to have been crucial to the outcome but popular perception prevails that except for operations by carrier-based aircraft in the Bay of Bengal and an attack on Karachi during the

conflict, the Indian Navy had an insignificant role in the developments leading to the liberation of Bangladesh. It is only after more than four decades of Bangladesh’s liberation that this misconception may be corrected.

Capt. MNR Samant, the first author of this book was awarded the Maha Vir Chakra for exceptional gallantry in the conduct of covert commando operations in Bangladesh. These operations had commenced well before the official declaration of war in December 1971. Co-author Sandeep Unnithan writes on matters pertaining to defence and national security. Their account of naval commando operations also sheds light on how incumbent Prime Minister Indira Gandhi approved and personally monitored these covert operations in Bangladesh, carried out under the supervision of then naval chief, Admiral SM Nanda and the director of naval intelligence, Captain (later Vice Admiral) MK Roy.

It was on humanitarian grounds that the role of the Navy in Bangladesh emerged at that juncture. There was a virtual rebellion in the Pakistan Navy after the uprising in Bangladesh took off. Eight Bengali naval personnel deployed in a recently acquired French-built submarine, the PNS Mangro, decided to walk out of the Pakistani Navy and join the freedom struggle after knowing the horrific details of Pakistan Army’s killings in Bangladesh. The submariners came to the Indian Embassy in Madrid seeking India’s assistance in returning to their country. These sailors formed the base on which the Indian Navy built its offensive and played a key role in contacting and providing local support for the covert operations undertaken to destroy logistical facilities across coastal areas of Bangladesh ahead of the military operations.

This book gives an insight into how covert operations are executed on foreign soils and are constantly fraught with danger. A captivating read, this account outlines the difficult diplomatic situation that the Indian leadership was in in the face of the

emergence of a virtual US-China alliance which had been built with Pakistan as an intermediary. The epochal 1971 altered the strategic scenario across India’s eastern borders.

Bangladesh has since bloomed into an entity leading in exports of textiles and textile products. Increasingly self-sufficient in its food needs, the eastern neighbour has come a remarkable distance from an economy always leaning on international aid for its existence. The country has made a fine transition from military influence following its independence, to a vibrant democracy of present times, and is now a steady friend for India. The interesting flip of narrative is that it is now not Bangladesh but Pakistan which subsists on foreign aid to make its ends meet. Further, being among the fastest-growing economies in the world, Bangladesh is approaching to overtake Pakistan’s GDP in the next few years.

In what has led to this day for Bangladesh, this account of the covert naval operations is a glimpse into the lives of unknown heroes whose valour and sacrifice have made subsequent feats possible.