"Ocean of melancholy" | THE ANATOMY OF KARBALA

Alo Shome's pioneering work provides an avenue for non-Bangla readers to take a dip into Mir Moshrraf Hossain's iconic narration of the Karbala tragedy and its aftermath. Translation is an intricate art which can become very difficult when the original piece belongs to a different historical period. Alo Shome has done a commendable job in translating Mir Moshrraf Hossain's Ocean of Melancholy – without sacrificing originality and by retaining culture in the best possible manner. His efforts have enabled non-Bangla readers to enjoy Hossain's historical narration in Bishad Sindhu and go back in time to events that led to the tragic battle of Karbala. 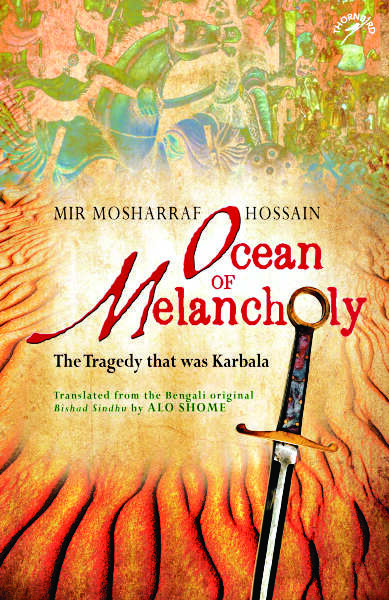 According to Islamic history, the Karbala tragedy is regarded as one of the saddest and darkest days. Divided into small chapters, the novel revolves around the killing of the two grandsons of Prophet Mohammad (SAW) – Hassan and Hussein. On the 10th day of the month of Muharram (Islamic calendar) in 61 AH (Anno Hegirae), both grandsons of the Prophet along with all the members of their family – including women and children – were martyred. Muharram is the first month of the Islamic calendar and the Karbala deaths are mourned by every Muslim on the 10th day of the month.

Yazid, the son of the king of Damascus (Syria) always had an eye for the throne of Medina (Saudi Arabia). The Umayyad caliph's greed was not just limited to the throne; he also wanted to get hold of Hussein's wife – Zainab. Upon asking for help and seeking an assurance of allegiance from the people of Kufa (Iraq) for a rebellion against Yazid, Hussein decided to travel and offer his support despite resistance from various scholars of the era. A prominent poet of that period warned Hussein, “Don't go to Kufa – their hearts are with you, but their swords are with the sons of Umayya.”

On his journey, he and his followers were intercepted at Karbala (Iraq) by Yazid's forces. Many of his followers abandoned him and he was left ailing against the Umayyad commander – Umar bin Saad. Hussein's head was slaughtered with a sword after his throat was pierced with arrows and was carried back to Damascus. Eventually, all other members of the Prophet's family were murdered –including women and children.

The historical novel is divided into three parts – History of the Muharram, Rescue and The Killing of Yazid. The dramatic plot has deep mythological roots. Along with its heroic acts and the existence of the supernatural, it makes for a distinctive read. Apart from drawing a historical perspective, the diegesis also explores the sufferings and pain of human life injected by hatred amongst men.

In Shome's book – the graphic description, human emotions, greed, foolishness and sufferings, are well-balanced, deeply indulging the reader. A lot of people are aware of Muharram, but not many know the story underlying the tragedy. Ocean of Melancholy bridges the gap between Moshrraf's work and world readers.

From a literary perspective, the novel would hold a prominent place in the realms of spirituality, mysticism, romanticism and supernaturalism. Without many ornaments, Shome's translation is fluid, making it comfortable for readers to understand.