"Zucked: Waking Up to the Facebook Catastrophe" | Technology in a political veil This is one occasion on which I have been convincingly reminded not to be over-expectant about anything.Wen I flipped open ace venture capitalist-cum-musician Roger McNamee’s splendidly titled book Zucked: Waking up to the Facebook Catastrophe, I had expected a rigorous exposition of how Facebook, one of the most illustrious members of the world’s Big Tech fraternity, has been misusing its technology, economic muscle, innovative genius and monopoly power to fool and cheat its millions of unsuspecting consumers, many of whom have now become FB addicts.

Instead, what I received was a liberal American activist’s desperate obsession to prove that Donald Trump’s election as president of the USA in 2016 was rigged. Writing more like a political ideologue than a specialist in private equity (PE), technology companies or the history of Silicon Valley, McNamee starts the book by referring to the 2016 American polls, claiming that Russians influenced these elections using Facebook.

He repeatedly makes this assertion on and on throughout the book without providing even an iota of evidence to substantiate his claim. McNamee’s work lacks structure and the author goes on umpteen digressions and anecdotes about his own life, his own experiences, his own exploits… as well those of many of his contemporaries. 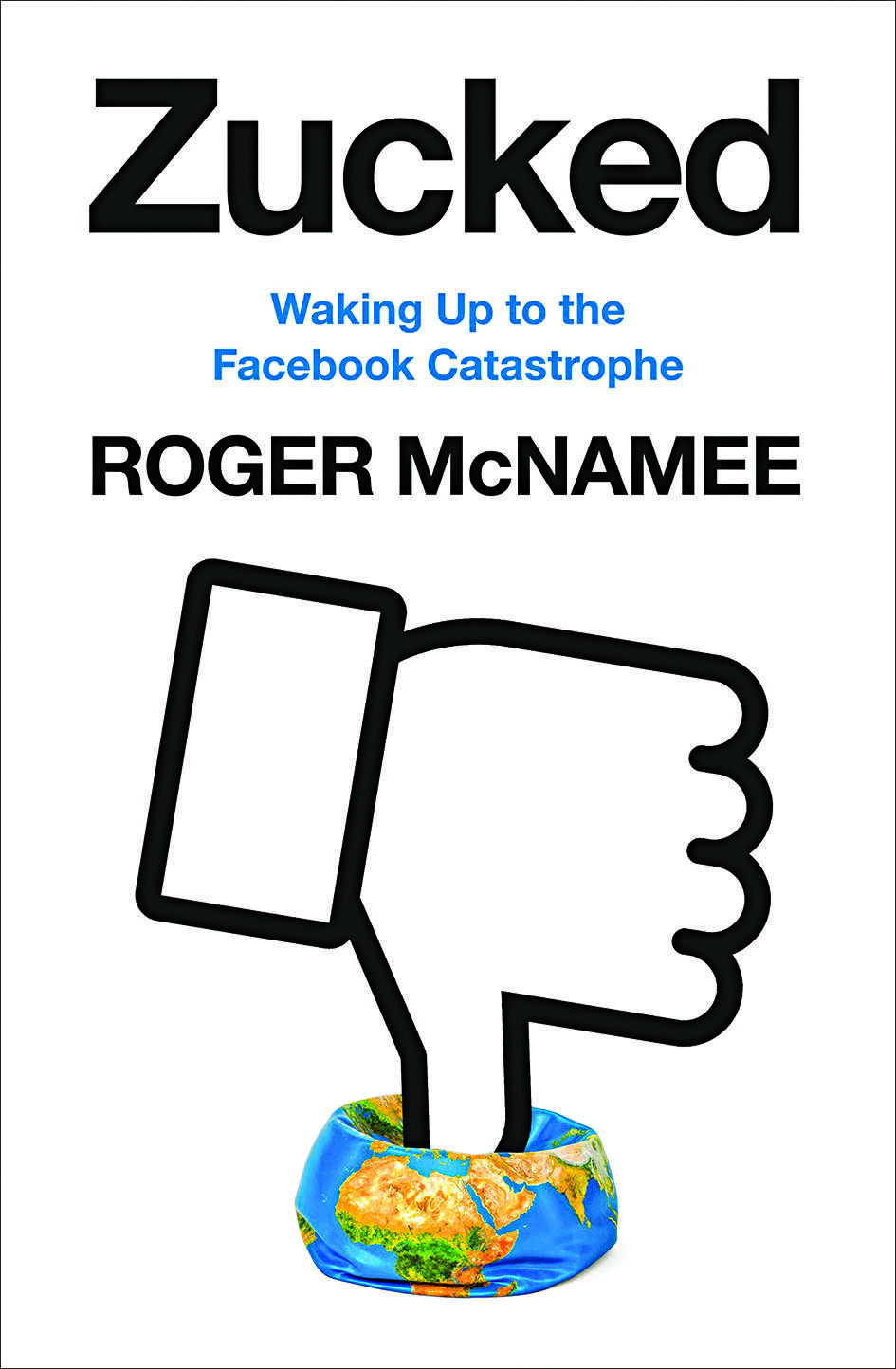 These digressions severely disrupt the flow of the narrative. Besides, McNamee does not give a rigorous explanation to back his claim that Facebook is actually a threat to democracy in his homeland, the USA, and the rest of the world.

To tell the blatant truth, McNamee has ended up writing something that tries to be both a memoir and a treatise on the failings of Facebook and ends up being none of these. Poorly researched and inarticulately written, it comes across as a set of disjointed ramblings about several topics at the same time.

If McNamee really had anything serious and worthy of being written about, he has completely failed to communicate this to his readers in Zucked: Waking up to the Facebook Catastrophe. Perhaps, if he had roped in a specialist writer, editor or journalist as his collaborator, he might have ended up with more luck.

The author also spends a lot of time and space dropping names – although this elaborate exercise, too, does not illuminate in any way his central proposition that Facebook is a danger and menace to human beings at the individual level or the whole of human society in the generality.

What I have written till now would not really induce a Silicon Valley enthusiast or techie or even the general reader to open McNamee’s Zucked. But despite all these obvious and glaring deficiencies, the book does have one attraction that may induce many curious readers to try it out.

The author, a veteran venture capitalist and Silicon Valley watcher, has been privileged with a front-seat view of the evolution and progress of key players, companies and technologies that have completely revolutionised our lives over the last four decades. He counted among colleagues, friends and acquaintances many of those who ultimately became titans and legends of the America-led international information and communication technology revolution (ICT.)

Thus, many of the anecdotes, incidents and events narrated in this book are gold mines for their own sake. Although McNamee has comprehensively failed – or rather not even tried – to weave his close-range experiences of Facebook and other iconic technology companies into an analytically rigorous and convincing exposition of how they have failed the American and international public that reposed enormous trust and faith in them, his book is undoubtedly a treasure trove of anecdotes for a Silicon Valley or technology connoisseur.

So, if one ignores the book’s name or is ready to pardon the author for – consciously or unconsciously – disguising his efforts to present a politically and ideologically motivated tract as an expose on wrongdoings in Facebook and the US technology world, the book has plenty of flavour and spice as a pure work of history.

The Prologue, 14 chapters, Epilogue, Acknowledgments, two Appendices and a rather long bibliographical essay can be read in any order as there is no continuity or rhythm whatsoever in the structure and writing. In fact, now that I come to think of it, it reads more like a set of interesting essays than a well-planned, integrated book.

Maybe, in his second edition – if and when there is one – Roger McNamee can consider giving Zucked: Waking up to the Facebook Catastrophe a more appropriate title to reflect this reality.