"The Assassination of Indira Gandhi: The Collected Stories" | Slices of India

Some sweet some savoury, Upamanyu Chatterjee’s collection presents a most dynamic glimpse into India – its conflicted past and very nuanced present; discusses Mayabhushan Nagvenkar Sandwiched within the provocatively titled book, The Assassination of Indira Gandhi, Upamanyu Chatterjee’s collection of short stories takes a wide sweep of landscapes panning both rural and urban India, along with ‘peoplescapes’, through a range of extreme narratives, which deal with the figurative as well as fecal. 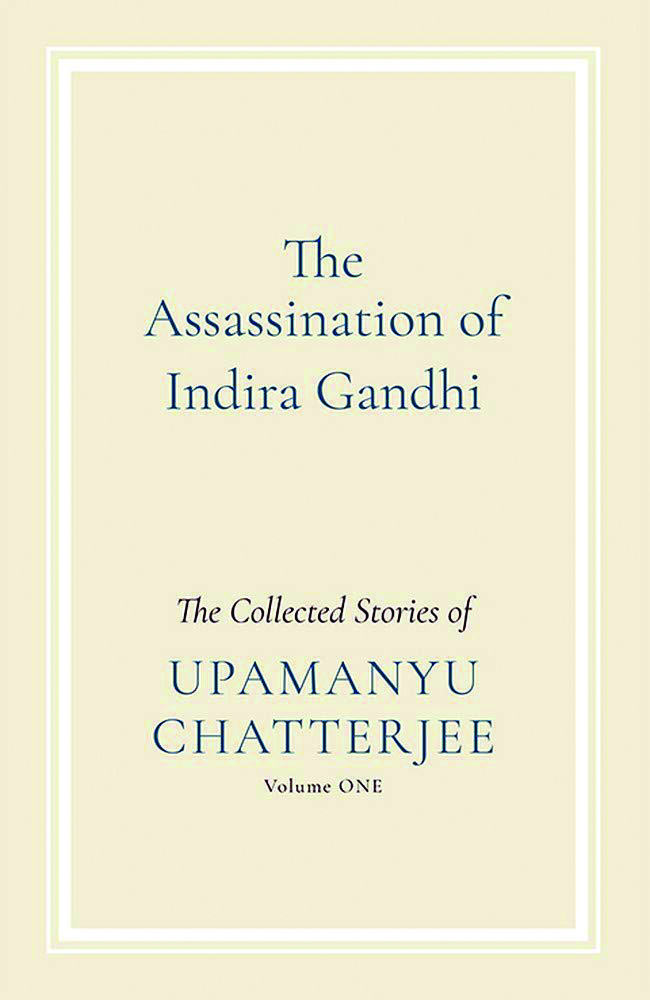 The titular short story comes towards the end of the book, where a jaundice-ridden, fatigued young Sikh boy learns about the assassination of former Prime Minister Indira Gandhi, while recuperating in the confines of his parents’ home in Mussoorie. It makes him ponder over the futility of an unstable world, where fate seems divorced from effort.

The assassination barely plays out in the story, through inputs from television and informed neighbours in the remote hill station home, where the young boy and his parents discuss the events which followed the killing. But the shock value of the short story’s title apparently does enough to cloak it on the cover.

The 12 short stories are written in varied styles, some of them delightfully complex, jargon-filled, while others are stunningly simple in both style and content.

By the way, when one gets an opportunity to chance upon phrases like ‘iambic pentametre’, ‘decolam’, ‘varlets’, among others, in course of the stories, there really is no call for raised eyebrows, as you reach for a dictionary to understand the meaning. After all, Upamanyu Chatterjee was a Shashi Tharoor ahead of his time, when it came to bringing the spotlight on rare nuances of the English language, much before Tharoor’s literary adventures were a raging trend on social media.

The collection opens with a cloak and dagger story, about how British ambassador Sir Thomas Roe dawdles his way through local customs, courtiers, satraps, the weather and corruption in order to present himself at the court of Emperor Jehangir.

The other stories include ‘Othello Sucks’, in which a seemingly upper-middle class couple comes to terms with their daughter’s warming up to a dark-skinned boy of half Mauritanian descent, after they engage with each other against the backdrop of rehearsals for the Shakespearean play about the Moorish prince, at school.

The other stories are about a young boy avenging his sexual predator, the death of a teenage girl and her classmates’ coming to terms with her demise, the disappearance of children from the village following an encounter with a professional catcher of rats.

The collection of short stories also marks the comeback of the irreverent, but affable young trainee bureaucrat Agastya Sen, the protagonist of Chatterjee’s English August, in the short story ‘The Killings in Madna’, which is a throwback to the stifling, bureaucratic settings of the author’s debut novel.

A bureaucrat himself, it would not be too difficult for the author to recreate the dourness surrounding a young city-bred bureaucrat’s life in a dusty district. But Chatterjee is a master of this craft, which he unleashes through his fictional sub-divisional magistrate under-training and the air of futility through which he plods on.

Another story titled ‘Sparrows’, tackles the phenomenon of sparrows disappearing from modern Indian cities and the doomed efforts of a man who tries to make a pair of birds feel at home within the confines of his city dwelling.

‘Can’t Take This Shit Anymore’ is also a gripping story, which tugs at the heart, about daily humiliation faced by children of India’s manual scavengers in rural India, especially those involved in the dehumanising chore of cleaning dry toilets, which ends on a valiantly optimistic note.

Overall, The Assassination of Indira Gandhi is a book which encases many slices of India and some of them are really savoury.