"The Great Smog Of India" | Silent politics of air pollution Winter in Delhi and across the Nation Capital Region is warmed with discussions of breathing trouble and red eyes; newspapers are duly inundated with stories of air pollution. The season of pollution comes with Diwali, which is also the time of paddy crop residue burning, practised across states of northern and western India. The crop burning in Punjab and Haryana has a massive adverse impact on air pollution. Indian politics, incomplete without its blame game, contributes with its share of mudslinging, which finds new ground with the increasing air pollution levels. Amid this flurry, Siddharth Singh comes out with his first book The Great Smog Of India. 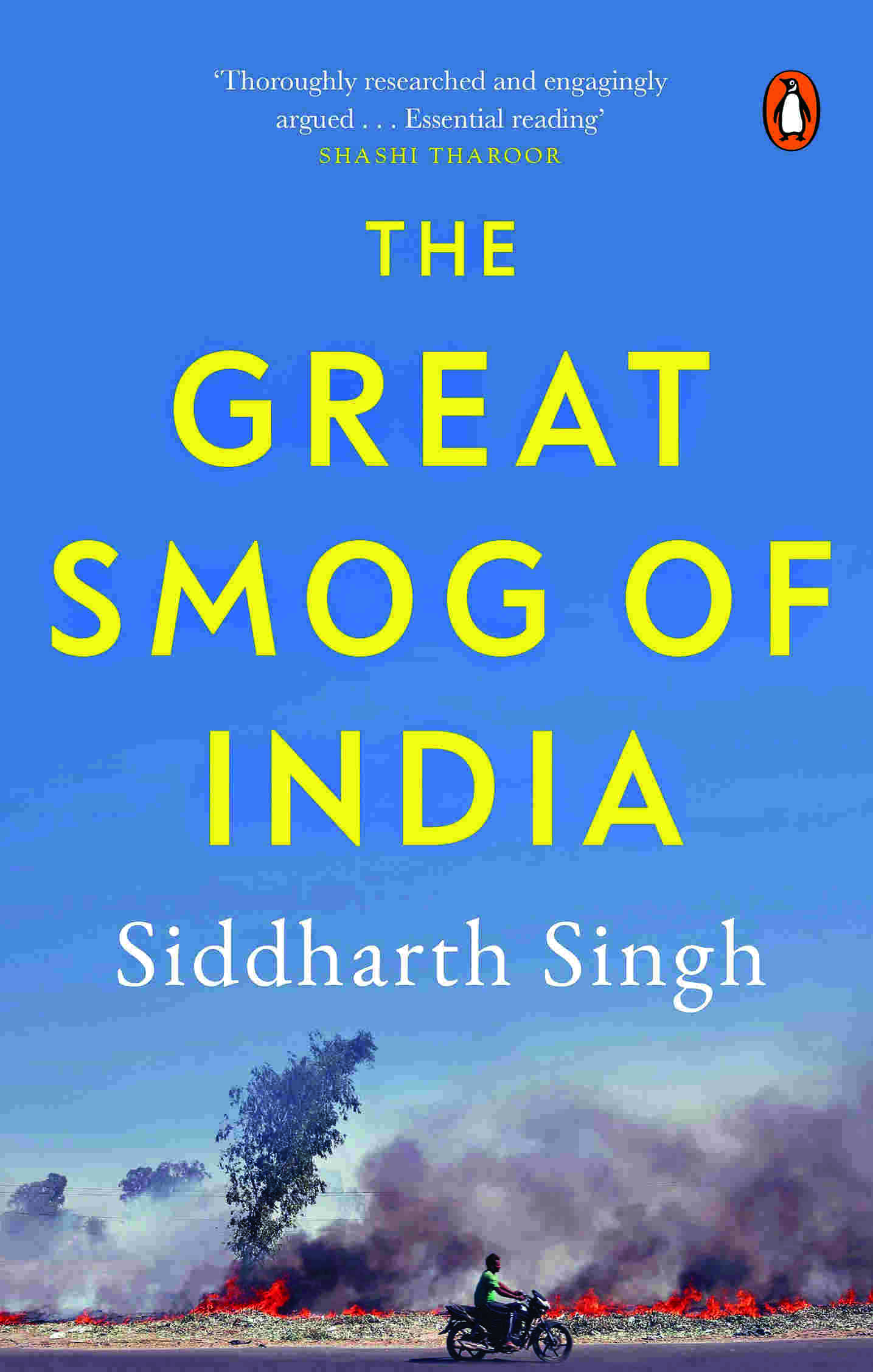 Good research makes a book worthy of reading – and this book has included references from some of the best research ever conducted on air pollution and the environment. Residents of Delhi would have a basic idea of air pollution because of the several stories circulated across local media discussing the city's abysmal destiny; but here Singh’s book becomes important as pollution is truly a pan Indian phenomenon.

When a reader starts reading this book, she/he will not be eclipsed by the monotony of a non-fiction; instead, they can also enjoy the subtle taste of fictional reading. Singh is not verbose neither is he abstruse – he has kept readers away from unnecessary jargons. The key focus of the book is the political economy of the environment.

It isn't that the scientific community or policymakers are unaware of the causes and consequences of air pollution. It is just that the problem is as social and political as it is technological – and human problems are often harder to overcome than scientific challenges. Each sector of the economy that needs reform has its underlying political, economic and social dynamics which need to be addressed to make a credible impact on emissions.

The book is sharp and direct in analysing the energy policy and economic history of agricultural production in northern India. Pollution is a health emergency but it is yet to become a political agenda in our country. Decoding the existing energy and agricultural policies would clear the sky on why political apathy around pollution exists in India.

The book also explains the faulty coal plans and illegal mining activities which have ruined the greenery around the Aravalli and many other places. Singh is not a revolutionary in his book but a policy analyst at its best who tells people, “Air pollution kills over a million Indians every year, albeit silently. Families are thrown into a spiralling cycle of hospital visits, critically poor health and financial trouble impacting their productivity and ability to participate in the economy. Children born in regions of high air pollution are shown to have irreversibly reduced lung function and cognitive abilities that affect their incomes for years to come. They all suffer, silently.”

Starting from the basic causes of pollution to how the climate affects this condition and thoughts on air pollution – this book is a complete package on the air pollution crisis of northern India. The introduction summarises the book with clarity, compelling arguments and a dash of irony as Siddharth Singh demystifies the issue: where we are, how we got here, and what we can do now. He discusses not only developments in sectors like transport, industry and energy production that silently contribute to air pollution, but also the 'agricultural shock' to air quality triggered by crop burning in northern India every winter. He places the air pollution crisis in the context of India's meteorological conditions and global Climate Change. Above all, and most alarmingly, he makes clear what the repercussions will be if we remain apathetic.

Pollution in India is a health emergency and people must know about it. There is an asthma affected child in every household of Delhi; but a major section of India is still in darkness about air pollution. The reason is politics and the very subtle economic agenda behind the environment. Singh is not the answer to every question that readers might have; but he has set the agenda following which readers can ideate questions they have never asked before.