The author makes a laudable attempt at understanding Ray’s films through the lens of actors who portrayed the maestro’s crafted characters; writes Sayantan Ghosh Filmmakers of world cinema always say that the direction of a film lies in its characterisation. Satyajit Ray, one of the most noted filmmakers of India and indeed of world cinema, was an artist. He would draw every character in the storyboard of his films. After drawing pictures of the characters, he often looked for people who could fit best into that frame. 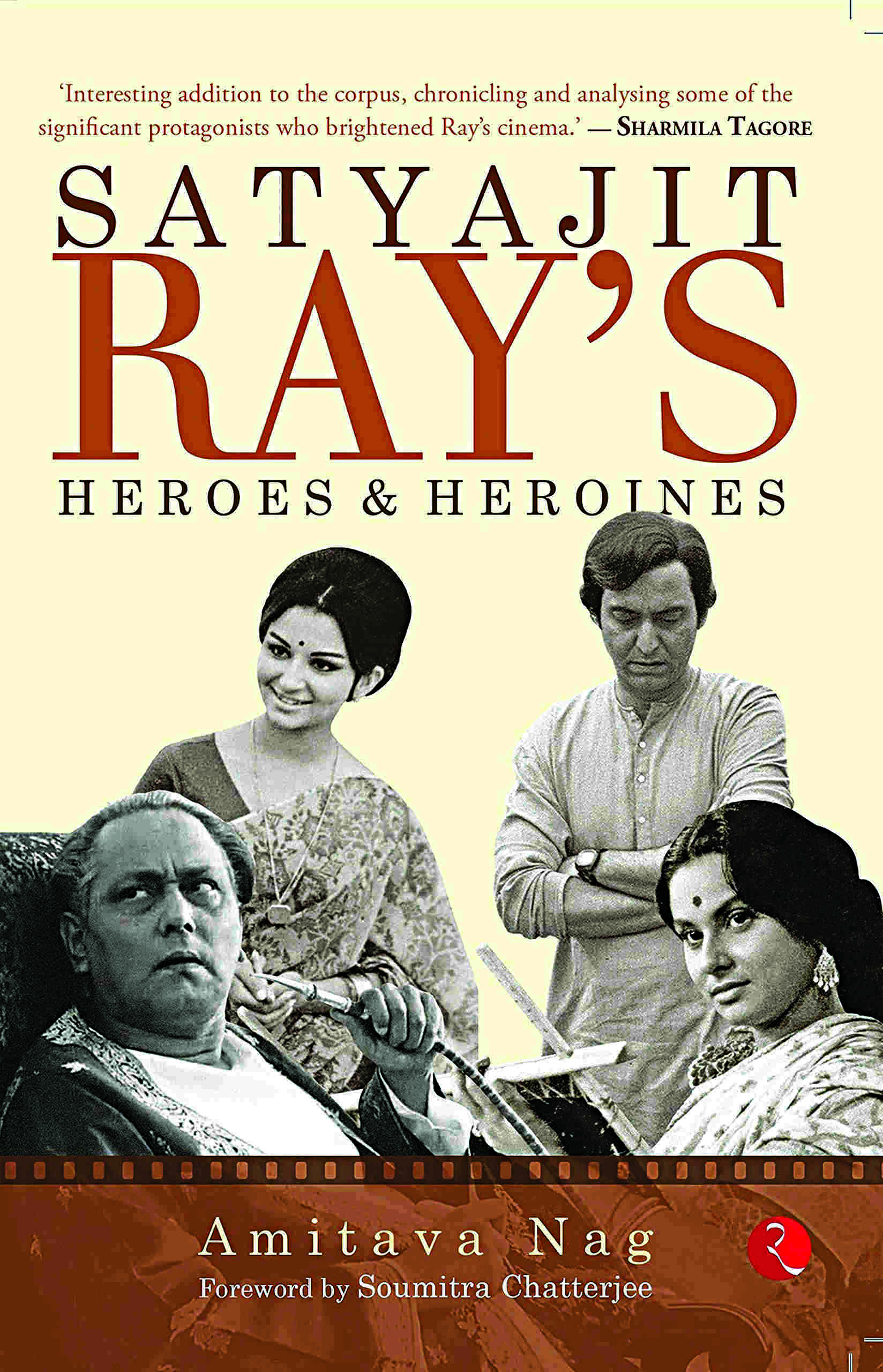 Going beyond traditional biographies, film critic Amitava Nag has come up with his new book, Satyajit Ray’s Heroes and Heroines. Here, Nag delves into the creative process of Ray’s phenomenal characterisation. Unlike other veterans of world cinema, like Akira Kurosawa or Alfred Hitchcock, Ray drafted his characters as independent. In his movies, characters are the prime attraction, sometimes overshadowing stories too. Ray’s nuanced characterisation is often compared to legendary Swedish filmmaker Ingmar Bergman’s.

The author’s lucid writing sheds light on how Ray went about infusing life into both the characters he scripted and the actors he directed. In this book, the author unravels the depths of characterisation, explaining vividly the need to choose each specific character.

For a lover of Ray’s movies, this book is a nostalgic journey. The author painstakingly describes Satyajit Ray’s approach to filmmaking; it was never only about the theme, it was also about the characters who would be best suited to portray his themes.

Starting from the chapter where Nag writes about veteran Bengali artiste Chhabi Biswas and his aristocratic look. “It is not that initially I liked Chhabi Babu’s acting very much. However, he was quite capable in a particular type of theatrical, professional acting. I felt he may fit into the character of Biswabhar Roy in Jalsaghar movie,” Nag quotes Ray to describe the thought process of the director behind casting Chhabi Biswas.

In other chapters, Nag describes the work of ‘Mahanayak’ Uttam Kumar. Ray, who kept himself out of the mainstream star-based casting tradition, chose Uttam Kumar to play two very important characters for two of his films. The first, which Nag describes thoroughly, was in the film Nayak. The author quotes Satyajit Ray on Uttam Kumar: “I must say that working with Uttam turned out to be one of the most pleasant experiences of my filmmaking career... He constantly surprised me and delighted me with unexpected little details of action and behaviour which were always in characters and always enhanced a scene.”

The author also depicts how Ray discovered his blue-eyed boy, veteran actor Soumitra Chatterjee. Satyajit Ray had originally met Chatterjee when he was casting for Apu in Aparajito but found him to be too tall for the character. Later, after Chatterjee had chickenpox, Ray summoned him. And, after taking a good look at him, he asked him to lead Apu in the acclaimed Apur Sansar movie.

The brilliance of Satyajit Ray would not have been complete without depicting how he got the best of Madhavi Mukherjee. Her expressive eyes could easily transition between different emotions. And, in the three films that Satyajit Ray and Mukherjee did together – Charulata, Maha Nagar, Kapurush – she became the prime female face of Ray’s cinema.

This book is not written for a filmmaker, nor for critics. It is for readers who are inclined to explore the inner worlds of brilliant minds. This book is a must read. Lastly, for people who always wonder why Ray’s films are so simple yet deep, this book is the pathway to that heaven.