"Firefighting: The Financial Crisis and Its Lessons" | Saviours of a falling world

Lucid, analytical and insightful, this book provides a most comprehensive reading of the 2008 financial meltdown and its aftermath, whose ripples continue to this day; discusses Proloy Pal Ten years after the worst financial-economic crisis since the Great Depression that started in 1929, three of the world’s finest financial, economic and business minds have come together to gift us a marvelous summary of what had actually happened, why it happened, how it was overcome (although many experts still doubt whether the 2008 crisis has been full resolved) and whether it can happen again. 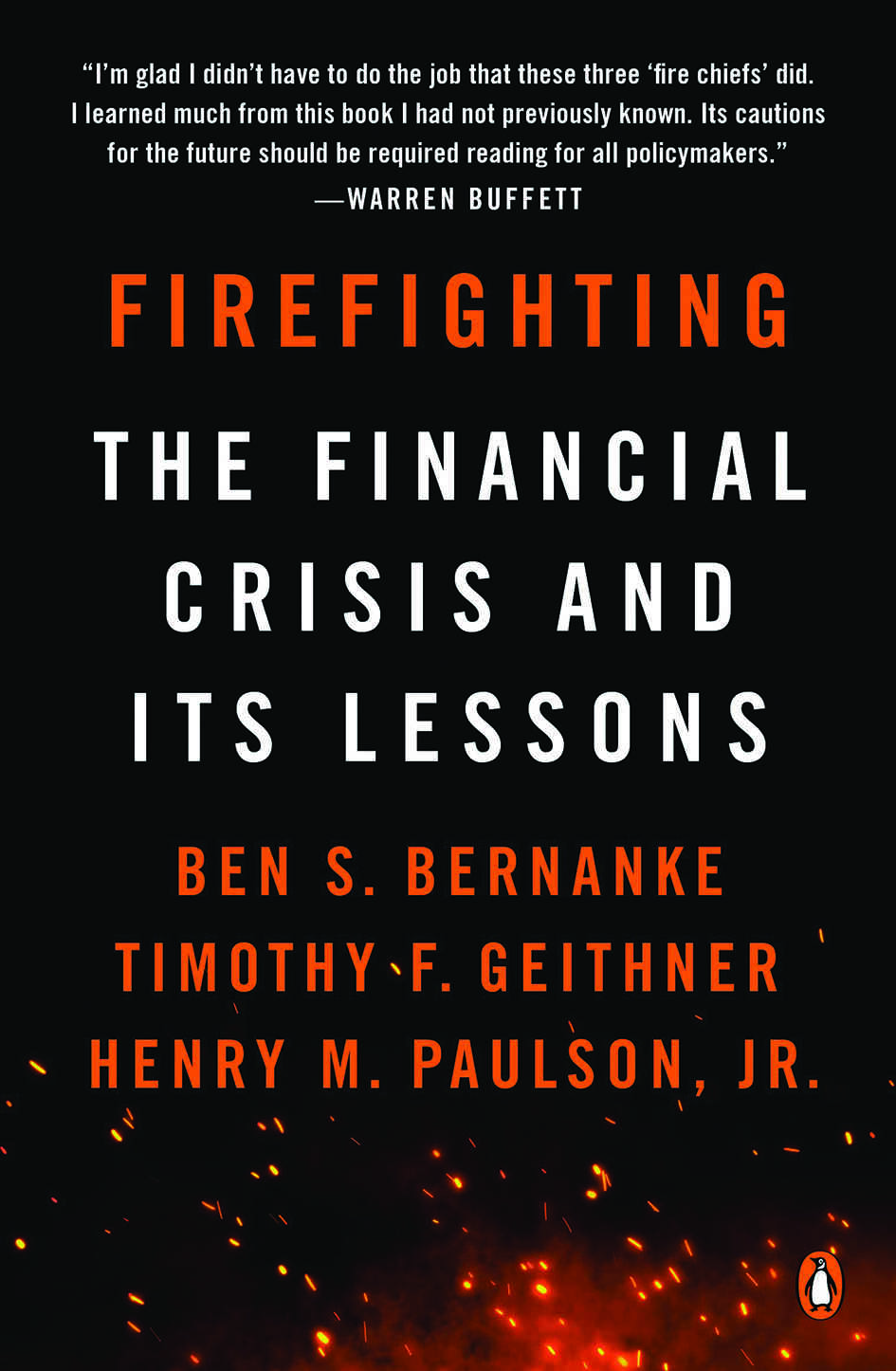 In Firefighting: The Financial Crisis and its Lessons, three titans of public economic policy — Ben S Bernanke (Chairman of the US Federal Reserve Board from 2006 to 2014), Timothy F Geithner (President of the Federal Reserve Bank of New York from October 2003 to January 2009 and US Treasury Secretary from 2009 to 20013), and Henry (Hank) M Paulson Jr (US treasury secretary from 2006 to 2009) combine their extraordinary clarity of thought, technical understanding and communication skills to produce one of the finest accounts of the 2008 Wall Street collapse and the international economic upheaval that followed.

It is also as brief a work as it is brilliant. Just 230 pages in length, it includes a superb 74 pages of charts, graphs and diagrams. What makes the work special is that it is perfectly comprehensible to the intelligent layman and requires no previous background on the technicalities of finance, economics or business.

In this respect, it is unique – probably one of the best books to have been published on the subject since the onset of the 2008 financial and economic crisis. The authors are frank – and humbly so. They sportingly accept that they, too, are as guilty of failing to foresee the

2008 catastrophe and its global consequences as other economists, policy

Admitting their frailties, they embark on an energetic, clear headed and ultra-lucid description of what really happened in 2008 and during the subsequent 10 years. They also provide an incisive analysis to the question: Can it happen again?

Bernanke, Geithner and Paulson Jr’s answer is a frightening “Yes”.

Referring to the financial and economic policy tools that they used to battle the 2008 crisis and gradually bring the situation under control, the authors warn that the US political class has initiated fundamental changes which have severely curtailed the policy leaders’ tools and powers to tackle such a

situation. Thus, in the event of another such financial meltdown in future,

Bernanke, Geithner and Paulson Jr have serious doubts about how much the leaders then in charge will be able to contribute to resolving the crisis.

Although brief, the book is amazingly comprehensive. It seems to have every detail that matters.

The authors’ own intimate day-to-day connection with the historic events allows them to identify the landmark points and distinguish them from the hundreds of other odd facts and figures whose omission does not harm the flow of the story. The key banks, non-bank financial organisations, companies, regulatory bodies, political and other

institutions, and, yes, main personalities and their strengths, weaknesses and idiosyncracies are all faithfully covered.

It is a pocket book that tells the whole story… or at least everything we need to know to understand what really went wrong in 2008. The language is crisp, non-heavy and, most important, non-technical. The charts and diagrams have been carefully chosen to convey the details without unnecessarily burdening the uninitiated reader.

And although written by three forceful writers of strong convictions, both technical and moral, the book does not betray any differences of opinion or perspective that they may have. The unifying theme is how to attack the American economic malaise and parallelly solve the international crisis.

The authors’ American nationalism is undisguised but that does not make them narrow or parochial. Their broad view of world economics and business is diametrically opposite that of their current president, Donald J Trump.

They believe that in the 21st century, one country’s problem is also the rest of the world’s problem. You cannot solve the USA’s woes in isolation and in contradiction to other nations’ vital interests. One country’s economic gain cannot be another country’s ’ loss.

Maybe they should send a complimentary copy to President Trump.