Here is a gripping account of one of the most sensational crimes of recent times involving the plunder of India's cultural treasures. It captures the rise and fall of an art dealer, the man behind the biggest heist of priceless idols from ancient temples in Tamil Nadu.

As Subhash Kapoor cools his heels in a jail in Chennai, the author narrates how he executed the plot to loot idols and sell them to museums around the world with the collusion of people at every level. 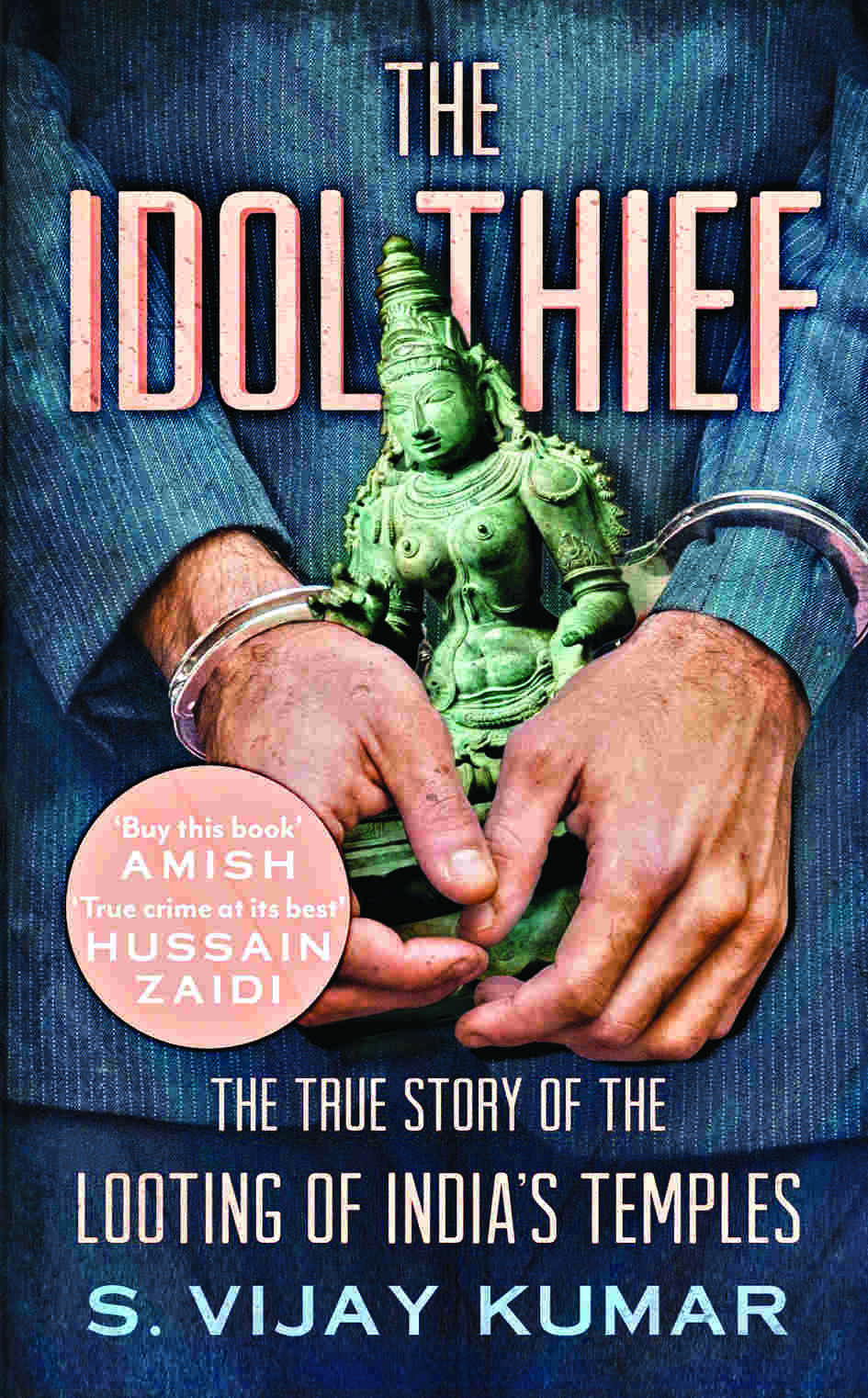 What makes the tale more captivating is that the author is one of the protagonists who not only played a key role in the capture of Kapoor and his associates but also helped in bringing back India's invaluable heritage.

Piecing together real-life events, Vijay Kumar describes how the network functions from thieves in remote villages to art dealers, smugglers, buyers and even experts.

The effort of the author, who describes himself as a shipping executive by day and art-thief-hunter by night, and some other committed volunteers, has helped India get back 27 artefacts during the last four years.

A celebrated art dealer based in New York, Kapoor was arrested by Interpol in Germany in 2011 and extradited to India eight months later. The raids in the US yielded stolen Indian art worth $100 million from his warehouses and galleries. In the subsequent years, antiquities associated with Kapoor have revealed themselves on every continent of the globe.

Kumar writes that Indy, the name he used in the book for an American official who probed Kapoor, was blown away by the art dealer's exploits. "There were tonnes of shipments coming in by ocean containers, airfreight and courier parcels, making a mockery of international laws and customs regulations. For the outside world, Kapoor was an art connoisseur, his objects were on loan at premier hotel lobbies, his gifts adorned prestigious museums and he was invited to give talks over cocktails and canapes to the elite on art and collecting."

"Behind this facade was a veritable factory churning out paperwork for fake provenance, a plethora of assistants sending out portfolios to museums worldwide and a team of celebrated scholars writing catalogues and authenticating the items. He had running accounts with the largest art auction houses like Sotheby's and Christie's and, above all, had all his objects vetted by the Art Loss Register (ALR) – a certificate which washed his tainted objects and gave them authenticity," Kumar elaborates.

Indy took help from an American journalist, an Australian investigative reporter and an Indian academic, besides Vijay Kumar, to build a strong case against Kapoor and expose his network.

The author describes how shipping out priceless idols was child's play for Sanjeevi Asokan, one of Kapoor's main idol suppliers. He used to hoodwink the entire system by shipping out the original antiques as replicas.

The book describes in detail the operation led by Deputy Superintendent Selvaraj of the Idol Wing of Tamil Nadu Police, to catch Sanjeevi for robberies at the Sripuranthan and Suthamalli temples.

Kumar explains why the ancient temples in Tamil Nadu were chosen targets. From 850 CE to 1250 CE, the Chola dynasty built many elaborately-carved stone temples all over what is now Tamil Nadu. While main deities were made of stone, there were a number of bronze idols, which are highly coveted by museums and art collectors.

Kapoor, who ran a gallery called Art of the Past in New York, put Chola-era idols of Nataraja and Sivakami, dating to the 12th century CE, for sale for a whopping $8.5 million. This was in 2010 and it was the beginning of the end of his run as some art lovers found "Suthamalli" inscribed in Tamil on the pedestal of the idols and finally traced it to the Suthamalli Temple from where the idols were stolen in 2006. Kapoor had visited Chennai in May 2005 to meet Sanjeevi and plan the biggest heist of Chola bronzes in history. Their target was temples in Suthamalli and Sripuranthan, which had several bronze idols. Sanjeevi used thieves to steal the idols and have them exported to Kapoor, who paid him over Rs 2 crore.

Kapoor's former girlfriend from Singapore also played a key role in his arrest. It was revenge spurned by lover Grace Paramaspry Punuswamy, who used to do the provenance paperwork enabling him to create fake ownership records.

Kapoor, whose father used to deal in rare books and manuscripts, moved to the US in 1974 and continued the same business. Till 1994, he was a small-time gallery owner but eventually went on to become one of the most prominent figures of the international art circuit.

According to Kumar, Kapoor used to gift several artefacts to museums around the world as a quid pro quo. Through donations, he earned their goodwill and this lessened the suspicion of the museums. IANS