Home > Book Review > Out of the cocoon to bloom

"Miracle Men" | Out of the cocoon to bloom

When Kapil Dev lifted the World Cup in 1983, deceiving all assumptions and predictions, he achieved a feat that ushered a new dawn in India’s cricketing history, writes Arif Mohammad India went into the 1983 World Cup as minnows – so underrated that bookies were offering a humongous 66:1 against India winning the title. Despite the odds, the Kapil Dev-led team lifted the World Cup – marking the beginning an era where cricket would go on to dominate all sports in the country.

Miracle Men draws first-hand accounts of the days building up to the historic day of June 25. From the arguments and disagreements in the dressing room to match strategies, the book throws light on various lesser-known facts – including the rifts between Sunil Gavaskar and Kapil Dev and the officials who were accused of not doing enough for the players. The book rings a whole lot of emotions from 1983. During this period, an ODI World Cup was not regarded as valuable as Test matches. It was this unexpected triumph that gave roots to Indian cricket and enabled India to firm itself as a cricketing superpower. Apart from marking India’s rise, the World Cup also initiated a power shift from England to Asia. The narration moves beyond the triumph and strikes right chords by drawing in prominent personalities around the win. Nikhil Naz has dug into the memories of the protagonists to build an anecdote-filled account of what unfolded behind the scenes. 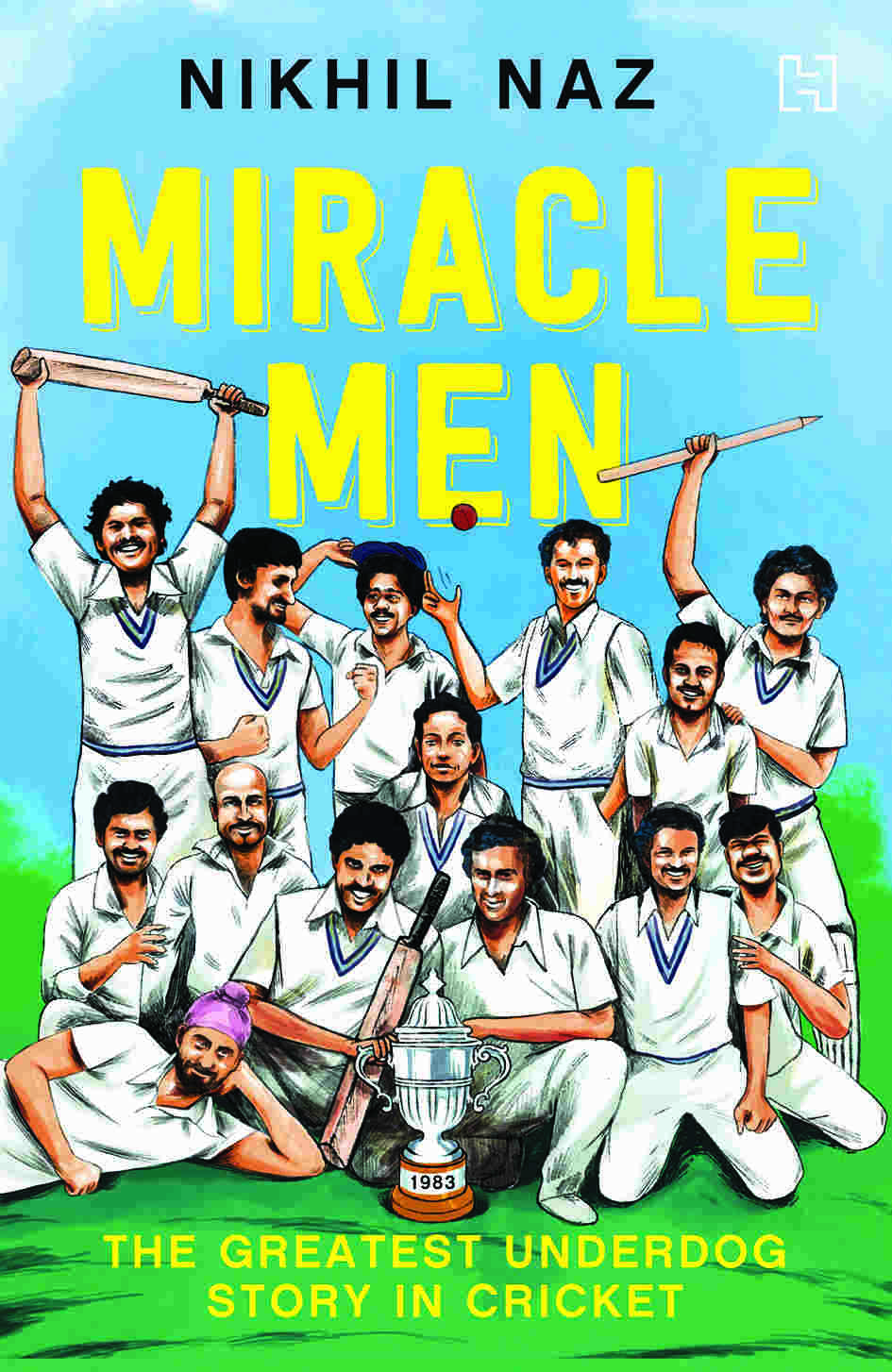 In the opening chapters, the book discloses the background that leads to Kapil Dev replacing Sunil Gavaskar as the captain. The Indian team didn’t believe themselves and planned to watch the semi-finals and the final after being knocked out in the group stage. A cricket-cum-holiday trip was what most in the team expected of the World Cup. But, skipper Kapil Dev had other ideas. With each victory in the league stage, Dev fuelled the once disbelieving players with hopes and dreams. With newfound belief, India went on to do the unthinkable – defeat the mighty Windies in the final.

Several stories run parallelly. The racial tensions in 1980’s Thatcherite Britain and the identity crisis that young Indian-origin Britons have, is an undercurrent running through the book. To further keep readers hooked, there is the story of Jiten Bhai Parekh whose shop had been ransacked by white youths; while Mintu Bhatia, the team’s unofficial food caterer, makes frequent appearances through the book. The book also narrates some hitherto untold incidents. After the victory against Zimbabwe, the Indian team was caught for watching a pornographic movie in a luxury bus by the highway police.

The narrative of the book has been provided through Ayaz Menon, the renowned cricket expert who was then working as a reporter for Mid Day. News anchor Rajdeep Sardesai’s tricks to arrange match tickets add humour to the read. Aptly titled, the book is a throwback to a bygone era with wonderfully intertwined stories and memories to last a lifetime!