"All You Need to Know About Parenting" | Mother’s Day: CELEBRATNG MOTHERHOOD

Tanya Khubchandani Vatsa’s All You Need to Know About Parenting will help you develop your parenting instinct – from the day you step into the hospital and welcome your baby to the time they walk out to take on the big, bad world. Excerpts: Being a new parent is overwhelming, no matter how many things you have bought to prepare you for that moment. This is something that people don’t easily discuss as we tend to focus on how much we love our little ones. Similarly, there are many things that can make a new parent’s life easier that are rarely discussed – some because they are assumed and others because new parents are often too busy. This chapter, which has been written with both parents in mind, talks about some of the things that can get you through your little one’s infancy with more confidence in your parenting abilities. 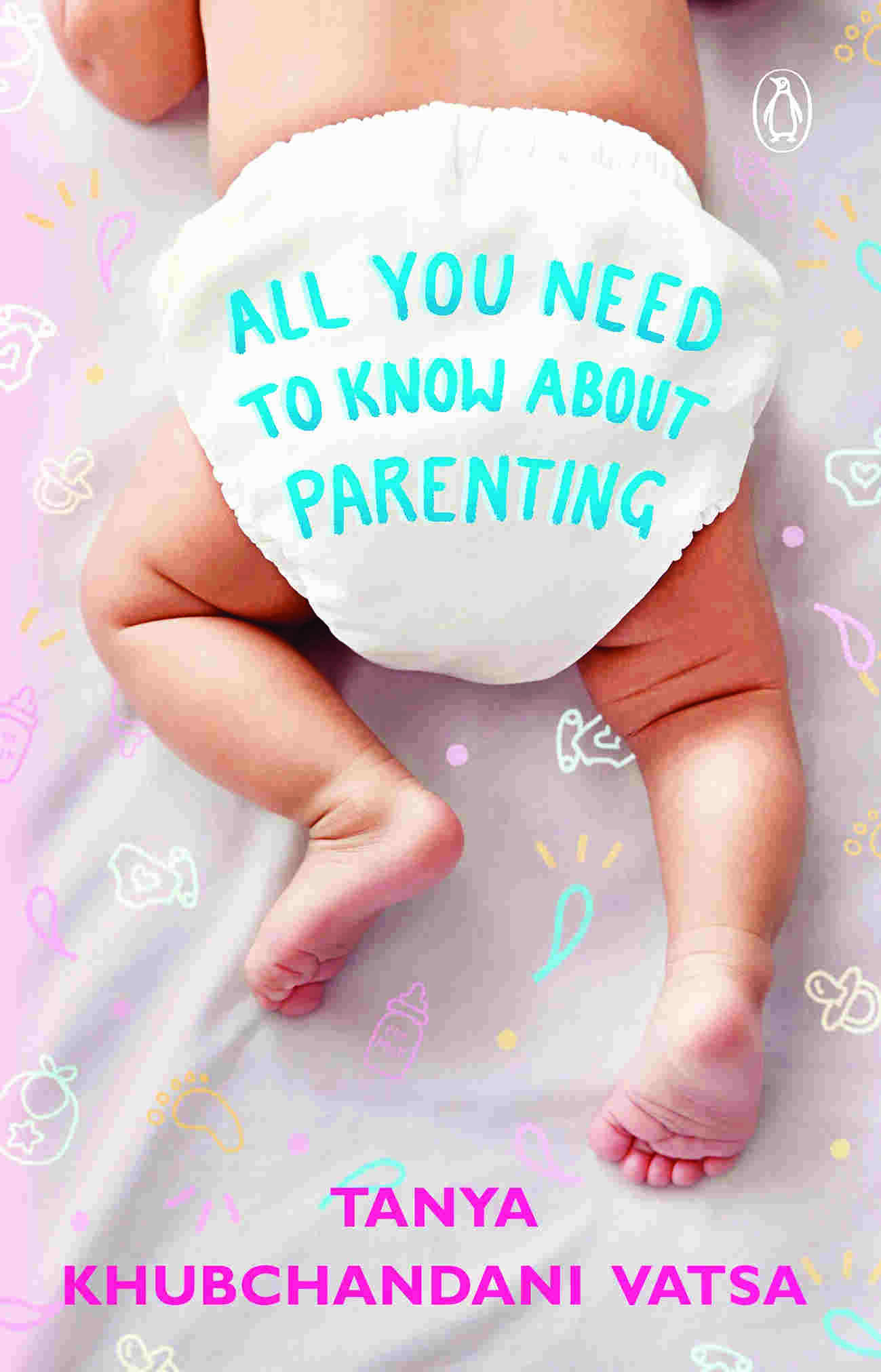 Crying and spitting up

Babies cry – a lot – even beyond the newborn stage, as tears really are their only way to communicate. However, over time you will learn that they have different cries for different things, from whining to sleep-shrieking and actual pain. These will determine how fast you have to run to them. They also learn that their cries elicit a response: your attention. While most kids exploit this, they also learn to take security in the fact that you are always there to respond. So, until they are demanding toddlers, it’s best to respond when summoned.

Some infants also spit up a great deal. My son was in this category, and still is (though now at four years, we know what his vomit triggers are). When he was an infant, we used swaddle cloths to burp him, and still went through several clothing changes a day (ours too). Fortunately, if your baby is gaining weight at a healthy rate (something only your doctor can determine as it varies by height, race, gender and genetics), it’s just a laundry problem. Spitting up tends to happen most when babies lie down and then sit up. So make sure to hold them upright for longer after a feed and burp them for more time. Even if they fall asleep feeding, hold them on your shoulder for a few minutes as it’s going to be that much harder to put them back down when they wake up screaming with gas. Most of this clears by six months, often sooner.

As babies grow, they also get ready for physical activity like rolling. Tummy time, which is making your infant spend time lying on their belly as opposed to their back, is a great way to help them develop their upper body. However, once they can roll over, tummy time may become much shorter than you like as your baby is likely to flip themselves right back. Let your baby sit up (initially with supported) as much as they can, even if they fall over and then roll. This will help engage and strengthen their muscles for crawling and sitting. If your child is at the point where they should crawl and do not, let it be. Over 30 per cent of babies now walk directly and skip the crawling stage altogether. This is because of the very successful Back to Sleep campaign that focuses on making children sleep on their backs and which has drastically reduced the amount of tummy time babies end up getting (sleeping on their backs reduces the chances of SIDS). Kids who don’t crawl can still get around by shuffling their butts. Besides the bottom shuffle, kids also wiggle, bearcrawl and roll around. Let them be and learn this in their own time, without the use of any additional devices. While rockers and stationary jumperoos are fine, walkers and baby shoes actually make it harder for your baby to walk.

Walkers in particular should not be used as a study showed that 94 per cent of children who use them can sustain injuries ranging from head injuries to dislocations.

Your infant will grow and cross milestones at their own pace. Every child is different. So, hard as it is, try not to compare them to milestone charts. My son didn’t talk till he was almost two, and that’s all right—he speaks non-stop now and has made up for his first two years of silence. Unless you see major red flags, try not to compare and let them grow at their own pace. Before you know it, you may wish that you could (at least for a few minutes) send them back up where they came from.

One of the most stressful parts of being a new parent is adjusting to your baby’s erratic sleep patterns. Most babies are born nocturnal but seem to settle into a somewhat predictable pattern by two months of age. Breastfeeding on demand is a great way to help them figure out their own pattern. However, you can also push them into more of a sleep routine by massaging, bathing, nursing, dimming the lights and reading a book at night. Both my kids did their entire routine to music, which worked as a signal that it was now bedtime and helped calm them down for it. It is ideal to be able to put your little one in their own bed when drowsy but not fully asleep so that they learn to self-soothe sooner. However, this is often unrealistic as they tend to fall asleep while nursing or being held. The routine and a set bedtime, along with proper naps through the day, do help your little one sleep better at night. In fact, they need more sleep in the day to stay asleep at night. An overtired baby won’t sleep easily and will keep waking up. Put your baby down to nap when you think they are sleepy. And better yet, nap when they nap! Initially, I wanted to do my nails, fold the laundry and everything else I couldn’t while holding my child, but it’s best to do that when someone else is home to help you. Just nap while you can.

Once your infant is up at night, try to skip the diaper change unless you smell poop (which will happen at night initially but will stop soon). Using a barrier cream on the last diaper before bed is a great way to keep rashes away as you are no longer changing diapers through the night. I chose to sleep-train my husband instead of my baby. It definitely helps when you don’t have to get out of bed and your child is brought to you at night to nurse. As exhausting as feeding is at night, your baby will eventually sleep. Feed as often as they want in the day and they will be more satisfied through the night. If your child wakes up screaming, don’t assume it is a nightmare. Some children just get frightened while transitioning from one sleep state to another. While babies do dream, their dreams are wordless and nightmare-free.

(Excerpted with permission from All You Need to Know About Parenting; written by Tanya Khubchandani Vatsa; published by Penguin eBury Press. The excerpt here is a part of the chapter titled ‘Infant Care’.)