Raja Chakraborty’s poems flirt with the contours of life – adding a refreshing perspective even to the most mundane, writes Gopal Lahiri Sometimes, a book reminds us of poetry’s real force in the world – a strength to be reckoned with. Clarity and attentiveness are the characteristics of Raja Chakraborty’s way of seeing the world in poetry. While not really possessing surrealistic echoes and, perhaps, less experienced than his contemporaries, he still has an energy that is hard to ignore.

His debut collection of poems in English, intriguingly titled The Soup Bowl and other poems, offers readers distinct philosophical and lyrical pleasures, with a quiet refuge in uncertain times. Before this, he has published three books on Bengali rhymes which have been widely acclaimed. There is a unique softness in his English poems, while the solace he proposes is uplifting for readers. Beautifully constructed, the 57 poems in this collection offer meditation on life, served with easy intimacy and rare slenderness. 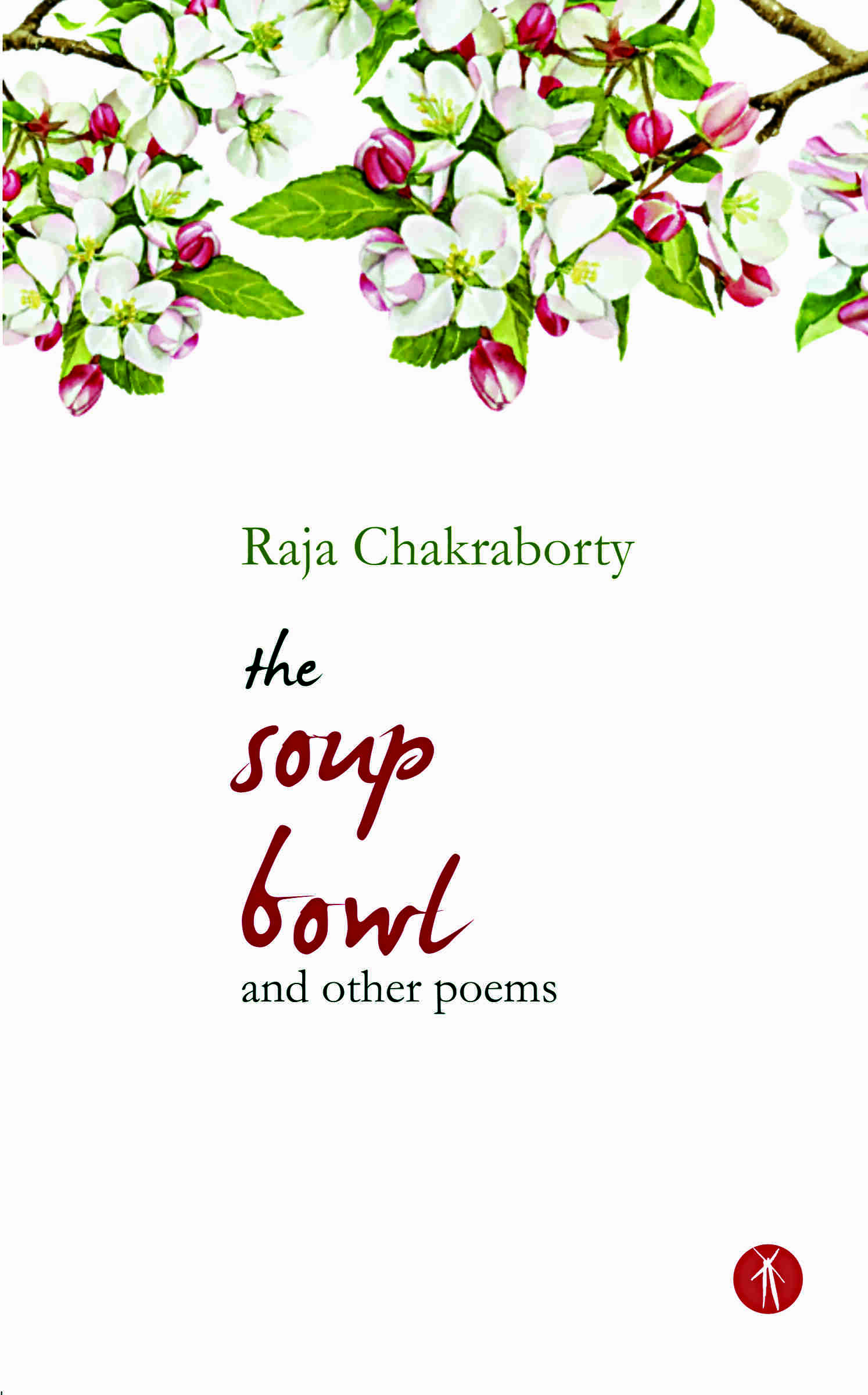 Kiriti Sengupta, an acclaimed poet of our times, has rightly said, ‘Clarity adds to his poetry; ease of expression is certainly Charaborty’s forte.’

There is no denying that Raja Chakraborty’s strength is ease, clarity, simplicity and weaving simple words with finesse. It’s impossible not to cheer the self-assurance and timbre enacted by much of this book, and not to be stirred by its courage. A majority of these poems move seamlessly between the personal and the literal, the real and abstract, and explore the intricacy of the self with a soft, sublime elegance. Their refreshing, radical honesty recount struggles and joys – the frustrations and rewards in daily life.

Furthermore, the words and sentences work in harmony in his poems, not as discrete elements. He himself explains more intimately the finer elements of life as if through his own dreams and sorrows but never covers his poems with incidents. The poet is delving deep into the bottom of the heart and bringing some hidden gems in the following poem,

the canvas returned the favour

in the haze of an unfinished dream

a story was born

In fact, almost all his poems reflect his engagement with people; for him, each poem has a seemingly unruffled surface; but, beneath that there is a searching mind exploring reality and truth, all with the intensity of a fairy tale. He is eager to investigate a world beyond the self and his intimate observations of life are commendable.

beyond the polished glass

his face pressed tight against the shine

he tried to remember his last meal

age has dulled his memory or hunger

he could not tell (The Soup Bowl)

Robert Frost once said ‘Poetry is when an emotion has found its thought and the thought has found words’.  Here, the poet gives voice to the mute scuffles and the hidden transformation, the queer and non-binary, reminiscent of the conversion of silence into language and action.

He has a way of using what could be mundane subjects in an unusual way. In ‘Dreams’, he combines the ideas of dreams and struggle and handles this image with delicate surrealism.

Do not let rust

settle on your shackles

music will die inside

polluted iron will be with you

The poet weaves words and images that run through his surface elements, which together create a corpus that is more muted, yet connected with the soul. One can feel the essence of confiding intimacy, metaphor and accessible imagery. Each of his words is deceptively unadorned and simple.

only the river wept and her waves

carried the story of an unnecessary war

to hide it in the corals of time (The Fight)

The poet’s sector of the imagination is like an embryo of mindfulness and the elements of images are, at times, entwined throughout this rich and inventive poem,

Throughout his works, the poet is occupied with tiny elements of life. He can translate any object/topic into poems like dreams, devil, ghost, clown, rust, tear drop. This makes one brood on life’s fluidity – its interrupted narratives, crooked paths and crazy paving.

Smile I spread is often fed

By tears I couldn’t do (Clown)

We are often struck by the energy of Raja’s work. The following poem evokes a kind of a journey in search of a new end and the accumulated effect is one that believably conveys the delightful feeling of achievement. His poetic virtues maintain a harmonising act between the mystical and the real.

fire burns itself in the end

ashes fly with the wind

you find your road

to a new end

no tears to cry

no bonds to break (The Bohemian)

The Soup Bowl and other poems is a poignant collection. Some poems included in this collection are piercingly direct, finely pitched and opulent, and are stored in a treasury that absorbs and enriches. This is a book where each image is gleaned with the mind’s eye for the unsung and unheard that has made the poet so articulate.

Raja Chakraborty is now one of the most promising and energetic Indian poets writing in English. The trouble with poetry is that it encourages the writing of more poetry – but, we want Raja to take that trouble and write more poetry in the coming days.