Based on personal encounters, incisive interviews and meticulous research, this riveting narrative exposes the incredible twists and turns of the Nirav Modi story – of a third-generation diamantaire who moved from Belgium to India to apprentice with his uncle; elaborates Abhinay Lakshman What does it take to swindle a bank of nearly Rs 14,000 crore? When the Punjab National Bank (PNB) fraud came to light and the world discovered what Nirav Modi and his uncle Mehul Choksi had escaped with, there were numerous articles reading into the depths of what unfolded, how it occurred, and who was party to the scam.

Business journalist, Pawan C Lall’s first book, Flawed, attempts to decode the mysterious psyche of the diamantaire in a bid to understand and explain why Modi felt he needed to do what he did to establish himself. He ponders whether it was his ambition that eventually started controlling his actions without regard for consequences or was it his need to be known across the globe for his diamond empire. Maybe that is why he designed his brand around his name. Lall quite aptly quotes a marketing professor in the book: “Seeing your name in bright lights all over the world has its affectations.” 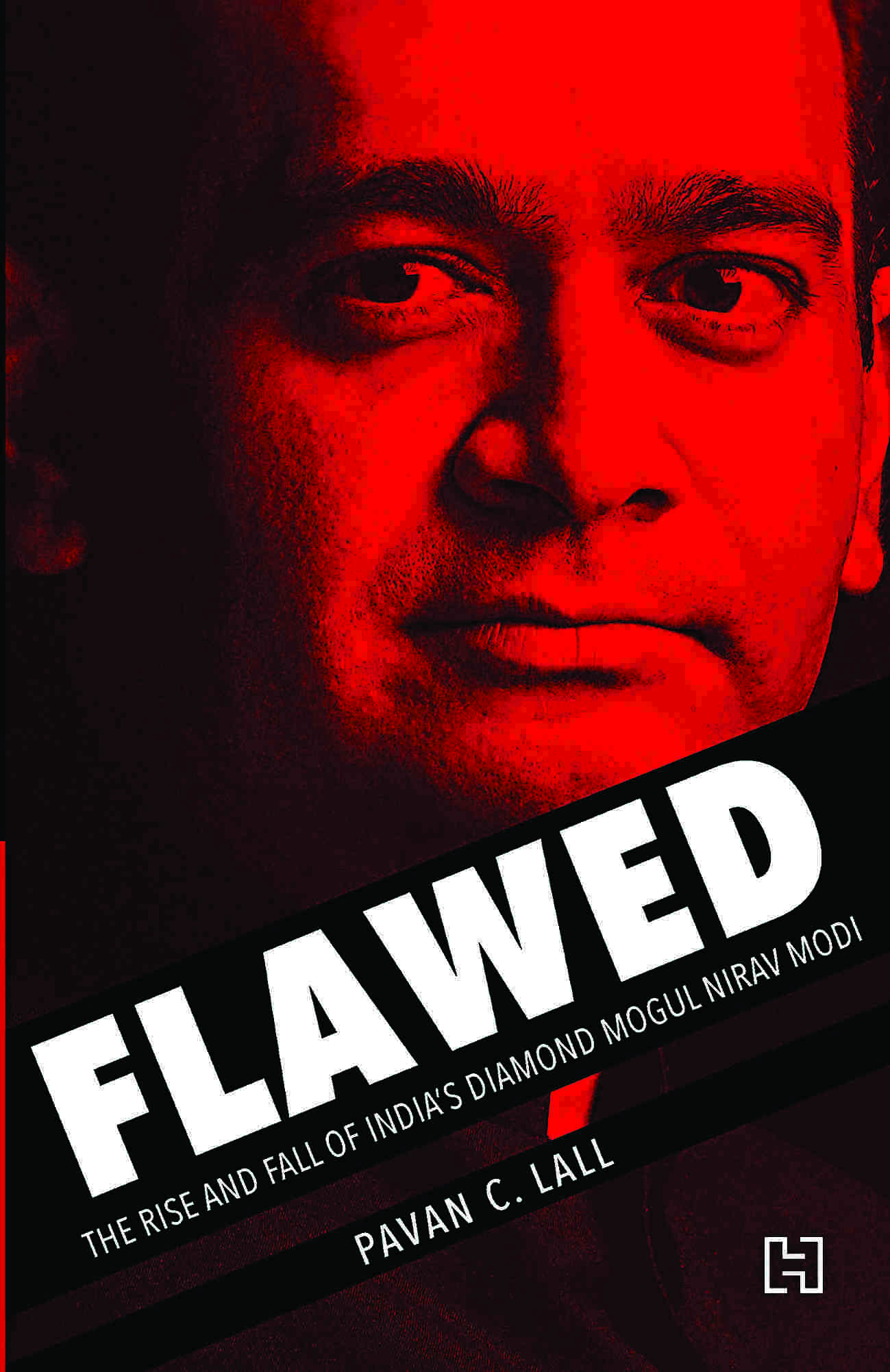 Apart from looking at a broken banking system that allowed a massive fraud like this to take place, Flawed traces Modi’s origins as a businessman. The diamantaire’s success story was nothing short of historic. Modi had set out to achieve what no other Indian businessman had managed to - establish a global luxury brand, not unlike LVMF, which owns Louis Vuitton, Moet, Givenchy, Bulgari and many other brands, but start it from India. Maybe that was another reason he left his name on his brand when he could have easily chosen a European-sounding name, according to a jeweller who followed his rise and fall.

This was the reason Modi had built an empire with subsidies controlled by group companies in every continent he wanted his presence. He wanted to build a global brand for everything starting from ultra-expensive luxury jewels to jewellery that people with middle-class income could afford. Lall says that Modi wanted nothing short of ultimate fame and points out that the sheer corporate structure of his companies should have been a red flag for industry regulators and bankers. In fact, he ponders how he could have pulled off such a huge scandal with just a few low-level branch staff at one of PNB’s branches. Of course, he does not dismiss the idea that some powerful people in government could have been involved to make sure the pieces remained just as Modi needed them to be to perpetrate this fraud.

Lall’s book gives a detailed insight into how exactly someone like Modi came up with the idea to set up his gigantic group of companies, the way he picked his inner circle, the way he had a tendency to micromanage every aspect of the business and the way he managed to manipulate a handful of bank employees to help him steal Rs 14,000 crore. The journalist relies on personal interviews with the man himself, recalling him as a man with a glint in his eyes for all things fancy and expensive. A man would notice someone looking at the huge pink diamond ring on his finger and immediately quote the ridiculous price he had acquired it for.

Lall recalls meeting Modi at his Kamala Mills office in Mumbai - which resembled an art gallery more than an office space – before all hell broke loose. A quiet man with a natural-sounding American accent, which would later change to a natural-sounding British one when he was discovered in London, he says. The reporter says that a lot of Modi’s behaviour was in line with the way traditional Palanpuri Jains have always run the diamond trade. While Modi’s employees and people who knew him describe the man as an extremely controlling boss who would accept nothing less than perfection from his workers, he was also known to have a tightly-knit inner circle, comprising mostly of family members with another thing he treasured – loyalty.

There are also excerpts of conversations with bankers, experts in the diamond trade and people who knew him personally; which show that the early signs of something fishy going on with his company was noticeable. In fact, Lall even says that bankers in the circle were already whispering about the implosion of Nirav Modi, Inc. and how much debt he had accrued over chat forums without ever publicly saying anything. And of course, the diamond industry didn’t want to burst the bubble and scare off lenders.

But going beyond just the news which the public was bombarded with after the scam surfaced, Flawed manages to give somewhat of an explanation as to why someone from the background of Modi would develop such a passion for greatness. But he does not justify it in any way. Lall just wonders if Modi let his ambitions get away from him – He asks whether he dreamt so big that he felt the ends justify the means.