In this primer, Victoria Turk proposes methods that can fulfill the challenging task of making the internet pleasant for all; writes The Book Genie Like it or loathe it, no one can avoid digital forms of communication and interaction. Be it official e-mail or social media, every click, swipe or scroll has its own intricacies and challenges. How do you manage your inbox, stand out on dating sites, and figure what – and how much – to post on various social media sites? 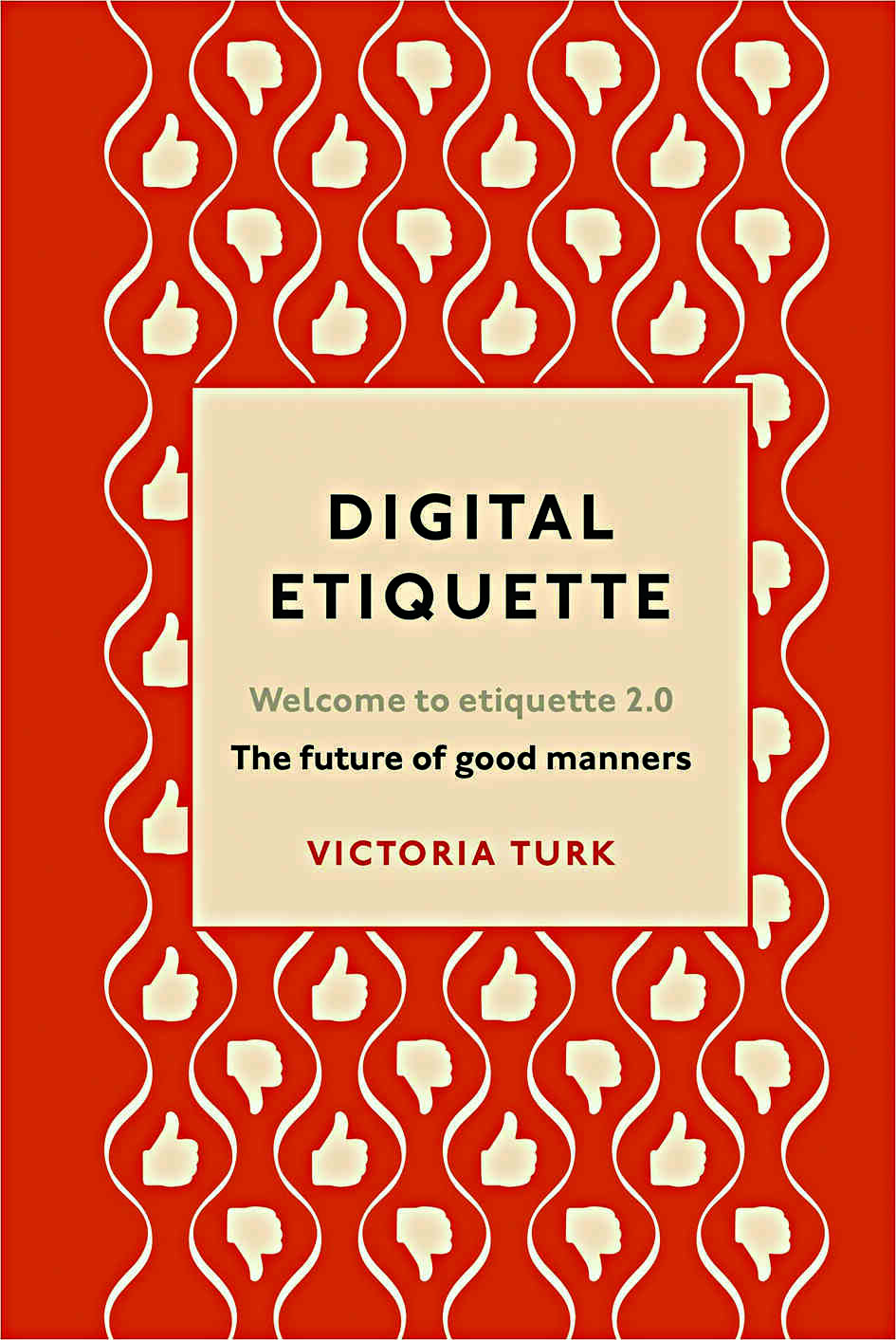 Then, how do you deal with the anxieties of “being left on read”, the annoying people in your contacts, be it family, friends or strangers, and break up with someone online – or tackle it yourself.

As internet and social media becomes more of a battlefield, a morass or a vanity project, instead of a technological innovation to facilitate communication, understanding and knowledge dissemination, there is a pressing need for a set of instructions or even an operating manual to negotiate these issues as well as traverse the other tricky ways and by-ways of digital social interactions.

There are some guides to “netiquette”, but these basic rules, developed in the internet’s infancy, are soon rendered redundant as with constant developments and changing social media sites and applications. But even in this impersonal form of communication, manners are needed. This is where this primer by Victoria Turk fills the need.

Etiquette may seem old-fashioned today, but it holds its own for it is the “social glue that binds us together, the code that lets us communicate without misunderstanding each other or causing offence. It helps us to avoid awkwardness and show respect to others, all while presenting ourselves in the best possible light”, she says.

And Turk, a senior editor with Wired UK, goes on to show how this holds true for the internet too. For, “behind our screens, communication is often conducted through text, meaning it does not benefit from social cues such as facial expressions and body language. Communication is rarely truly private, increasing the potential for embarrassment, and it always leaves a digital trail – all the better to capture a permanent record of your every indiscretion”.

In this, Turk seeks to teach us what we should do and not do in the four major divisions of our digital activities – at work, in romance, in friendship and in the wider community. But along with her lesson in the necessary manners, there is a witty and candid but enlightening look at the quirks of digital culture.

So, in work, along with valuable advice on managing your e-mail, including when to send one and alternative forms of communication that may be more appropriate in some circumstances and the proper use of the CC and reply all features, there are also “explanations” of what common e-mail terms really mean, for instance, “Did I miss your response” which means “We both know I didn’t” and the like.

Advice on setting up profiles on dating sites, what not to do there, how to ascertain interest, how to recognise the “dangerous beasts” from “catfishes” to the “nice guy” and the misogynists can be found in the section on romance.

It also provides counsel on how to make things official for those so lucky, as well as how those not so lucky should deal with the situation they find themselves in. Then you find out what “ghosting” and “deep-liking” are and why they are not appropriate.

The part on digital friendships teaches you what your favourite messaging apps say about you, the pathology and prognosis of seeing your messages on WhatsApp (or Messenger) being read but not responded to, how to traverse the tricky terrains of group chats, when to use the muting feature, the use of emojis and the new etiquette of making phone calls, among others.

And finally, the community section deals with how to run your various social media accounts, including acquiring friends and followers, the selfie and its archetypes, food photography, memes and so on. More significant are the ways you should not behave on social media, social media behaviour that it is abominable – “mansplaining” chiefly but “vague-booking” and “subtweeting” too. Fake news and trolling, as expected, get prime billing.

A concise guide to what has become the chief preoccupation of our lives and well sprinkled with anecdotes and fascinating snippets, Turk, mindful of short attention spans, begins each section with five golden rules, which are not only enough by themselves, but also compel readers to delve further.

Written with the intention of taking us a step close to that “impossible goal - being nice to each other on the internet”, it is a book that needs to be read by all users - or virtually everyone.

(The Book Genie is the writer’s chosen pen name)