Land revenue has ceased to play an important role for the govt budget and the updating land records for revenue collection has lost its salience; writes Sanjeev Chopra 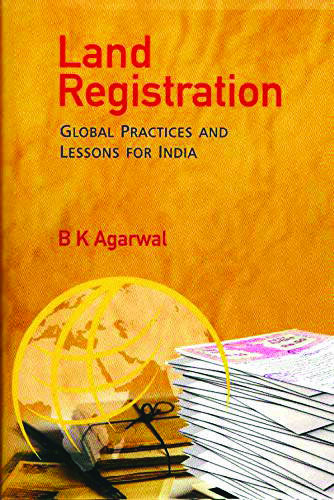 As land is a ‘finite resource’, and the ‘essential ground’ for most human activity - from agriculture to industry to infrastructure, and the increasing pressure of urbanization, the management of land has again become center stage. Whether it is the ease of doing business, or acquiring land for the much needed infra projects, or even ensuring that lands are not left fallow for want of clear titles and/or the reluctance in creating tenancy rights - the contest on the transactions over land have grown manifold as the economic value has suddenly shot up. BK tells us that over one-third of the cases in the lower courts involve disputes over the property- and India cannot move on high growth trajectory unless we find a method to resolve these issues. This book then goes on to look at the evolution of the land registration system in our country, with a special focus on four states – Maharashtra, Karnataka, West Bengal and Punjab - these also reflected the land management systems in vogue during the British rule, viz Ryotwari, Zamindari and Mahlwari, and a comparison with the land management systems across the world, especially in the developed world.

All over the world, there are two basic systems for registration of land: the Deed registration system followed by US, France, Netherlands and India or the Title Registration system (also called the Torrens system after its founding father) followed by Australia, New Zealand, Germany and England, but it is not that the systems don’t have points which overlap. One must bear in mind that all across the globe; the land registration systems have evolved over time, and have been a response to the needs and requirements of the time. In several cases, what pans out is a hybrid model – incorporating elements from both.

Although land record and land management are state subjects, the Government of India has been trying to evolve a consensus on this issue – but most of the experts including D C Wadhawa and Swati Raman than, as well as the Department of Land Resources seem to be favoring the transition from the Deed to the Title registration system. BK does well in pointing out that all is not wrong with the existing system, and that the proposed transition to Titles is not a silver bullet. What is required is better calibration of both the systems, greater use of IT, and some basic reforms in the legal regimes and their ecosystems. His recommendations are quite practical and incremental: these include compulsory registration of all transactions, wills and decrees, a record of all properties under litigation, prompt disposal disputes by revenue officers, reducing the gap between public agencies involved with registration, record management and land acquisition and the universal application of Transfer of Property Act to all land transactions. He also recommends that in the interest of certainty to title and marketability of land, no person other than the real owner or agent should have the agency to make a change in the record of rights.

The LBS National Academy has a Centre for Rural studies where these issues have been discussed at some length, but more from the point of view of land tenures and socioeconomic changes in the rural and agrarian economy. This book draws our attention to the fact that land registration and management is the basic building block of the national economy – not just for rural, but also for urban India. The Academy will soon be convening a national seminar on this issue to take the ideas forward and suggest specific steps to ensure that transactions in land become easy, simple, hassle-free and transparent. And this book will be the basic document on which the dialogue will proceed!