"The Deadly Dozen" | Killers by Choice

Anirban Bhattacharyya’s Deadly Dozen will send shivers and also permeate a sense of peace – for these 12 no longer haunt the streets of your apparently safe city, spotlights Radhika Dutt There is something understandably discomforting and yet eerily pleasurable in reading a book on serial killers. Their complete disregard for socially acceptable norms evokes both fear and awe. In many ways, they represent a hidden desire pervasive across most but rarely expressed in commensurate action. How many of us can deny feeling extreme fits of rage, to the point of sensing a murderous desire that is only contained when mindful of socially imposed constraints. Serial killers then are not simply scary; they also manifest a subconscious desire that the civilised woman/man will not be willing to embrace – and, for the right reasons.

Anirban Bhattacharyya’s Deadly Dozen brings forth the lives of 12 serial killers who have haunted India’s streets, sending shivers down many spines while inducing insomnia in many more. Like demons with the charm of an angel, these serial killers though deadly, rarely appeared so. Unassuming in their dressing, often coy and sometimes even loving, they were just one among us — yet, they did what we could only project on a make-believe anarchical world. 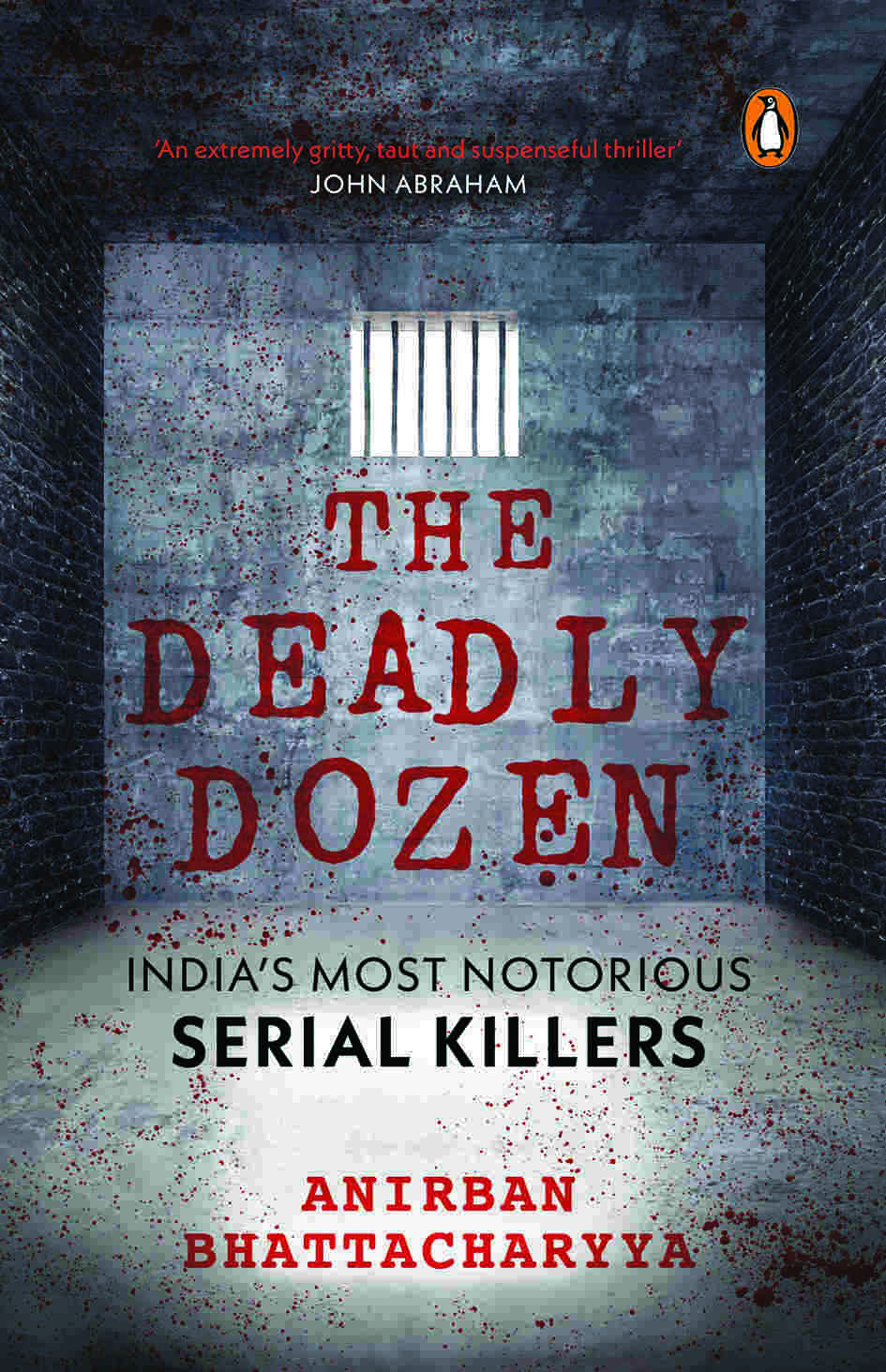 Gowri Shankar, reasonably monikered Auto Shankar, is among the more believable killers this book covers. A misfit drunk, his pleasure circumscribed intoxication and manhandling women. With him, psychological deviance is less and sheer disregard for another life is more enhanced as he goes on to kill six people simply to cover lies, leading to more fraudulence. Auto Shankar will bother you but he will not make you gape in astonishment as KD Kempamma or Raman Raghav (who has also found his deserving place on the silver screen) will.

Growing in poverty, Kempamma or Cyanide Mallika (who went by many an alias), despised her social disadvantage as much as she desired a life of embellishment. India’s first woman serial killer, Mallika lured desperate believers outside temples, promising them that she was God’s messenger with a quick solution to end all their very visible troubles. She was right, she did end their troubles – but only to the extent that their life, joy, emotion all eclipsed as she fed them sweets carefully laced with cyanide. Mallika carries the burden of murdering five women who she lured on the pretext of assisting them by holding havans in secluded spots, only to steal their jewellery and expensive clothes – still trying to fulfil her childhood dream of rejecting the poverty that was forced on her through a mere accidence of birth.

The less said about Koli and Pandher, notoriously known as the Nithari killers, the better. Yet, while we despise them, we cannot ignore that such a heinous disposition can only arise from a psychological handicap that was clearly plaguing Koli, a domestic help at the residence of Pandher. He came with a sexual shortcoming that drove him to attack little girls, exploit them, murder them and then cook their meat – all in a fit of rage and trance, of which Koli retained limited memory. He was awarded the death sentence that was later commuted to life imprisonment – yet, little was done to really study the depths of this twisted mind that had savaged 19 families and whose parallels could still exist in society today.

Tracing the narrative of 12 serial killers, Bhattacharyya packs a thriller that will both urge you to read without pause and also force you to introspect on the fallibility of the human mind. Gripping, sometimes crass and otherwise evocative — Deadly Dozens is unputdownable in its most palpable sense. As Bhattacharyya warns in his Introduction, “What you are about to read will shock you, make you disbelieve and even scare you.” Alongside, this book will force you to deliberate upon the defining contours of man – that are so very similar in their carnal reflection but so very distinct in their ultimate execution.

Read Deadly Dozens not only because serial killers excite you but also because within each of us (largely) rests a killer that is carefully concealed behind social pressure and ought to remain that way – no matter the exigency or approximated injustice. Read Deadly Dozens so that you know how fragile and destructive the human mind can be, irrespective of its ability to achieve material excesses.