Delving deeper, the book reveals amazing insights into the Government of India's policy towards Kashmir right from 1889 till date – when it first imposed central rule and dispossessed the rule of the then Maharaja; elaborates Anil Bhat This extensively researched book opens a pandora’s box of intrigues and misdeeds of many British political leaders and military commanders, as well as of some Indian leaders, the highly adverse effects of which plague India till date.

When India attained Independence, Nehru succeeded to reach the top, side-lining Sardar Vallabhbhai Patel and ensuring that Netaji Subhas Chandra Bose was kept well out of his way. It was very vital for independent India’s first prime minister to know or take pains to learn what the vast geo-strategic extents of India and its boundaries were with its new neighbour, Pakistan, old neighbour, China, the intentions of both and what all had to be done to ensure that India is effectively defended and integrated. Unfortunately for India, when Sardar Patel was diligently integrating the princely states, Nehru did not allow him to do the same for Jammu & Kashmir (J&K). For what can only be concluded as devious reasons, Nehru handled J&K himself but with an uncannily close association with Sheikh Abdullah, resulting in making J&K a long term and bloody liability accessible to Pakistan for subversion, radicalisation etc.

Nehru set the trend for the Congress of making and maintaining India as a soft/weak state. Another blow that Nehru dealt with the Republic of India was of denying its people India’s true history, much of which was ‘altered’ or given a twist and with some important parts of which, to date, remain confined to secret files. Kept well out of educational syllabi, the suppressed and twisted versions of history have just about begun to ooze out here and there since Narendra Modi came to power. But much of it remains undisclosed.

Among many ironies in India’s history, the two rude ones, to begin with, were that (a), the British assiduously planned and partitioned India by trifurcating it to attain their aim of creating Pakistan with two wings West and East- both culturally totally apart-as its long-term deep state, ostensibly to prevent Russians from entering there and (b), the armies of both India and Pakistan were headed by British officers- Indian Army till 1949 and Pakistan Army for much longer. The second irony is well elaborated in the book. When the newly formed Pakistan Army attacked Jammu & Kashmir along with hordes of Kabailis as force multipliers, as early as August 20, 1947, Gen Rob Lockhart, the Indian Commander-in-Chief, was pro-Pakistan and so was his successor, Gen Sir FRR Bucher. Throughout 1948, Bucher ‘moderated’ military decisions not only because of possible political repercussions but also because he believed that the Kashmir conflict potentially brought communism to the doorstep of the subcontinent.

Another famous officer of the Pakistan Army, Major Gen WJ Cawthorn, founder of Pakistan's infamous ISI (Inter-Services Intelligence) very lucidly voiced all the British strategic fears arising from the Kashmir dispute. In a speech in London's Chatham House in 1948, he argued that Pakistan could not afford to have a hostile India by the western borders of Jammu and Kashmir and the Indian Army within 30 miles of the Pakistan Army Headquarters in Rawalpindi, right behind its vital north-south communication line. It would give India control over the waters of Chenab, Jhelum and Indus rivers, and would put India in direct contact with Afghanistan, Chitral and Swat.

On February 11, 1948, when Lt Gen Douglas Gracey took over as Pakistan Army Chief from Gen Frank Messervy, he was faced with India's spring offensive expected in March 1948, which the British viewed as a decisive thrust against Pakistan's jugular. Both the British generals, almost comically, orchestrated the adoption of mutually defensive positions. In his memoirs, Lt Gen Loftus Tottenham, who was a Division Commander in the Pakistan Army during this war, stated that the Kashmir war was strange in that it was fought under several restrictions. The prevalent attitude was to hit the Indians hard but not too hard, otherwise, they knew that there would be all kinds of unsavory consequences. The same view prevailed on the other side. It was a shadow boxing competition with both boxers fighting while on a leash. 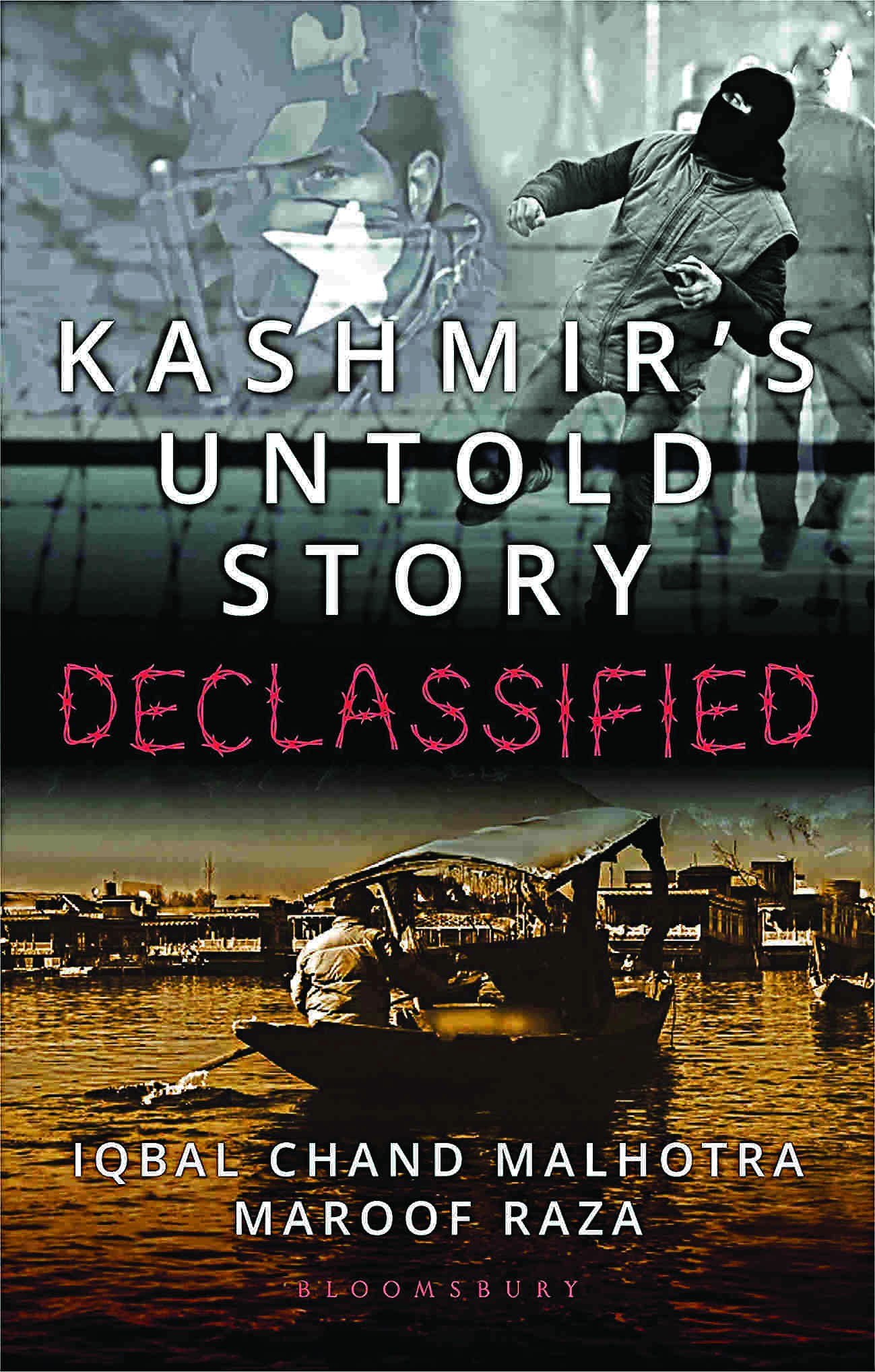 The choices before the British were to stand down or ceasefire. Flummoxed by all this, Nehru announced the replacement of Gen Bucher by Gen KM Cariappa, the first Indian general of the Indian Army. Bucher worked hard to secure a ceasefire on January 1, 1949, a mere 15 days before he relinquished his office. Gen Bucher and his accomplice in Pakistan, Gen Gracey, had thwarted the Indian Army's ambitions of recapturing all of Jammu and Kashmir. The entire war had been a mockery and had only enabled Pakistan to hold on to the Muzaffarabad-Poonch belt and the Gilgit Agency, purely as a result of British perfidy and treachery.

While the British can be blamed for partitioning India, favouring Pakistan in first Indo-Pak War and their wiles and guiles before they finally left Indian shores, it was now the turn of leaders like Nehru, Sheikh Abdullah and VK Krishna Menon to commit misdeeds more than mistakes on crucial matters resulting in body blows to India’s integrity and security. Applying Articles 370 and 35 A to J&K by Nehru and Abdullah can only be construed as a conspiracy. The book brings out that Sheikh Abdullah, foisted by Nehru after deposing Maharaja Hari Singh, never found favour with Ladakhis or Jammuites and how the Chinese encroached into Ladakh. Both Nehru and Abdullah set the stage for the J&K narrative to be hijacked by the Kashmiris and also them getting the lion’s share of all benefits from the Centre, leaving little for Jammu and Ladakh. The abrogation of Article 370 and bifurcation as two union territories may finally bestow upon Ladakh and Jammu to get their equitable share of the Centre’s benefits.

The whittling away of Sufiism of Kashmir by the Wahabi-Salafi nexus and how it resulted in the massacre of many Kashmiri Pandits and eventually their exodus under threats has also been elaborated.

Other questions the book dwells on are how important is the ownership of the waters of the rivers of the Indus system for Pakistan despite generous supplies under the Indus Waters Treaty in determining an end to the siege within Kashmir? What are China's interests in J&K and how does the success of the China-Pakistan Economic Corridor (CPEC) for oil and gas supplies hinge on Pakistan's occupation of northern areas of Kashmir? Why does the future survival and growth of the Chinese microchip industry depend upon the continuance of China's control of the waters and dams in the Indus river system?