Simone Ahuja’s Jugaad 3.0 delves into building a new narrative for intrapreneurship – one that celebrates skills and dispositions critical to driving innovation. Excerpts: Look deeply into the subject of intrapreneurship and you find yourself confronted with contradictions. As I began work on Jugaad 3.0, I pored over literature, read many accounts of classic intrapreneurial wins and talked to people who have been involved in corporate innovation for years. I was inspired by the stories I heard of visionary employees who saw a need and managed to fill it, mainly through their own ingenuity and grit. Faced with resistance from colleagues, and with no expectation of resources or 20 per cent time for exploration, they somehow beat the odds. They became the heroes of intrapreneurship. 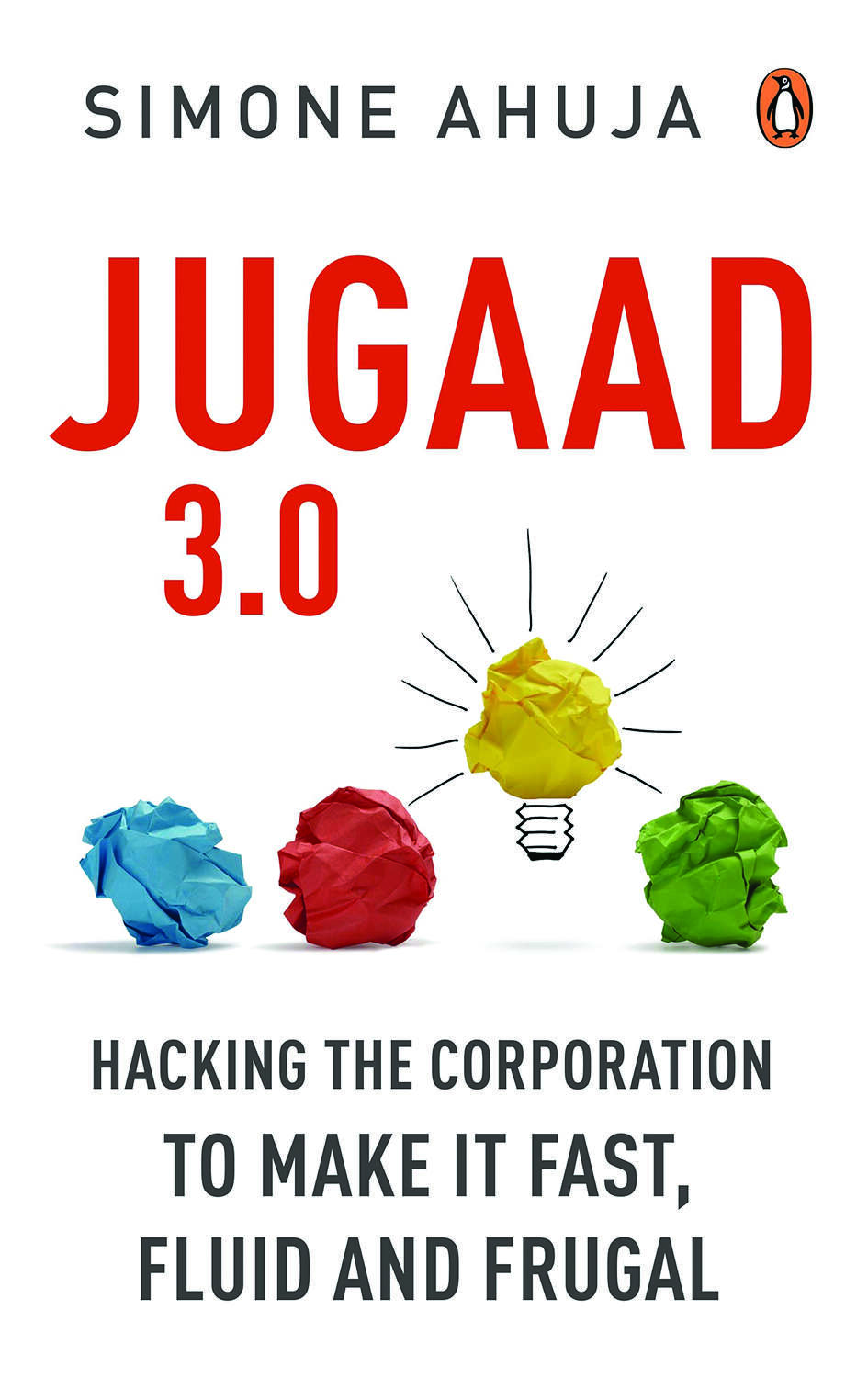 At the same time, I started to doubt the mythology that has grown up around these heroes. Yes, many have been mavericks, iconoclasts and dissenters. But in a twenty-first-century organization broadly committed to innovation – as many today are – would twenty-first-century intrapreneurs have to fly their pirate flag? And would that kind of person even have the same chances of success as someone on a more institutional path?

And what about all the people who have been properly supported in their efforts to discover new customer needs and deliver on them – maybe even working in formal innovation roles? Do they not deserve to be called intrapreneurs or J3.0ers because their work didn't involve pain and personal sacrifice?

It became clear that, in many ways, the intrapreneurial mythology we have inherited from the past is not serving us well today. It's more exclusive than inclusive –and it's making it harder for companies to innovate and grow.

With three years of research and reflection behind me, I'm convinced: It is time to construct a new mythology of intrapreneurship – one that celebrates the skills and behaviours that drive innovation forward today. We can start by taking a hard look at the old one. Here are eight myths about intrapreneurs that organizations must set aside in order to better support a Jugaad 3.0 environment.

Myth 1: Intrapreneurship is too creative for a disciplined approach

At the core of an innovation is an act of creativity, and everyone knows that creative epiphanies are unpredictable. But that doesn't mean processes can't be outlined to take ideas to impact more reliably. Today, we know a lot more about how to do that. Design thinking, agile and lean startup methods are all showing the results that can come when people are trained in an approach to doing things and get better and better at it.

Today, when people hear the term intrapreneur, they think of the lone wolf – the voice in the wilderness proclaiming the value of an idea only he or she can recognize. In this scenario, the story of intrapreneurship becomes a hero's journey centred on a brave soul with the determination to single-handedly bring about change. Based on cases I studied, that turns out to be a dangerous myth. Almost nothing of sufficient scale to move the needle on performance can be accomplished without teams of contributors, networks of partners and committed sponsors providing air cover – and today's intrapreneurs are particularly savvy at navigating those networks. If we encourage people to go it alone, we keep them from developing the recruitment, leadership and other skills that will allow them to grow as intrapreneurs. Truth: Intrapreneurship is a team sport.

It's hard to call this a myth because creativity comes in many forms – but most people apply the term in a limited way. They often mean the kind of people who are overtly unorthodox in their thinking, appearance and otherwise. But intrapreneurial success depends on the contributions of the 'suits' as well as 'creatives' –hipsters, hackers and hustlers as well as those with more traditional business skills. And the right person to lead a team that combines various talents might not be the one with the most imaginative and original mind. It might be the one whose creativity helps them navigate the ins and outs of the organization.

Most of the classic intrapreneurial projects we hear about and celebrate are ones that succeeded without management support. And the intrapreneurs who tell their stories usually say they were better off without it. But there's a problem with taking your lessons only from the initiatives that succeeded under such adverse conditions. We aren't hearing from all the ones that never made it. Intrapreneurship is best served by managers who both understand the value of it and know how to encourage it without taking charge of it. They help intrapreneurs actively and in many ways –from providing resources and connections to supporting their ongoing development and career paths.

Myth 5: Intrapreneurs aren't in it for financial rewards, and they don't need performance metrics

Intrapreneurship is a tough enough route that no one takes it without being intrinsically motivated. Passion is essential. But this doesn't have to be an either/or. Extrinsic rewards, whether an intrapreneur demands them or not, signal to the rest of the organization that this is an important and valued activity. Performance metrics for innovation not only provide an objective basis for those rewards, they help intrapreneurial teams track progress towards goals and make the case for further investment – and J3.0 organizations understand this.

Intrapreneurs are entrepreneurial in many respects, but that doesn't make the two synonymous. Both share a builder's mindset that makes them eager to create valuable solutions that don't yet exist. But intrapreneurs are less drawn to the huge rewards that can come with founding one's own firm. They don't want the all-consuming hours, unpredictability and risk that go with that potential. Often they see a way to have more impact by staying in their jobs and leveraging their employers' already established scale and brands. They have the knowledge – and the patience – to navigate the politics and protocols of their large organizations.

Myth 7: Innovation labs are the best place to house intrapreneurs

This is a more contemporary myth, because it has grown along with the trend towards large companies, non-profits and government institutions creating innovation centres, labs, incubators and garages. The whole point of these investments in facilities and talent is to focus on fuelling the innovation pipeline. So this is where intrapreneurs should be housed, right? While that might seem true at first, the whole point of cultivating intrapreneurship is to encourage it across the organization. Creating a cordoned-off holding tank for intrapreneurs will signal the opposite and imply that innovation can only happen in specially designated spots by the people whose job it is to innovate. Innovation centres provide a clear pathway, training, networks and other resources to help intrapreneurs succeed – regardless of where they come from.

Myth 8: Having an innovation strategy has nothing to do with cultivating intrapreneurship

Strategy is a top-down concept. It gets set at the highest level and cascades down into delegated tactics. Intrapreneurship, on the other hand, is bottom up. It's all about letting a thousand flowers be planted and seeing what comes up. These two concepts seem almost diametrically opposed, with very little chance of finding common ground. However, companies who want to see more intrapreneurial activity must have a clear strategy for achieving it – and what point could there be in disconnecting that strategy from the overall innovation strategy of the business?

New mythologies don't emerge just because someone writes a book and suggests they are needed. The myths we carry around in our heads and choose to live by are harder to dislodge than that. They are formed over the course of years by a combination of our observations of what works and our values regarding how we wish things would work.

Right now, we are in a period when corporate innovation activity is exploding. We will have many more models of success, and of failure, to take our lessons from. Many new stories will emerge from which we can gain a new and better understanding – and with these we can construct a new mythology of intrapreneurship. Let's make it a good one.

(Excerpted with permission from Jugaad 3.0; written by Simone Ahuja and published by Penguin Portfolio. The excerpt here is a part of the epilogue titled 'Eight Myths of Intrapreneurship'.)