The May-June standoff in Ladakh caught not just India, but the world by surprise as everyone’s attention was on tackling the pandemic. Edited by Shakti Sinha, One Mountain Two Tigers addresses multiple tensions and build-ups between the two neighbours Soft Power has moved from being an academic concept to a political buzzword, particularly in the context of China and India. It has come under immense spotlight in the recent Covid crisis, where the soft power of the countries was reflected in the respective government’s abilities in the management of pandemic. China, in particular, faced enormous challenges in projecting a positive image to the world. Criticized for not raising initial alarms about the virus and suppressing the flow of information, China has been blamed for unleashing the pandemic onto the world. However, many believe China would still emerge as a global champion from this crisis. The external propaganda efforts have been intensified to repair the damage, create a positive narrative and sell the China story to the world. Efforts related to humanitarian assistance such as providing medical supplies to other countries were stepped up and the so-called “mask diplomacy” was pursued aggressively by Beijing while being severely criticized for providing poor quality supplies. The aim for China has been twofold, one to fill the void of a responsible, global leader created by United States and second, to maintain and promote legitimacy for the Chinese Communist Party (CCP). 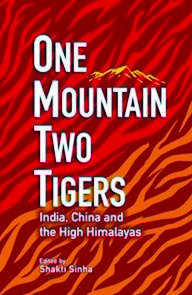 On the other hand, India’s influence while navigating through the crisis has been relatively positive. From evacuating foreign nationals to revoking partial ban on exporting generic medicines, India has projected itself as an active and responsible actor. The humane approach in dealing with the crisis has been generally applauded. However, issues related to labour migration drew criticism. Amidst the Covid crisis, the world has also recognized the importance of the traditional Indian greeting, “Namaste,” and many personalities internationally were seen using this mode of greeting. The Indian medicinal knowledge system such as Ayurveda have been included in the clinical trials for Covid and ancient practices like Yoga have gained wider recognition bolstering India’s soft power in the global realm.

China’s soft power strategies are, thus, mostly a top-down project, heavily injected by the state institutions through aggressive propaganda efforts aimed at building a positive, benign image for the country. In contrast, India has a natural soft power appeal manifested through its cultural assets but lacks the required governmental efforts in transcending these resources into effective outcomes. The article, in this context, will examine the main elements of Chinese soft power and juxtapose them with the Indian counterpart. The first section will succinctly look at the scholarly and official discourse of soft power in China and India.

Chinese Soft Power and its Sources

Joseph Nye (2004) defined soft power as ‘the ability to get others to want the outcomes that you want’ and more particularly as ‘the ability to achieve goals through attraction rather than coercion.’ Soft Power, he argues, depends upon the cultural values of a country, its political ideals and institutions and the foreign policies it pursues abroad. A country could obtain outcomes with these resources only when other countries find these resources attractive, idealise them and want to emulate them. However, as a concept, soft power has gradually come to be seen as anything which is outside the purview of military and security factors (Kurlantzick, 2007), and many aspects from pop culture, to educational cooperation mechanisms and aid programmes have been incorporated to the rubric of soft power.

Soft Power as a concept gained prominence in official and scholarly discourse in China soon after Nye’s book ‘Bound to Lead’ was introduced in 1992 in the country. Wang Huning, a former professor at Fudan University wrote an article in 1993 that for the first time addressed the issue of soft power in China. According to him, ’if a country has an admirable ideology, other countries will tend to follow.... It does not need to use a hard power, too costly and less effective.’ (as quoted in Glaser and Murphy) With this article, Wang opened the debates on the relevance of soft power in China. Subsequently, studies on comprehensive national power also emphasized the importance of soft power. In 2003, with the idea of peaceful rise being discussed in leadership and policy circles and the conceptualization of Beijing Consensus, the idea of soft power took concrete shape and became more important and complex. There was a general consensus among scholars about the importance of soft power.

Mingjiang Li calculated the number of articles published in Chinese journals and periodicals that were collected in the Chinese National Knowledge Database (CNKI) and reported that the annual number of articles with reference to “soft power” averaged about eight during 1994- 2000, jumped to 53 during 2000-2004 and continued to grow to 314 during 2005-2007 (Lai, 2012:2). A search on the most widely used search engine, Baidu, found that by December 2010 there were over 14 million websites containing the Chinese term soft power (ruanshili). Soft power discussions are thus quite popular in China and the notion that soft power is required to become a global power has attracted universal consensus especially beginning with Hu Jintao era.

Soft Power also become noticeable in the official discourse of Chinese foreign policy which can be substantiated from various party meetings, conferences, sessions, documents and the speeches by the political leaders at different forums. For instance, in 2002, the political report to the 16th Chinese Communist Party Congress pointed out that ‘in today’s world, culture intertwines with economics and politics, demonstrating a more prominent position and role in the competition for comprehensive national power.’ (Mingjiang, 2009:22) In May 2004, two articles were published in the official weekly of the Chinese Government Outlook (liaowang) that exposed the Chinese leadership to the concept of soft power in the 13th group study session of the Politburo of the Chinese Communist Party (CCP). One of the articles defined soft power as ’the international appeal and attraction of one nation’s culture, values, social sciences because they were components of China’s soft power.’ (Lai, 2012:11).

In October 2007, President Hu Jintao in keynote speech at the 17th Congress of CCP highlighted the significance of culture as an ‘increasingly important source of national cohesion and creativity and of overall national power.’ (ibid) Other party leaders have also stressed the importance of soft power and the leadership has thus exclusively focused on developing an indigenous form of soft power. President Xi Jinping said, “We should increase China’s soft power, give a good Chinese narrative, and better communicate China’s messages to the world.”

Chinese writings have been comprehensive and sophisticated covering a wide range of issues from critically analysing Nye’s definition of soft power to its role in China’s peaceful rise and the development of Chinese strategies in cultivating soft power in international politics. Indian writings, on the other hand, have been skewed towards analysing soft power as a policy tool. While strategic thinking on many foreign policy areas is still missing, numerous writings have come up on security challenges both in the security community and in the media. With India’s relative rise in the early 2000s, scholarly writings discussing India’s rising economic and military capabilities increased and besides hard power, normative ideals were also discussed in foreign policy writings. Soft power became a catchy phrase and a substantial literature emerged about India’s potential in this regard. Most of the writings emphasise India as a prime candidate for achieving a leading power position in the world and the need for a more coherent government-led strategy to augment the soft power assets and resources.

In the case of China, economic factors and not cultural ones weigh the most in shaping both positive and negative influences. For instance, Afrobarometer, a pan-African, non-partisan think tank conducting public attitude surveys found that the most frequently cited factor contributing to a positive image of China in African countries is its investments in infrastructure and other development projects. China’s economic elements or trade, aid and investment are one of the most effective tools of China’s soft power projections. China’s lucrative trade deals and hefty aid packages make it an attractive partner particularly for countries in Southeast Asia, Latin America and Africa. Moreover, the absence of apparent conditionalities in China’s investment deals are highly appealing for the resource-rich countries. China’s non-critical approach towards the internal affairs of other countries have made it a more attractive partner compared to the policy of imposition of reforms by the Bretton Wood Institutions. The aid and assistance programmes, lines of credit and “no-strings attached” development assistance have all been embraced by many developing countries and cultivate a benign image for China.

With the unprecedented rise of its economic power, China has deeply engaged itself in the international regime and organisations with increasing confidence. China has increasingly become active in the regional multilateral organisations such as the Association of South-East Asian Nations (ASEAN), Asia-Pacific Economic Cooperation (APEC) and East Asia Summits. It makes selective and strategic use of international organisations through engagement to project itself as a responsible stakeholder in the system. China has also initiated the formation of multilateral organisations such as the Shanghai Cooperation Organisation (SCO), the New Development Bank (NDB) and the Asian Infrastructure Investment Bank (AIIB) that have succeeded in increasing its influence in the existing international order.

(Excerpted with permission from One Mountain Two Tigers: India, China and the High Himalayas; published by Pentagon Press LLP)