The first comprehensive book on Indian spinners, ‘Wizards’ is a deeply researched, nuanced and richly anecdotal read, filling an important gap in the literature on the sport; writes Arif Mohammad February 7, 1999 – On a cold morning at the Ferozeshah Kotla (now Arun Jaitley Stadium), chasing 419 for victory, Pakistan were 101 for no loss at lunch with Shahid Afridi and Saeed Anwar cautiously watching off the new ball. They were already leading the two-match series 1-0 and Indians were worn-off with drooped shoulders – just like a flat Day 5 pitch. With Pakistan’s all wickets intact, a target of 419 seemed inadequate. Pakistan would have pocketed the series even in case of a draw, having won the first Test.

Post lunch, captain Azharuddin, after a brief chat with Anshuman Gaekwad, decided to switch Jumbo’s bowling end. Change of ends worked wonders and the visitors succumbed to the leg-spinner’s craftsmanship with Kumble becoming only the second bowler after England’s Jim Laker to take a ‘Perfect Ten’ in a single inning of the Test match. 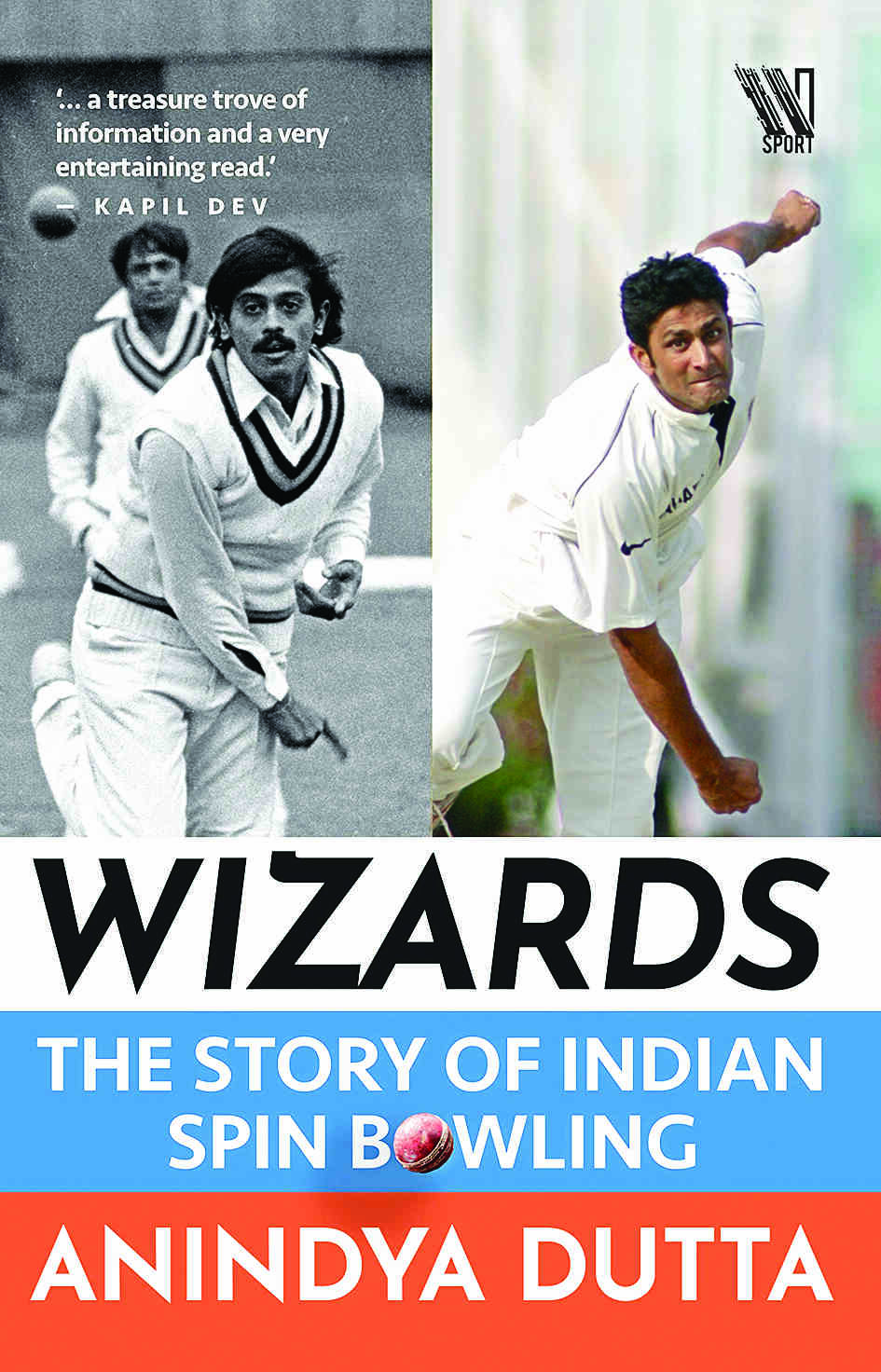 But this is not the juncture when India’s spin bowling became a dominating force. Anindya Dutta’s Wizards traces India’s rich history of spin dating as far back as the turn of the 20th century. In the Bombay Triangular and the 1911 tour to England, Palwankar Baloo’s brand of left-arm spin enthralled connoisseurs of the cricketing fraternity across the globe. Divided into four sections, the book unearths the entire journey of Indian spin including its early days.

By the time Palwankar Baloo bowled the final ball of his first-class career in 1921, he had single-handedly established spin bowling as a craft to be revered and encouraged. Rustomji Jamshedji Dorabji Jamshedji was Baloo’s successor who was never afraid to toss the ball up and deceive batsmen with the flight. This was the time when bowlers were expected to run in hard and bowl faster to get the better of the batsmen and asking a spinner to bowl was almost an afterthought. A 456-page read on this ‘special breed’ of bowlers, Dutta further draws a clear picture of carrying Baloo’s legacy forward pre-independence through CS Nayudu, Amritsar Govind Ram Singh and Amir Elahi.

As the WWII disrupted the sport globally, India’s cricketing scene was least affected. A new generation of tweakers was honing their craft against some of the best batters of spin. Many went on to play for the national team, but the man who grabbed all attention was Vinoo Mankad. In the 1946 tour to England, Mankad made his debut for a team that comprised world-class players in Vijay Hazare, Vijay Merchant, Mushtaq Ali and Lala Amarnath. He impressed the fraternity with his slow bowling and became the first Indian cricketer to achieve the feat of 1,000 runs and 100 wickets on a tour.

Then it was the time of the fabled Spin Quartet – Bishen Singh Bedi, Erapalli Prasanna, Bhagwat Chandrasekhar and Srinivas Venkataraghavan – who foxed and out-thought the mightiest of batsmen in the ‘60s and ‘70s and gradually established India as a dominating force. In the ‘80s and ‘90s, Laxam Shivaramakrishnan, Maninder Singh and Narendra Hirwani flattered to deceive before Anil Kumble and Harbhajan Singh re-established India’s reputation as possibly the finest spin nursery in world cricket. Carrying the baton forward was Ravichandran Ashwin and Ravindra Jadeja before the much popular ‘kul-cha’ combination (Kuldeep Yadav and Yuzvendra Chahal) took over as India’s limited-overs spin specialists.

Going against time, Dutta narrates a riveting read for all cricket lovers. Alongside deep research, the book also comprises insights from some of the greatest to ever play the sport and batters who had to deal with the Indian spinners. Though the number doesn’t justify the amount of talent Indian spinners posses, Sir Garry Sobers, who faced Subhash Gupte as a player, wrote in his 2002 autobiography that “Shane Warne is a great turner of the ball, but in my estimation, Subhash Gupte was a better leg-spinner.”

The book bridges an important gap in the literature on the sport and Wizards: The Story of Indian Spin Bowling is a cricket admirer’s tribute to the unnoticed slow men that lifted India to become a powerhouse in international cricket. Towards the end, Dutta also discusses why only two spinners went on to lead the national side.

A must-read for all cricket lovers.