In the accessible and gripping style of a master storyteller, Montefiore shows why these seventy speeches are essential reading, and how they enlighten our past, enrich our present and inspire; writes Arif Mohammad Acclaimed historian, Simon Sebag Montefiore, takes us on a journey from ancient times to the twenty-first century through a collection of history’s greatest speeches: Voices of History – Speeches that changed the World. Some speeches are heroic and inspiring; some diabolical and atrocious; some are exquisite and poignant; others cruel and chilling. The speakers themselves vary from empresses and conquerors to rock stars, novelists and sportsmen, dreamers and killers, from Churchill and Elizabeth I to Stalin and Genghis Khan, and from Michelle Obama and Cleopatra to Bob Dylan, Nehru, and Muhammad Ali. These speeches are divided into 19 categories. 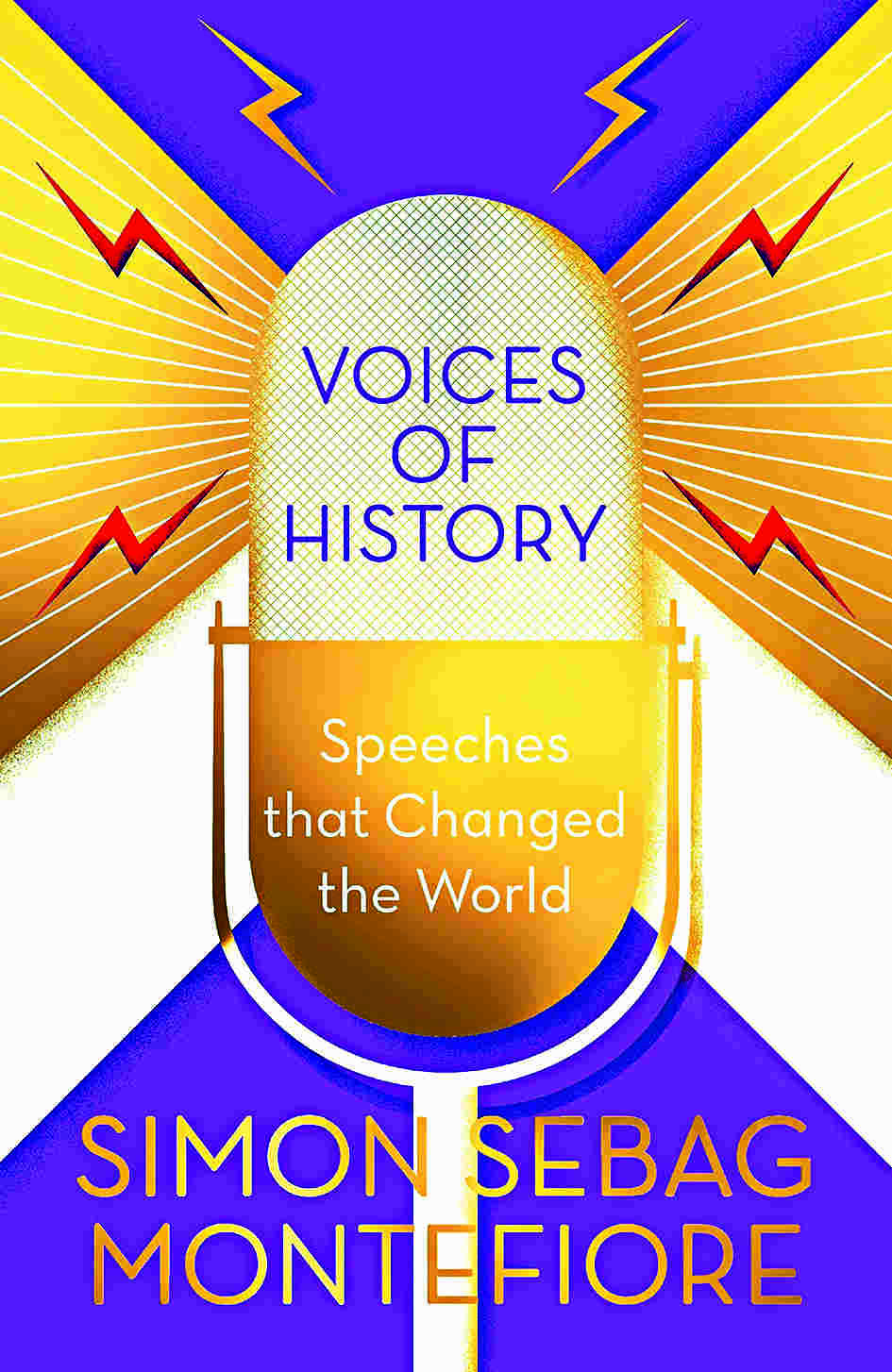 For most of human history, speeches could only be heard by a few thousand, and not more. The Roman Senate, the Athenian Ecclesia or even the English Parliament was initially heard only by those present. Same was the scenario of Alexander the Great’s battlefield speeches or Henry V. In the age of printing, the public could now read an official version – Elizabeth I’s Tilbury speech. Before the advent of TV or radio, political speeches were a form of entertainment, almost as much as theatre or a musical recital.

With the internet and digitalisation, the impact of speeches has grown many folds and oratory has now become more popular than ever. Young speakers like Greta Thunberg and Malala have become world-famous in one televised speech on climate change reform and education respectively.

The real theme of the book is a celebration of the power of words. The collection opens with Boudicca’s powerful ‘This is a woman’s resolve’ speech. Boudicca was a Celtic Queen who led a rebellion against the Roman occupation of Britain in AD 60 or 61. It takes the readers on a fascinating journey across various periods in history and also across different themes: for not love, beauty, and passion were the only forms of writing.

The book is a compilation of excerpts from various speeches with an introductory note for each. Not many readers would be aware of the background of the speeches and that is one area where the Montefiore could have laid more emphasis. The background note is short and it doesn’t build the real sense of understanding the speeches in some instances.

Speeches are tools of power as essential as artillery or gold: ‘instrument that a president uses to govern’. According to Churchill, if you have an important point to make, there is no reason one should try to be subtle and clever. Rather, using a piledriver is the solution – making that one point again and again: a whack! As the book suggests, the best speakers can make ideas and aspirations come alive – ‘I have a dream’, as Martin Luther King Jr addresses.

As one goes through the compilation, we can see how different personalities addressed their audiences. Elizabeth I begins hers majestically, ‘My loving people’. Mandela says, ‘Comrades and friends’. Lincoln starts, ‘Fellow countrymen’. Donald Trump doesn’t address his audience directly but just says, ‘ Wow! Whoa! That’s some group of people. Thousands!’ The opening of a speech is all about defining the relationship with the audience. It is important to make the audience comfortable, but the author suggests not to make the readers too comfortable because even the most egalitarian speaker must hold the helm and set the course.

Analysing the speeches, the author states that oratory is theatrical – it requires some of the gifts of the thespian and the tricks of the showman. But, at the theater, the audience knows that the actor is playing an imaginary part and wishes to enter into the fantasy. In oratory, there is indeed a show, a stage, and a drama, but the audience must trust that the ‘actor’ is not acting at all.

This is a precious collection of some of the greatest speeches ever made. These are speeches everyone should know about. Some are familiar and some seem new. It is a must-read for those who want to understand what words did these personalities choose that it marked them prominent even after many years or even centuries.