The book throws light on the people affected by the scandal and illustrates the devastating effect of politicians becoming so disconnected from the world outside Westminster that they become oblivious to the impact of their policy decision; writes Subhash Chopra The story of The Empire Windrush ship which docked on the British shores in June 1948 with 492 passengers from the Caribbean islands has its origins in the British slavery trade era when thousands of Africans were shipped to the West Indies to produce sugar, coffee and other brews for ‘Mother Country’ Britain.

Britain’s Guardian newspaper writer Amelia Gentleman’s book The Windrush Betrayal concerns itself mainly with the events after the Second World War and the Caribbean community’s reception and settlement in Britain. The trigger for the recent focus on the cold treatment meted out to the people from the far off warm West Indies was provided by the British government’s obsession with restricting immigration numbers from ‘hundreds of thousands to tens of thousands’ since 2010 under Tory Prime Ministers – David Cameron and Theresa May.

Cutting immigration numbers remains Britain’s hot issue under Prime Minister Boris Johnson and is likely to remain so despite whoever wins the general elections dated December 12, 2019. 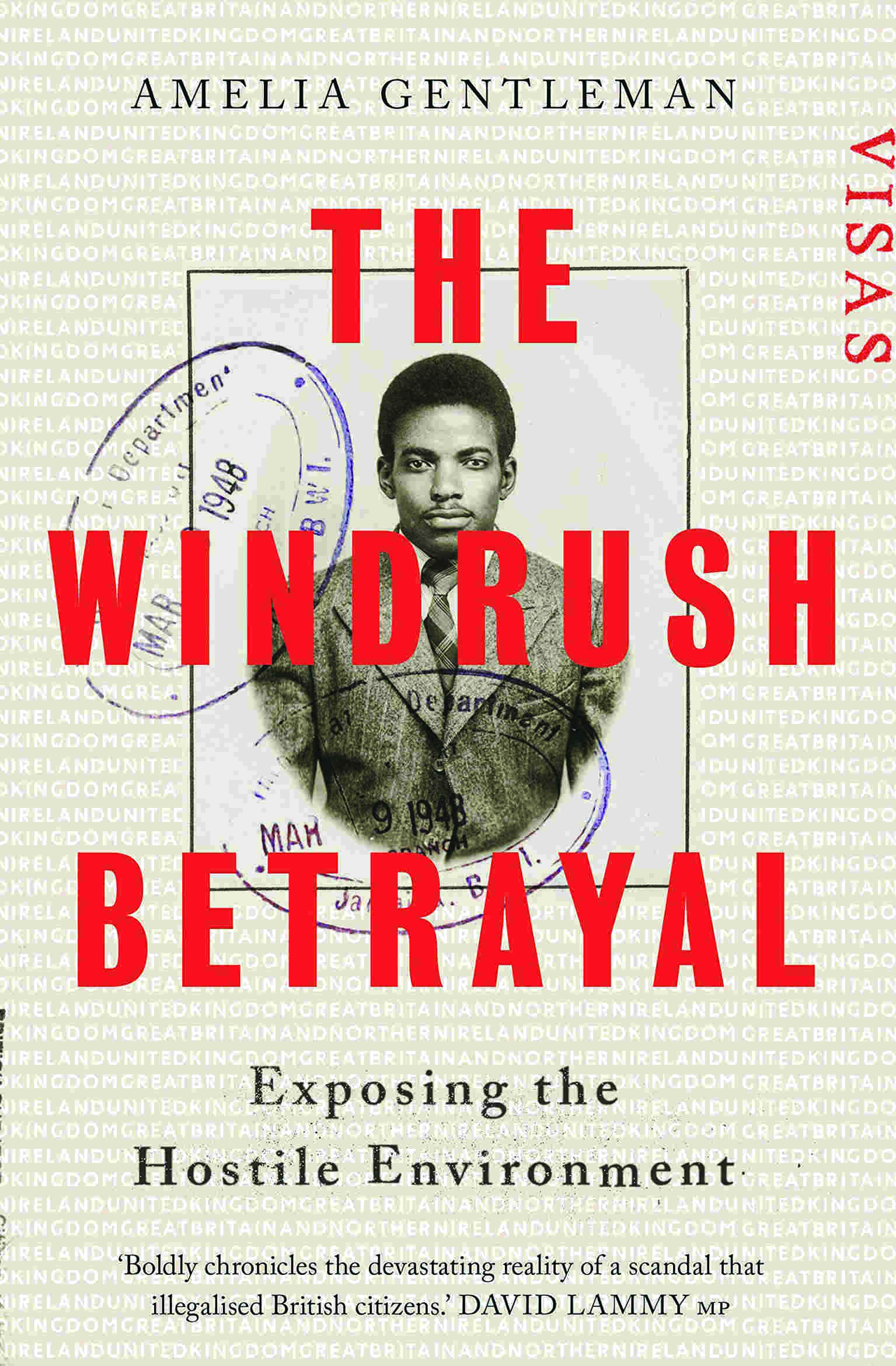 Unable to meet the numbers target when she was Home Secretary, May upped the chase in 2012 by declaring in an interview with the Daily Telegraph that ‘the aim is to create here in Britain a really hostile environment for illegal migration.’ The axe, as it supposed to, fell on the long-settled Caribbean community members – most of whom were British citizens since birth and have or had known no other nationality, having been born as British subjects from the Empire’s colonies. They were quite unlike other immigrants, from India, Pakistan or the rest of Asia with no ‘ Mother Country’ lore or hangover. The shock was all the greater for finding themselves unwanted in the hallowed ‘Mother Country.’

The subtitle of the ‘Windrush’ book – Exposing the Hostile Environment – hits the nail on the head and puts the spotlight on the community’s travails from 2012 to date. But there is no fire in the belly of the book on such a volatile subject. Though well researched and carrying quite a number of case studies of individuals hounded from pillar to post, the book fails to convey the soulful anguish of the victims.

The naked truth is that it’s a question of colour which is at the heart of the Caribbean community’s betrayal. The question of numbers – hundreds of thousands or tens of thousands – is only the veneer. Deep down it is the non-acceptance of people of colour whipped up by politicians from time to time – Enoch Powell onwards – that is at the root of the problem. The Windrush Betrayal points out scores of cases mentioning colour prejudice but it fails to put the spotlight on it, losing impact in a scattered maze.

The national debate on the issue seems to have undergone a change of direction with the departure of Prime Minister Theresa May and the arrival of Prime Minister Boris Johnson. The arrival of Mr Sajid Javid as Home Secretary for a short span before he rose the Chancellor of the Exchequer’s post, tweaked the immigration debate when he commented on the plight of the Windrush victims with a personal touch, saying when he heard of people being harassed for simply not having documents to prove their legal status in the UK: ‘I thought that that could be my mum, my brother. my uncle or even me.’ Rejecting May’s ‘hostile environment’ vocabulary, he redefined it as ‘compliant environment.’ Javid’s personal touch as a bus driver’s son and as a man from an immigrant (of Pakistani origin) family sounded quite reassuring, coming alongside Prime Minister Johnson’s declaration of the new immigration policy based on an Australian style points system without any ‘ hostile’ connotations. Damage control measures, including the setting up of a compensation fund, have also tended to soften the blow.

The Conservative party under Mr Johnson has given up the earlier target of reducing immigration, Black. Asian and even white European, from hundreds of thousands to tens of thousands. Instead, it has decided to adopt the Australian style points based on the preference of skills required in the country, with a reduction in the number of immigrants to follow gradually and through Brexit style measures which rule out free movement of people and workers. The fine print details are still in the works which could make immigration tougher, not easier.

The Windrush episode is just a sad reminder of history as Britain’s Bristol University has just appointed its first professor of the history of slavery to help ‘understand its past in shaping the future.’