"Shehla Masood : The Murder that Shook the Nation" | Entangled in fatal lust If an urban woman with ‘modern’ sophistication and a ‘questioning’ attitude is killed in our country, the investigation, in most instances, begins with a close examination of her character. Shehla Masood was one such gutsy woman – an Indian environmentalist, wildlife and RTI activist. Hemender Sharma, in his book, Shehla Masood: The Murder that Shook the Nation, peels many layers to understand her life, her murder and the ultimate resolution of her case. 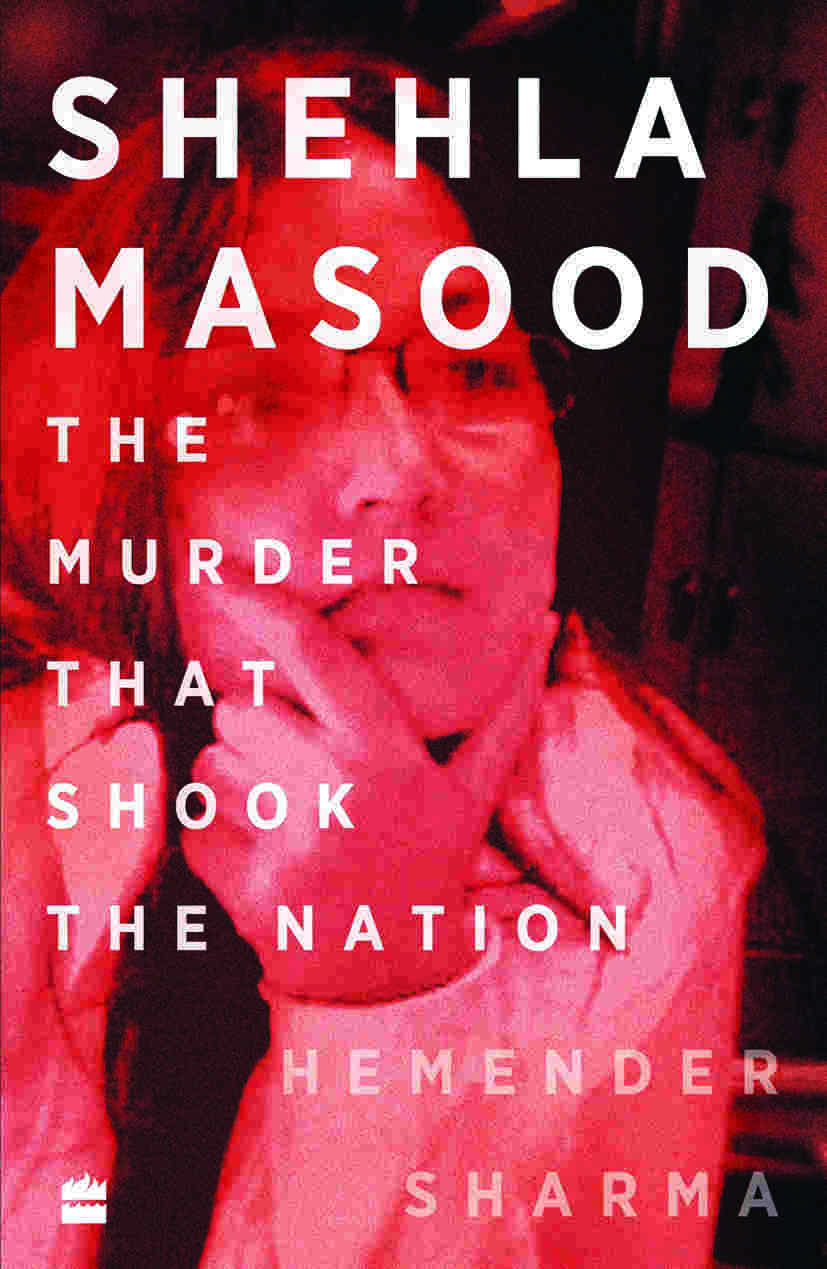 Stepping out of her house in Bhopal to attend Anna Hazare’s ‘India Against Corruption’ campaign, Masood was shot dead from point-blank range in broad daylight on August 16, 2011. With Masood featuring in the news ahead of her murder after exposing corruption rackets through ‘RTI Anonymous’ – a portal where individuals could file an RTI without disclosing their identity – the Indian media had covered her gruesome death extensively. Shehla came from a humble background, but convent education along with brave instincts made her a savvy Muslim girl endowed with big dreams.

The book unravels the circumstances that led to her murder, the politics that subsequently unfolded and the long fight for justice that ensued. Cover-ups and attempts to tarnish her image started soon after her death. The local police tried to label her death as a suicide, while the state chief minister ordered a CBI probe within 48 hours. Names of various political dignitaries and bureaucrats were in the suspect list, but when the verdict was declared in January 2017, Zahida Parvez, an interior designer who gave the contract to kill Shehla, along with three others, stood convicted.

Zahida, a mother of two girls, in her statement, revealed her affair with Darbar (pseudonym) who was the Chairman of Madhya Pradesh Tourism Department. After a few formal meetings, their friendship strengthened, leading to intimacy. Darbar, on the other hand, was already in a relationship with Shehla. Zahida was madly in love with Darbar and surely not fond of Shehla.

Darbar’s 53rd birthday was approaching and Zahida wished to celebrate it with grandeur. Bhopal has a tradition of politicians putting up their own hoardings and congratulating themselves on their birthdays. But to her disappointment, Darbar’s hoardings had no place for her, leaving her heartbroken.

She knew that Darbar was a Casanova, but couldn’t substantiate her doubt with palpable evidence. With her friend Sabah, she followed Darbar on instances to gather evidence and catch him red-handed. When Darbar went to meet Shehla on his birthday, Zahida was left fuming. Her anger and frustration usually subsided the moment she finished pouring her heart out in her diary. But this time, her anger knew no bounds. The man for whom she had waited the whole day, putting her family and daughters at stake, was drifting away from her. She assumed that Shehla was the culprit jeopardizing her illicit relation with Darbar, which was now showing visible cracks.

Zahida contacted Shakib, a contractor. When Shakib entered her office, she threw a file towards him with the initials ‘SM’ inscribed. It contained Shehla Masood’s newspaper cuttings from Hindustan Times and Free Press. She told him that she wanted this woman dead as she was negatively influencing girls. Besides, she had also lied to him about Shehla’s affair with her husband. She negotiated a deal worth Rs 3 lakh to get Shehla killed. Very soon, Shakib brewed the plan along with Irfan and Tabish, and it was only after a couple of failed attempts that they succeeded in executing the conspiracy.

On the day of her murder, Shehla walked towards her car around 11:19 am. She was about to ignite the car when Shakib pounced on her from the rear and shot her in the trachea. The detailed narrative furthers reveals Shakib’s call to Zahida confirming the murder, who further lets Sabah, her friend, know of their success. Irfan, Shakib’s partner in the crime, was let go as he turned an approver during trials. Zahida and Sabah were convicted under Section 302 (murder) with 120B (criminal conspiracy) of IPC and sentenced to life imprisonment. Shehla’s father, upset with the verdict, asserted, “Probably the real culprit will never be caught.”

The book also details how the CBI team, led by Joint Director Keshav Kumar and DIG Arun Bothra, painstakingly reached the killers after being severely misled.