Prochy N Mehta's Pioneering Parsis of Calcutta is a treasure trove of facts about the rich Parsi heritage of Kolkata – the nuggets of information and history documented in this book is an effort to preserve the knowledge gained from painstaking research; Excerpts: After China banned the opium trade, Parsis diversified into the cotton and jute-manufacturing industry. This was also the time of the great Reform in the Zoroastrian religion. Many Hindu customs had entered into the religion and the Avestan scholars called for a ‘return to the Gathas’. In addition, Christian missionaries dubbed the teachings of Zoroaster as nature worship and accused the faith of dualism. The religious scholars had recently translated the Gathas and knew that Zoroastrianism was a monotheistic religion meant for all mankind. It was a time of growth and churn and, despite the context of the size of the community, Parsis stood out for their pioneering instincts, their justice and philanthropy as well as their endeavour to go back to their roots.

Dorabjee Behramjee Bengali came to Calcutta and made a name for himself as a businessman. He was popular with Bengali merchants who called him Dorabjee Babu. He was involved in trade with China and had his own ship. In later years, he suffered great losses and had to wind up his business. He died in 1838 at the age of sixty-eight. 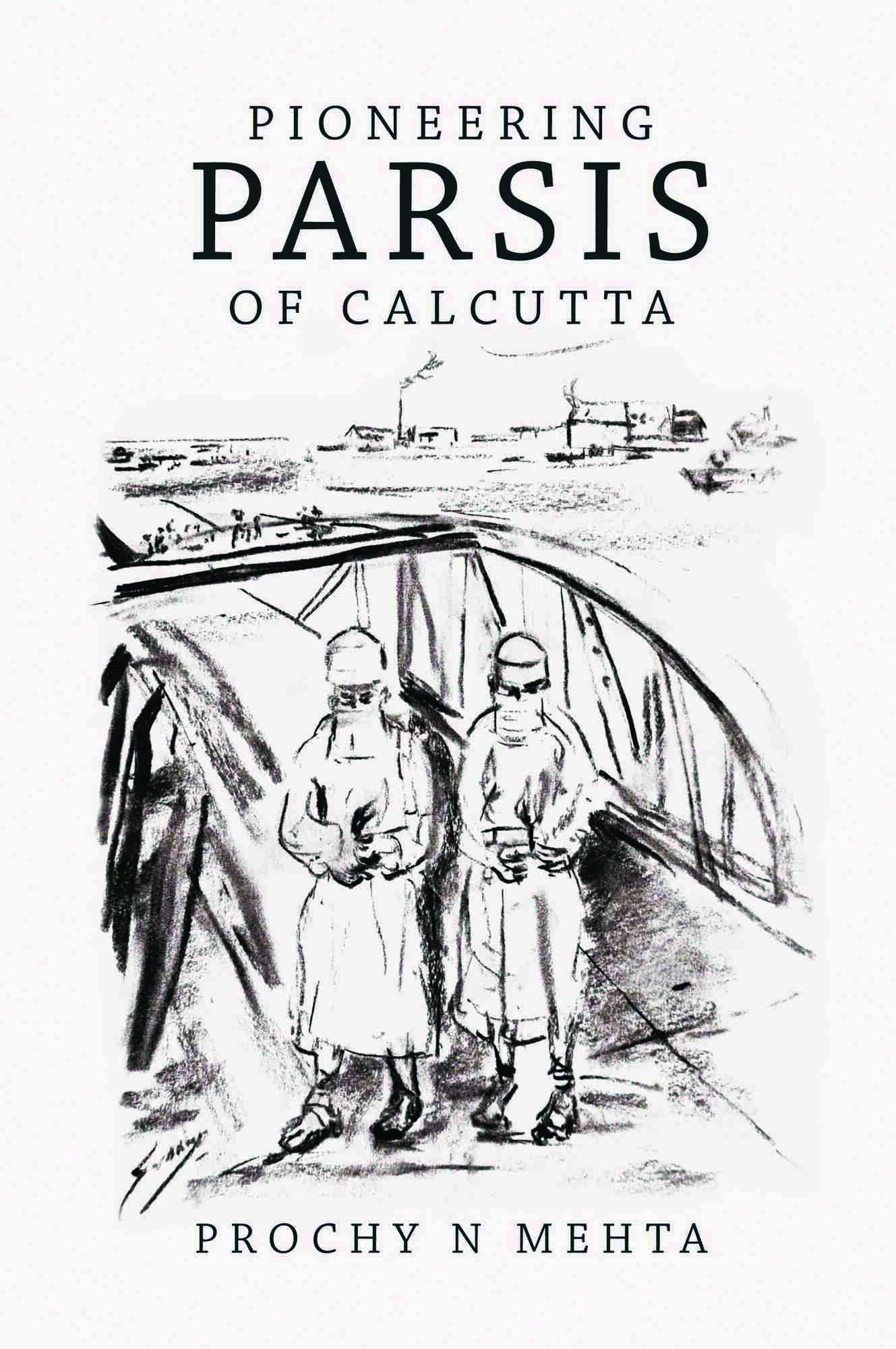 Meherwanji Limji Billimoria arrived in Calcutta around 1820-1822 and started his own business as a commission agent. In 1833 he built a ‘pucca’ bridge on the road leading to the Tower of Silence in his native place of Billimoria in Gujarat. In those days, Parsis had to pay an annual tribute of Rs 51 to the Government of Gaekwad of Baroda. He bought a large orchard in Parol village near Amalsad and donated it to the Parsi Anjuman there, so that the tribute could be paid out of its proceeds.

Dhunjibhai Rustomji Wadia was the younger son of the wellknown Bombay shipbuilder, Rustomji Maneckji Lovji. After training under his father, he came to Calcutta in 1837 and joined Rustomji Cowasji Banaji’s Calcutta Docking Company, as a master builder at the company’s Kidderpore Docks. He built many ships and some of them were used to carry cargo during the wars in China (1840-1841).

Framji Pestonji Nalladaroo was the first High Priest of Banaji Agiari. He came all the way from Surat by bullock cart. He served at the Agiari for five years and then started his own business. He was a scholar of the Pahlavi language and a Persian teacher in the Jamshedji Jeejeebhoy Baronet School in Surat. After serving as Head Priest in the Agiari, he started his own business, FN Nalladaroo & Co., in 1870 with the assistance of his sons, Byramji and Navroji, trading with China. Byramji would look after the Calcutta business and Navroji mostly travelled between China and India. This company then started trading with Japan, Italy and Czechoslovakia.

The Calcutta Parsi Club at the Maidan was started in 1908 by two brothers – Navroji and Byramji Nalladaroo.

Navroji was the first Parsi to be born in Calcutta and also the first Parsi to start playing tennis. In those days only Europeans played this game. Navroji was also a homeopathic doctor (‘pani ka doctor’). Five stalwarts of those days, Munchershaw Buttiwala, Byramji Nalladaroo, Navroji Nalladaroo, Hormasjee Kandawalla and Keki Spencer, got together and founded The Calcutta Parsee Club (name later changed to Calcutta Parsi Club) on 4 November 1908.

Khurshedji Bomanji Motabhai was a resident of Calcutta in the middle of the nineteenth century. In 1845 several merchants from the Hindu, Marwari and other communities started an agitation in Calcutta for the establishment of a society for the prevention of cruelty to animals. Khurshedji Bomanji Motabhai made a petition to the British Government on 24 October 1845 to enact a law to that effect. He wrote several articles in the local newspapers, such as Bengal Harkara and Calcutta Star, to keep this movement alive. Finally, the Society for Prevention of Cruelty to Animals was founded in Calcutta and Bombay.

Meherwanji Mehta, the father of Sir Phirozeshah Mehta, came to Calcutta in 1845 as a representative of Cama & Company and stayed in Calcutta for some time.

Khurshedji Rustomji Cama, the well-known scholar and religious teacher, came to Calcutta in 1849 and achieved fame as the first public speaker in Calcutta, on religious and social subjects.

In his school days, Cama had been persuaded by Dr John Wilson to attend services at St Thomas’ Cathedral. Later, he would attend small discussion groups on the Christian religion. The missionaries dubbed the teachings of Zoroaster nature worship and accused Zoroastrians of dualism. His mother got to hear of this, rebutted this and made him promise not to go to such meetings in the future.

Luckily for Cama, he travelled to England with Dadabhai Naoroji, who belonged to the Bhuggasarth priest family of Navsari, and he explained to Cama the tenets of the Zoroastrian religion and that it was a monotheistic religion.

On his return to Bombay, Khurshedji started teaching the religion. His first student was Ervad Sheriarji Dadabhoy Bharucha. Lawrence Mills, Jackson and Martin Haug first inspired KR Cama (who started his business life in Calcutta) and he set up the school for Zend & Avesta studies.

Many eminent scholars on the Avesta were his students: Dastur Peshotan Sanjana, Ervad Kavasji Edulji Kanga, Sir Jeevanji Jamshedji Modi, Dastur MN Dhalla, Tehmuras Anklesaria and Behrampore Anklesaria. They were selected for the Expert Committee on Religion in 1908 in the Petit Vs Jeejeebhoy case. The committee expressed the view that conversion was a tenet of the Zoroastrian religion.

Dadabhai Naoroji started the Religious Reform Movement in 1855 calling for the return to the Gathas to remove the Hindu customs that had entered their religion. He maintained that the Zoroastrian religion was not meant for a small tribe but a monotheistic religion meant for all mankind. He launched the magazine Raast Goftar or the ‘Truth Teller’ to clarify Zoroastrian concepts and promote Parsi social reform. He also founded the Rahnumae Mazdayasne Sabha (Guides on the Mazdayasni Path) to restore the Zoroastrian religion to its original purity and simplicity.

(Excerpted with permission, from Pioneering Parsis of Calcutta by Prochy N Mehta; published by Niyogi Books)