"Cancer, Your Body and Your Diet: A Vital Journey" | Demystifying deadly Cancer

Drawing from personal experience, Bhatia’s tome traces the history, evolution and impact of Cancer – the most dreaded disease in today’s time Arun Chacko, a veteran journalist who had travelled the world for his stories, died on June 15, 2015, of cancer – a word that one utters with trepidation. Three years later, his wife, Dr Arati Bhatia, a pathologist by profession, has penned a book that is the literary labour of a loving caregiver. She thought it fit to write about her personal experiences of dealing with cancer, not only from the first-hand perspective of a caregiver but also from that of a counsellor and someone who herself battled the disease in 2008, two years before her husband was diagnosed with "Stage IV prostate cancer". 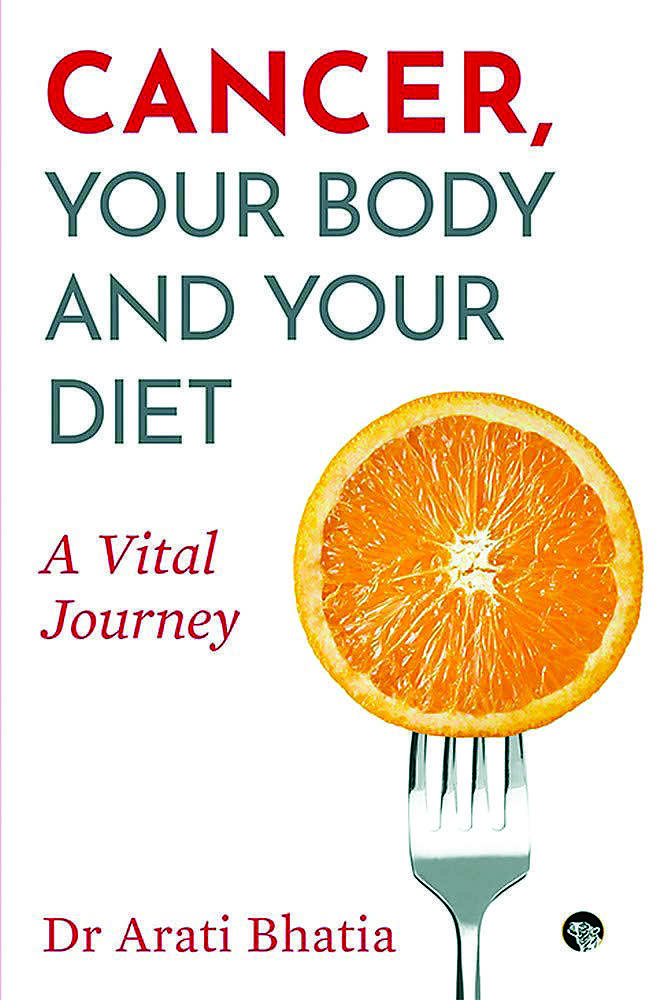 Cancer, Your Body and Your Diet: A Vital Journey is more than just an essential guide for cancer patients and caregivers – "the first of its kind in India", as the blurbs say. Broken into three distinct sections – What is Cancer?; Cancer and Nutrition; and Journey with Cancer – the book introduces to the reader, with deep personal knowledge and clinical detachment, an almost taboo subject, even though, as she says, "almost every family knows of someone afflicted by cancer". Beginning with the history and etymology of the word cancer, the author takes the reader through a very readable narrative of a "complex disease" on which billions of dollars have been spent for global research but which still defies a definitive cure, though considerable progress has been made in stalling its devastating effect on the human physical and psychological system. In the US, it is said, there has been a 25 per cent decline in cancer deaths over the last two decades. The disease has even spawned a number of weighty tomes, notable among them being Cancer: The Emperor of All Maladies by New York-based oncologist Siddharth Mukherjee that won the coveted Pulitzer Prize and has even been made into a six-hour film.

Dr Bhatia's contribution to this knowledge oeuvre is that the book is handy, practical, simply and sensitively written, filled with diet advice on ways of prevention, to dealing with the diseases and its debilitating treatments that result in a host of collaterals which leave the body weakened and vulnerable. Though today the internet provides a whole lot of information for the layman, Dr Bhatia's encapsulated guide to the relationship between nutrition and cancer, and how knowledge of food and its positive and negative effects on the human metabolism is key to preventing the diseases or fighting it, is what makes it an immensely useful handbook for patients, their caregivers and the layman who lives in daily dread of a still inscrutable disease.

Speaking Tiger, the publisher, has done a singular service in bringing out this book which, as I understand, was refused by other publishers who did not see much merit in investing in a personal memoir of a caregiver at a time the books that really hog the newspaper headlines are ones that either make sensational political revelations or have big names that can command large launch audiences. In that sense, the messaging of the book is as simple as its declaration and yet profound in its value – health tips for preventing and living with cancer.