To call Kavita Krishnan’s Fearless Freedom radical would be regressive given her brutal account of how women have been deliberately subdued because their freedom held the key to toppling all hierarchical systems. It is nothing short of essential in 2020 for people and especially people in our country to read this manifesto - if you will - that sheds light on how unleashing women’s autonomy is what the fight is all about.

Krishnan is searing in her approach as she describes how Indian women have been brought up with the idea that their safety comes with riders and certain conditions applied. She posits that for women, safety has been and is always something that needs to be looked at as a trade-off – how much freedom must I give up to stay safe. For example, ‘don’t go out late if you want to stay safe’. In fact, Krishnan also argues that the system has inculcated such an ideology that women are made to have a purpose for staying out late at night. She explains that as a defence mechanism, women tend to ask – but what about women who work as nurses or other professions that require late-night work. But she asks what if women want to go for a walk at night or meet a friend. The point she makes is why women are not allowed to simply want to stay out at night. 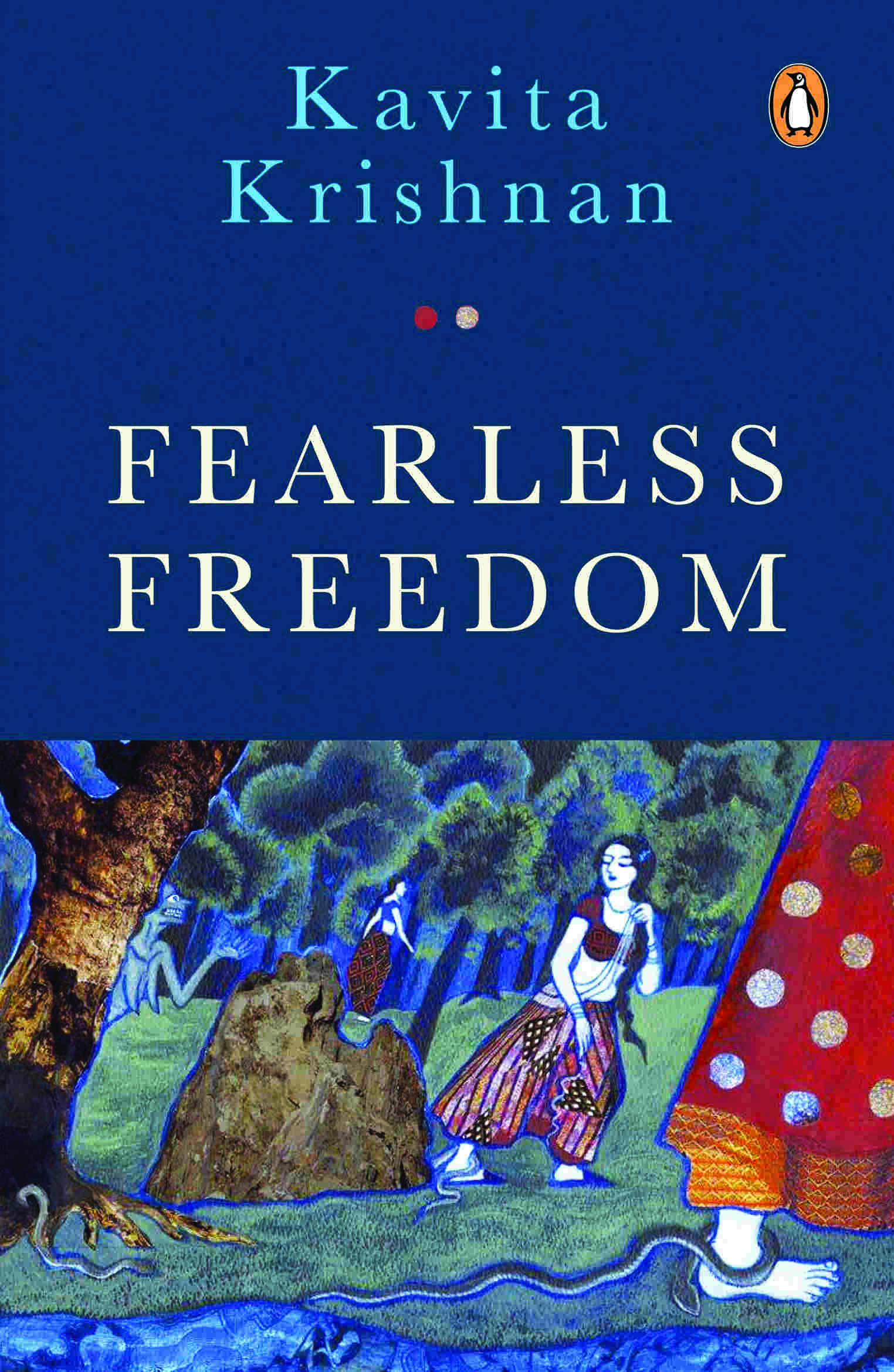 This is how Krishnan concludes that in the name of keeping women “safe”, the patriarchal system has, in fact, launched a crusade against their “autonomy”. Interestingly, Fearless Freedom locates some of the excruciatingly real forms of curtailment of freedom that many women have faced as young girls and continue to face as women. For example, Krishnan talks about how this ideology has led to a point where adult women’s autonomy is dismissed and the need to establish her guardianship takes precedent. Just days ago, one of my friends (who is a 25-year-old working woman) was subjected to something similar when her landlord refused to talk to her in the absence of her “local guardian” – they refused to deal with her as an adult.

The basic idea that Krishnan posits is that through twisted reasonings, the patriarchal society has found ways to code the curtailment of women’s autonomy as “providing safety”. One of the key consequences of not looking at women as people with personhood is that crimes like rape are seen as an assault on a family’s “honour” and not as one on the women’s right to consent to sexual activities. She says that this has resulted in some extremely dangerous circumstances where parents of a girl can allege rape even if she had consensual sex with someone they did not like. Of course, she backs this up with data compiled by The Hindu, which showed that out of some 500 cases of rape across New Delhi, over 40 per cent were cases where parents had criminalised consensual sex between their daughter and the accused.

Moreover, what Krishnan explains is that this allows and even makes room for increased caste-based violence and general violence against Muslims, Dalits and other minorities. The political establishment has led us to a point where something like “love jihad” has been coined to criminalise and bastardise consensual sexual relationships women choose of their own volition. While she largely does blame the current ruling establishment and its ideological roots for creating an environment where organisations with the sole purpose of separating couples on Valentines’ Day have thrived. The idea that women’s autonomy might lead to them choosing life partners outside of the patriarchal hierarchical system is another thing that drives the need to curtail their freedom, Krishnan says.

The historically oppressive caste system is built on ideas such as maintaining the purity of the duty “one was born into” and such ideals would be under threat if women were to exercise their personhood and autonomy. Krishnan says that the key to toppling oppressive patriarchal and casteist systems is for women to have the right to exercise their autonomy. Contextualising her work, she says that the protests that erupted in Delhi after the 2012 gang rape and murder case had led to a rallying call for women to have the right to demand – “bekhauf azaadi” (fearless freedom). The call had arisen from the need that women felt to tell everyone in authority that they need not be protected but that their “fearless freedom” should be protected instead. It was a call that rose from the frustration of receiving “tips” on how to stay safe rather than encouragement to exercise their autonomy and check the criminals.

The basic that parents can do in this world, Krishnan suggests, is to give their daughters the assurance that their education or freedom won’t be curtailed if she raises her voice against the oppressive patriarchy; assure them that they will not love her less for choosing her own sexual partner - be it of her own gender or not. Checking herself, while at the same time hoping for the best, Krishnan says that even if we move an inch towards understanding why women’s autonomy is important she would have moved an inch towards changing the world through this book.