“He came. The colossal crest of the tamal tree, facing him, convulsed like one possessed, in the unruly storm. Next, to it, the betel tree kept hitting the ground."

With the opening words of the short story Love (prem),famous filmmaker, Ritwik Ghatak, probably delineated his own life. Ritwik was indeed like a storm, who came and conquered but also ravaged himself in the end. 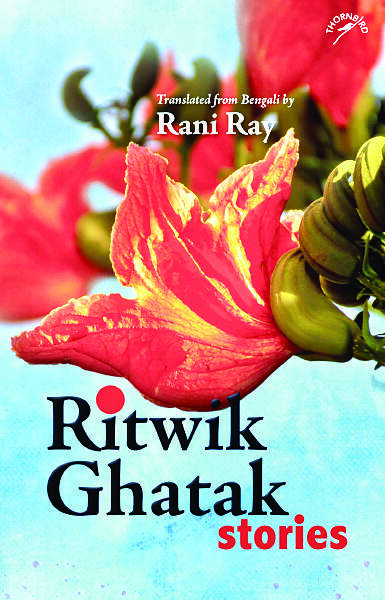 The short stories collection of Ritwik Ghatak was written in the course of a little over two decades (1947-1969). When these stories were originally published in Bengali, he was yet to become a legendary filmmaker – these stories convey a flavour of Ritwik's creation, not entirely justified in his films.

Ritwik witnessed the period of Partition just after Independence and, like many others, he was forced out of Bangladesh. He reached Bengal as an immigrant and settled his life amid penury. He was associated with a crucial part of the cultural revolution that took place in Bengal through the Left movement.

His short stories captured the life of Bengal through his observation. Some stories like On the Trail of the Milky Way have painted the image of the Bengali middle-class, who often regarded the people from Bangladesh as trouble. On the other hand, stories like Comrade show the class struggle and the state of the working class in the newly divided Bengal.

Being a filmmaker is about being a visual artist and Ritwik, in his stories, has succeeded in constructing images of different walks of life. Apart from portraying images of social strife, class struggle and howls for justice against the state machinery, some of his works were also drawn on the lines of love, romance and friendship.

Ritwik belonged to the era of prominent Urdu short story writer, Saadat Hasan Manto. Manto witnessed the same struggle back in Pakistan and Ritwik's stories bring some very similar experiences of the Partition. Both the writers were victims of the Partition and they endured in a society which was divided by force and not by choice. However, the populist idea of Manto has revolved around the stories on prostitutes and the darker hues of society, unlike Ritwik's. But the destruction caused by the Partition and its effects on the working class who suffered, the hatred imposed on them by the middle-class, are quite similar. Just like Manto, Ritwik's short stories talk about violence, death and struggle. But in the end, Ritwik's belief in love makes him distinctive.

Blossoming at a time when Communist struggle in India was taking a new path, Ritwik, like most Bengali artists, chose to be a Communist. This ideology and the dream of a better world has been an important part of his artistic expression. His short stories are shadowed by his faith in the ideologies of Communism and class struggle. However, Ritwik distances himself from the traditional political writers by not glorifying the heroes of his stories through political ideologies. The main characters of his stories could be referred to as protagonists but not heroes.

Ritwik always believed that art is an expression to connect with the mass. His art is truthful but not glorifying, his art is direct but not conventional and his art is colloquial not just flamboyant.

The result is in his stories. The stories have melodrama – colourful, lyrical and visual. Some might say that his short stories do not have the subtlety of literature. The short stories of Rabindranath Tagore in Bengal or O Henry of English literature are plot-based, with twists and turns, wordplay and flamboyancy being the main characteristics. Even in the field of literature, they are regarded as some of the best short story writers of all time.

The short stories of Ritwik are exceptional – not much importance has been laid on the plots – but people along with society are the prime elements of his work and expression. He was neither traditional nor a populist. When he made films, those became masterpieces in their own distinctive style. Having his own unique way of narrating stories, he could be regarded as a school of art.