"The Rajneesh Chronicles" | The God that failed

In studying the Osho cult, we realise the fragility of the human mind, the dangers of propagating a mob religion and the ultimate pitfalls of submitting to a messiah, discusses Radhika Dutt To understand the cult of Bhagwan Shree Rajneesh is to dismantle the frontiers of modern-day rationality. Yet, this antithesis of perceived modernity was borne only out of modern-day disenchantment.

Eastern mysticism is attractive. Even more to the Western mind that is divorced from the esoteric as an essence of society. This tug of disillusionment with the ordinary and attraction towards the obscure provides a conducive bedrock for marketing spirituality — a most preposterous claim that reverses the basic tenet of spiritual awakening. Those familiar with Indian spiritual philosophy will attest, commercial marketing of enlightenment is the last nail in the coffin that undoes any possibility of being enlightened. 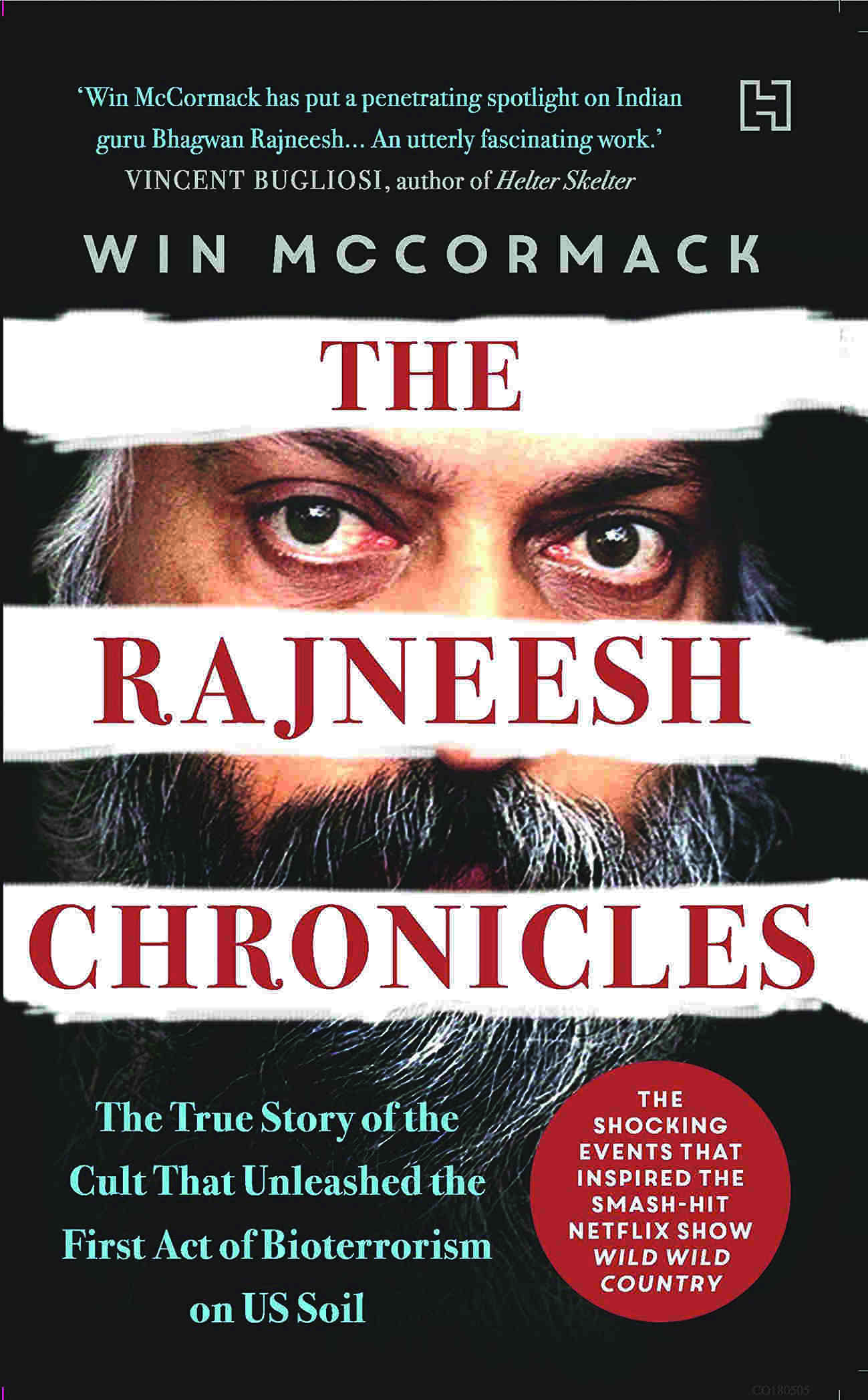 The Rajneesh Chronicles by Win McCormack, a reputed journalist, documents the journey of Rajneesh in Oregon, USA, with a wide collection of articles published between 1981 and 1985 in the Oregon Magazine – the period when Rajneesh and his Rajneeshees, as they were called, were thriving on a high of rejoicing life unbounded by norms, bonds or basic human ethics. Incidentally, this documentation went on to inspire the Netflix hit-series Wild Wild Country that vividly telecasts the activities at Rajneeshpuram.

Rajneesh moved to Oregon in 1981, with the claim of building a self-sustaining commune that would be divorced from the material principles of the capitalist West and the unequal East – in truth, he was escaping tax fraud in India. His disciples, who have been shown both in the book and the series, to be blinded by a love for the Bhagwan (as he addressed himself) flocked to the Big Muddy Ranch, spread across 65,000 acres, to help build, develop and sustain, what they believed would be a community ‘unlike any other the world has ever witnessed’. All seemed well until the cult grew more obnoxious than was expected. Sending red signals through the nearby tiny town of Antelope, their unabashed celebration of life adorning saffron-maroon cloaks disconcerted the aged residents there – most of whom were retirees, looking only for a quiet time in the lag of their lives.

As their clout grew, so did their nefarious practices. Sex and celebration aside, as the book highlights, Rajneeshpuram was a bedrock of all sins mortal – spirituality, for the Bhagwan, apparently nestled in practising material virtues – ‘materialist spiritual’ as he called himself. A hoax, nothing less if anything more. Rajneesh, with his gang, led by the astute Ma Anand Sheela, were routinely known to torture members in the commune, forcing them to work without pay for long hours, building houses, hospitals, lakes, laboratories – everything that would be required for a potential city. Alongside, there were classes of spiritual actualisation, with the misuse of Tantra epitomising the harassment. Women were routinely exploited, forced to submit to intercourse with 15-20 men, in no subtlety. Accounts of survivors from the ranch detail how the commune was a celebration of masochism and hyper masculinity – the women who made it to the top positions too were embroiled in these qualities that propagated discord, submission to the master and violent berating.

The injustice doesn’t end here. The Rajneeshees weren’t just satisfied with a commune, a ranch and a city to themselves. They soon began attacking the nearby town and county of Antelope, The Dalles and Wasco. Outnumbering the residents of Antelope, they gained control of governance, causing severe discontent in the town. In 1984, the Rajneeshees enacted the first most devastating case of bioterrorism on US soil by poisoning over 700 residents across The Dalles. By deliberating contaminating salad bars with Salmonella, the Rajneeshees were able to harass and disease a large section of the town which was hardly prepared for such a catastrophe.

Few had anticipated that a spiritual outfit would take on the colour of terrorism. Soon, the ranch was equipped with heavy ammunition including automatic guns and rifles. From just having noisy neighbours causing untoward trouble to Antelope’s senior citizens, America was at the doorstep of an imminent threat to its national security. Despite her many shortcomings, Ma Anand Sheela seemed to be a most effective administrator, almost single-handedly planting fear in several minds, who were still too helpless to react.

On one side, while violence and terror flourished, Rajneesh himself lived a resigned life of quiet luxury. With a vow of silence, in possession of over 90 Rolls Royces, adorning fine silk and satin, sporting a diamond-studded watch and housing several millions worth of unregistered money – the challenges of austere spirituality never found a place in the Bhagwan’s vocabulary. This could have been the first give away to his followers, who should have seen the hoax as it is. Instead, this path of embracing both the worldly and the otherworldly evoked an extreme fandom.

Osho, as Bhagwan later came to be known, was a genius. But, genius has its pitfalls. As quoted by humanist psychologist Nathaniel Branden in the book, “The greater a man’s brilliance, the greater number of truths he has insight to” and “the more dangerously destructive that man has the power to be – if his core is evil.” This pithily sums up Osho’s cult. He was a Professor of Philosophy, an extremely well-read man who had been moved by philosophies of death from a young age. He was a master hypnotist who had the ability to tamper with the human mind – anyway famous for its fragility. At Rajneeshpuram, as disciples recall, their identity was crumbled, their ego was disparaged and they were meant to feel like helpless souls only at the Bhagwan’s dispensation. This routine process of shattering identity and breaking self-consciousness ultimately paved the way for mindless individuals whose only recourse to glory rested in subservience.

The book is revelationary in its information and parallel insights into the human psyche. Complemented with pictures of 1980s Oregon, it makes for a wholesome read that helps understand how religion can be misused, how well-thinking individuals can be quickly converted into a mob and how silent subservience is the greatest weapon of the oppressor. The only drawback, when compared to the Netflix series, is the slight bent towards white man’s supremism that has reduced the voice of Sheela and the Bhagwan to noxious references.

In 1985, once the Rajneeshees were evicted after the fallout between Ma Anand Sheela and the Bhagwan, an antelope statue was erected in Antelope with a moving quote by British statesman Edmund Burke, whose relevance has amplified today, several decades later, “The only thing necessary for the triumph of evil is for good men to do nothing.”