Atal Bihari Vajpayee taught noted jurist Fali S Naiman an invaluable lesson: It doesn't pay to get angry or lose your temper in Parliament. "Atalji was an astute statesman to his fingertips. Courageous when required. Diplomatic when necessary. He taught me a great lesson – that it pays not to be angry or lose your temper when speaking in Parliament. It is always advisable to scotch your opponent with faint praise!" writes Nariman in a chapter titled The Lawyer and the Law Giver. 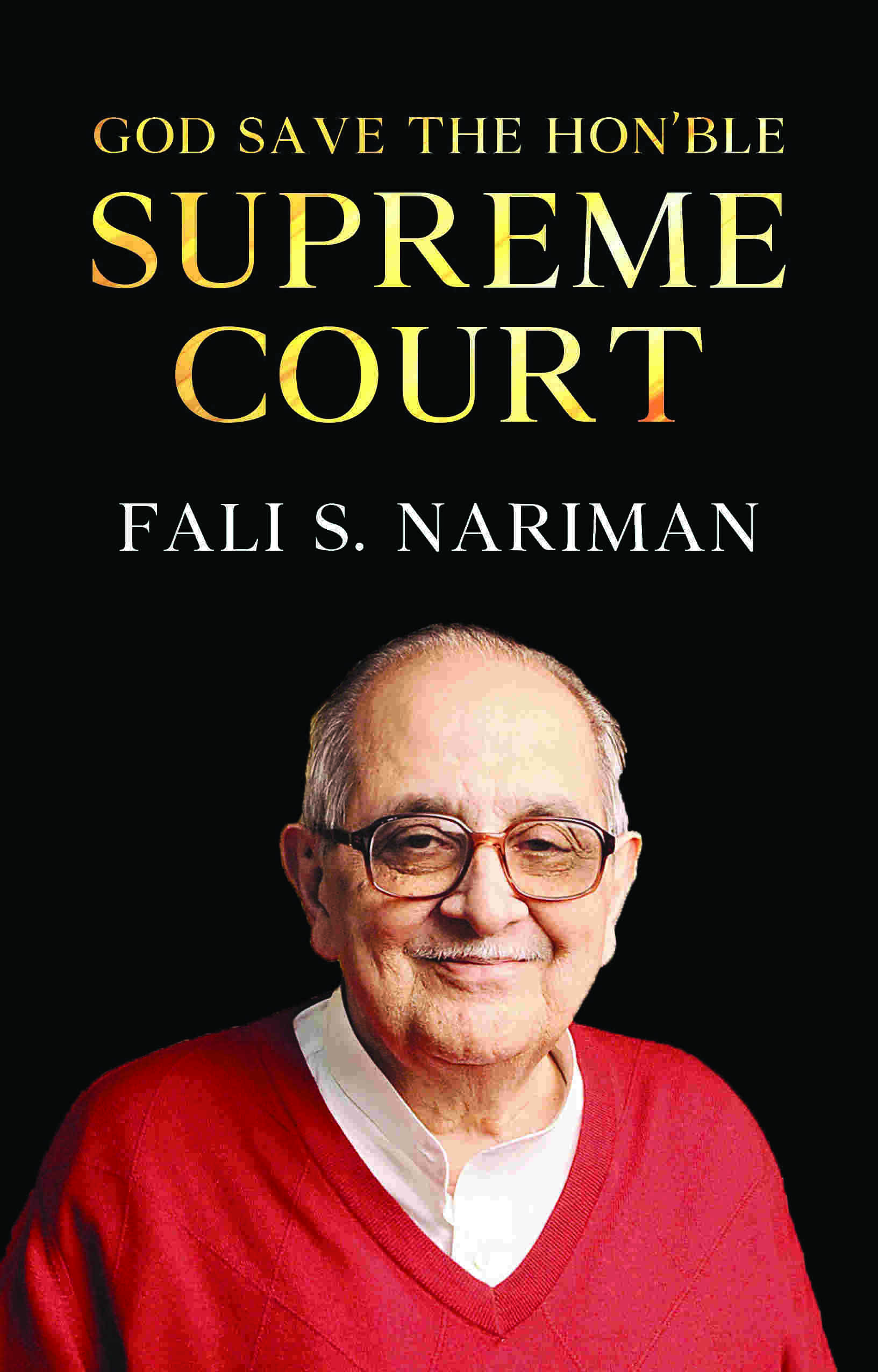 One example of this was when Vajpayee had returned from a foreign visit and it was customary for the prime minister to make a statement in each House of Parliament. MPs handpicked by the Chair were asked to pose questions so that more information could be elicited.

On one such occasion, Nariman found himself "one of the fortunate few to do so", along with two members belonging to different political parties. One of them posted a couple of questions and so did Nariman. The third MP was diplomat-turned-politician K Natwar Singh of the Congress, which was then in opposition "and his questions were very critical of the government and full of invective as well," Nariman writes.

"Natwar Singh spoke in crisp English: 'Mr Chairman Sir, I have six questions for the Prime Minister.' And he set them out one by one. While raising each question, he raised his voice as well: a decibel louder – each time angrier than when he had asked the previous question!"

He writes that Vajpayee answered the questions raised by others and then came to the six posed by Natwar Singh. "Speaking in fluent Hindi, he noted that the Congress MP was very intelligent and always knew his facts. He then added: 'Lekin unko gussa bahut jaldi aa jata hai' (he gets angry very quickly). That riposte brought the House down. The six questions remained unanswered – having been dissolved in laughter," Nariman writes.

He begins the chapter by stating: "There is a close race today as to which is lower in public esteem – the lawyer or the law giver," adding that "sadly, for both lawyers and members of Parliament, ethics in politics or in the law is at a low."

He then goes on to name Vajpayee as one of three "outstanding" members of Parliament (the other two being LK Advani and Somnath Chatterjee), "all distinguished leaders" who had "proved that one can be ethical – and act accordingly – as an honourable member of Parliament".

Vajpayee, Nariman writes, had a "very trusted, efficient and well-loved lieutenant" in his Council of Ministers. "But in July 2000, when that Minister stepped out of the crease and made intemperate remarks against the integrity of the then Chief Justice of India (about wrongly stating his date of birth), and when this became public, Prime Minister Vajpayee moved swiftly – on the high moral and ethical principle that one constitutional functionary must never denigrate or malign another high-ranking constitutional functionary," Vajpayee went to the President and had him sacked, says Nariman.

Earlier in the book, while not directly referring to the question of ethics, Nariman writes about "objectivity", "transparency" and "trouble spots" of individual Chief Justices of India, which he says "can be explained only by appreciating" that the Supreme Court of India "is an institution whose importance and prestige is far above that of the men and women, who for the time being, sit in it or preside over it".

Thus, "it was a grave error of judgement" on the part of Justice Jasti Chelameswar to "direct by order the setting up of a Bench of five judges to hear a particular matter mentioned before him. It was EQUALLY (emphasis in original) an error on the part of Chief Justice Dipak Mishra not to have replied (privately, of course) to the undated letter (of November 2017) addressed to him by the four senior-most judges listing their complaints" which got publicised on January 12, 2018.

"Silence in the face of a letter containing allegations (against the person or authority to whom it is addressed) is never an option. When you reply to a letter, you reveal your stand – and posterity judges you by what you said at that time and not by hindsight," he says.

"Besides, when a Chief Justice 'digs in his heels' and fixes the roster or determines the composition of benches not to the liking of any particular judge or judges, there is no option but to 'lump' it and await his departure from office at the constitutionally prescribed date of retirement," Nariman writes. IANS