"The Flavours of Nationalism: Recipes for Love, Hate and Friendship" | United we taste, divided we interpret

Food in India has never been uniform. Today, as we encounter fundamentalism, it is even more important that we embrace differences and endorse diversity, elaborates Radhika Dutt. In today’s atmosphere of swelling hate that is rapidly dividing individuals on the lines of caste, class, religion, community, colour, gender – noted Human Rights activist and Lawyer, Nandita Haksar, scripts a most provocative narrative delineating the truth of food in India. When ‘beef’ is the new ‘Voldemort’ – ‘she who must not be named’ – Haksar takes readers down a riveting journey of questioning apparently affirmed beliefs. 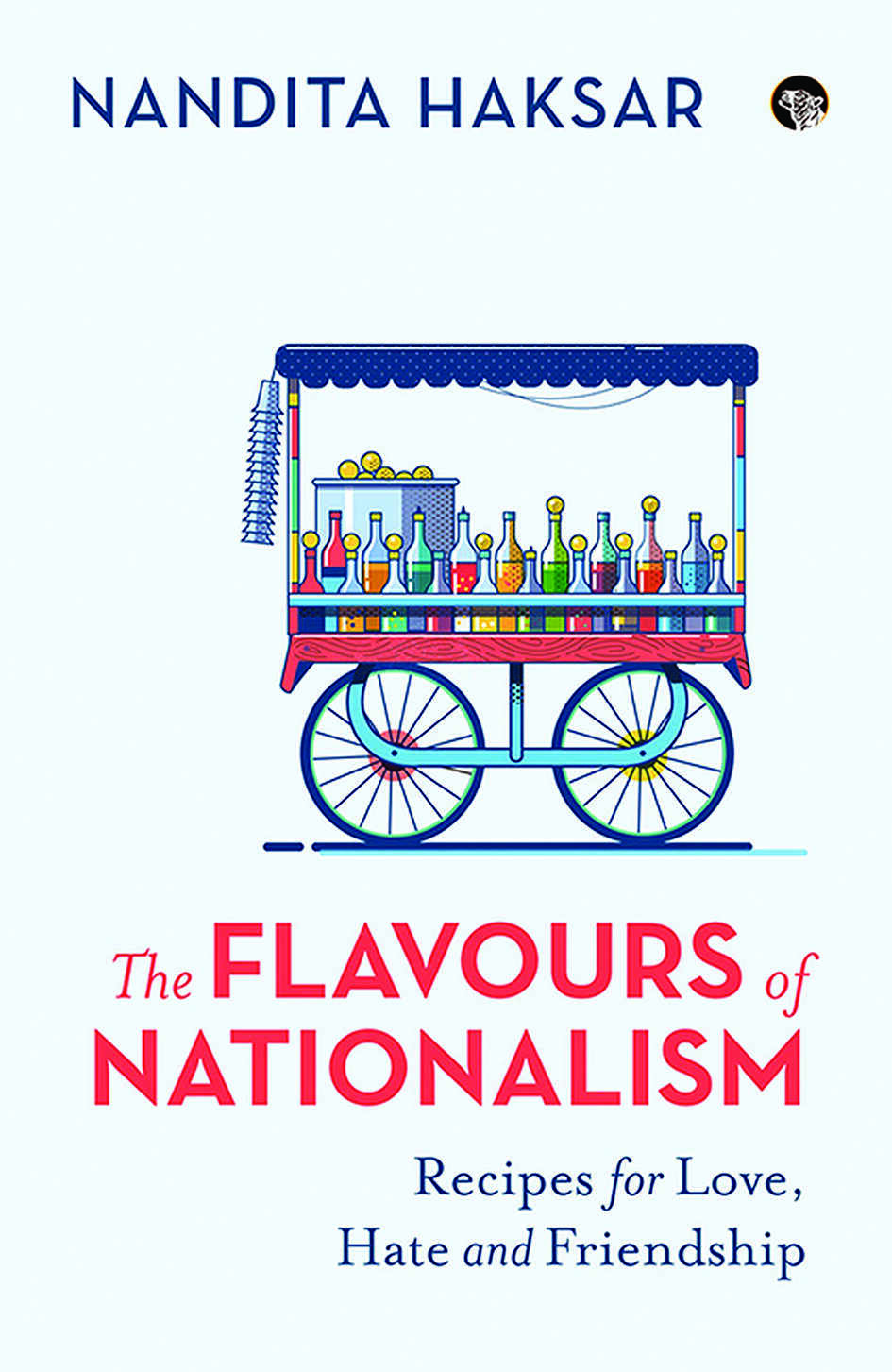 Food for the ordinary Indian, across centuries, has not only been a means to satiate hunger. It holds far more embedded, consequential meanings, mostly important even if derogatory. As of today, when instigating hate seems to be the most sought-after profession, Haksar reminds us of our roots. Roots that aren’t uniform, nor were they ever meant to be. For instance, being Brahmin maybe limited to understanding the adornment of saffron robes and a tilak, a puritan in consuming food and religiously performing mindless mantras. Yet, amidst this religious subjugation, a Brahmin has different colours. Remembering her roots of being a Kashmiri Pandit, Haksar recalls the strict Pandit diet of her grandfather, who never consumed onions or garlic but devoured meat. For today’s North Indian Brahmin that may come as a complete disassociation from norms. Yet, what we forget and must be constantly reminded, is of the fluidity of the normative. India’s diversity, in fact, rests on this ability to seamlessly flow through differences while assiduously maintaining reverence to the tricolour that represents the individual collective irrespective of differences on the palate.

Haksar, through her diverse experiences with communists, Pandits from Kashmir, Goans, Manipuris, Bengalis and even the Jarwahs, reflects on the Indianness of food. A desperate attempt to unilaterally draw each individual under a singular umbrella cannot possibly be the definition of being Indian. At each step, she recounts the difference and also the acknowledgement of difference that is essential to allow the Indian to thrive.

While accounting for acceptance, Haksar also sheds light on conflict. Another aspect that is inherently Indian. While we see disparaging communal remarks today, the phenomenon, by itself, is not entirely modern. Recounting an early experience of making tea for the first time as an adult for guests at home, Haksar notes an interesting anecdote. Wile she delicately cupped black tea for comrade Jogen Sengupta, she was quickly miffed for being bourgeoisie about her choices. “Comrade Nandita, this is bourgeoisie tea. You must learn how to make proletarian tea,” Sengupta had shot back, reminding Haksar of the nuances that separate choice.

Food in India is not simply about consumption. It is about establishing spaces in society. As Haksar too highlights, the upper class Indian may have a regular conversation with a Dalit, yet she/he will always hesitate to eat from the same plate or even share a meal. This has been an intense space of debate between Gandhi and Ambedkar when discussing the deregulation of caste in India. As Ambedkar had rightfully pointed out, no matter how many policies we make, unless we can allow the Dalit to enter our homes and eat off our plates, we will never be successful in dismantling this horrific caste system that even today holds the potential to upturn our society.

Food, then, again, has much less to do with satiating hunger and much more to do with establishing who we are, where we belong and how we wish to affirm our dignities.

A most important highlight of Haksar’s narrative is the debate surrounding what is appropriate food and what is not. This cuts across her various areas of residence. While in Kashmir, she playfully highlights the story of her cousin’s wedding to Manmohini, a Kashmiri from the Valley, who was drenched in tears before her wedding reception, as “she had just learnt that we (author’s family) would only be serving four meat dishes at the feast, and we would also be serving dal. How would she show her face to her family; she was dying of embarrassment and shame! In Kashmir, they would make at least seven or eight meat dishes and never, ever serve yellow dal, even to ordinary guests, let alone at a wedding feast!”

Then, and even today, food at weddings provide an important insight into the families that are being wedded into. It is a symbolism of ‘khatirdari’, ‘mehmaan nawaazi’ and, of course, affluence. What Manmohini’s grave crisis also highlights is the fine nuances that separate territories in India. While regions are different, so are states within a region and spaces within even a strictly defined a state.

Perfectly interspersed with accounts from growing up in Nehruvian India to remembering meals shared with imprisoned Iraqi refugees, going on to being served with pork during a stomach upset by a loving Manipuri roommate to cooking with Sebastian, her husband and partner in intellectual deliberation – Haksar paints India’s culinary geography – a most complex and rich territorial definition of India, the land which is nothing short of plenty. With memorable recipes from different regions and her own emotional insights to situations, Haksar has written an emotive narration, where she surely appears, as she should be, like many of us, deeply affected by India’s dwindling ability to recognise and embrace culinary difference.

Just as the rugged Himalayas stand in stark contrast to our pristine Kovalam – the Raan of Kashmir is distinct to the crispy Medu Vada – yet, this difference is not of separation, only of a creative confluence that births and nurtures our true Mother India.