Across its course of history and particularly in the last few decades, Bengal has witnessed a number of communal clashes breaking out across different parts of its diverse state. This had naturally led to political parties declaring selective narratives delineating their distinct ideological interpretation of the same communal breakouts. But the culture of Bengal has been plural, above partisan ideologies and beyond static communal narratives. To understand these forgotten narratives of dynamic Bengal, Bengali Culture Over A Thousand Years by Ghulam Murshid is a necessary intervention. 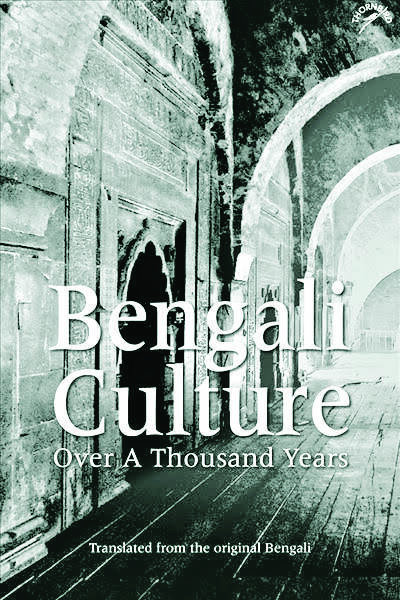 Murshid first wrote this book in Bengali by the name Hajar Bachhorer Bangla Sanskriti, which was published in 2006. The author pans out a massive field of ideas concerning the history and evolution of culture in Bengal. Being a scholar, Murshid, through the course of his narrative, has maintained the academic and literal insight of scripting a book. The book has been careful to not cross the boundary of facts and restrain itself from becoming overwhelmed with culture.

A cultural narrative of Bengal cannot separate West Bengal and East Bengal (present-day Bangladesh) because the partition never obstructed cultural belonging. A mere geographical division cannot change the cultural narrative of Bengal, the author has subtly highlighted this through the book. Murshid’s focus has been on pre-Independence Bengal, West Bengal and Bangladesh. The individual chapters of the book have dealt with society, religion, the impact of the West, women, music, cinema, theatre, food, attire, etc.

While talking about these ideas is conventionally easier in Bengali, in English, with a greater range of readers, the depiction demanded simplicity and specificity. Translator Sarbari Sinha has fulfilled that task successfully, easing the flow of even some of the more complex ideas. The work is essentially a description of the changes in Bengali society and culture through the Mughal and pre-Mughal era, British rule and during the various partitions. Adopting an anthropological approach, the larger aim of this text appears to be to show how Bengalis were not only influenced by changes around them but also how other communities and their indigenous practices were impacted by Bengali culture.

Now, when the state is witnessing a growing incidence of communal tension and insecurity among minorities is surfacing to the forefront – Murshid takes his readers back to the time when Bengal had flourished amid a vibrant cohabitation of Hindus and Muslims, who in turn evolved together through the process. The culture of Bengal is not monolithic but a combination of various religions, castes, and sub-castes. “Bengali society is endlessly divided, the two major stakeholders being Hindus and Muslims. Historians have written either the history of Bengali Hindus or histories of Bengali Muslims, not comprehensive works covering the shared destiny of the entire Bengali speaking people," the author laments.

The book in its Preface also notes, "Art, literature, music and other intellectual expressions of a particular society are together regarded as the culture of that society. Ideas, customs and social behaviour of a particular people or society are also its ‘culture’. Contrary to what we think, it is not easy to describe ‘culture’, nor is it easy to write cultural history. Writing the history of Bengali culture is even more difficult because Bengali society is truly plural in its nature, made even more so by its political division." This anecdote succinctly explains the emphasis of the book.

To describe the culture of this vibrant society, Murshid touched upon various important and enlightening issues. The author, in the chapter titled Love, Marriage, and Family, explains the patriarchal undertones of Bengali culture. In this chapter, Murshid explains how "romantic" love came into the society around the time of the 19th century. While explaining these important cultural issues, the author has also explained that ideas such as marriage in a society are beyond the boundaries of any religion. A society and its beliefs and faiths are not limited to any particular religion; instead, it lies within each individual and that is why it is ‘culture’.

The author has drawn attention upon discussing the impact and reception of Western, especially British culture. He has also explained the rise of Babu or Bhadralok culture with the parallel influence of the British. The author also shows how the individual ingredients of Bengali culture have evolved and found expression in the context of political development and how certain individuals have, in their due process of acclimatisation, moulded culture. Above all, the book presents the identity and idiosyncratic qualities of Bengali culture.

The book will remind the readers of a forgotten narrative of a society which cultivated pluralism as its core value and evolved with the learnings of each religion, language and people.