"The Bourbons and Begums of Bhopal: The Forgotten History" | Bourbons, Begums and Bhopal

Bourbons of Bhopal had amalgamated a society of confluence –equality between religions bloomed in prosperity, writes Mohammed Shafeeq. The book is an attempt to relive the forgotten history of the Bourbons, who played a key role in the development of Bhopal by serving the ruling Begums of the State. Since the author belongs to the same family, the book is a historical account with an added personal flavour. Indira Iyengar has thus fulfilled a promise she made to her mother, Magdaline Bourbon, to research and write about Bourbons, who were appreciated by the Mughals and trusted by the Nawab Begums of Bhopal. The author has compiled the stories narrated by Magdaline, a descendant of the Bourbons, besides her own extensive research on the family. 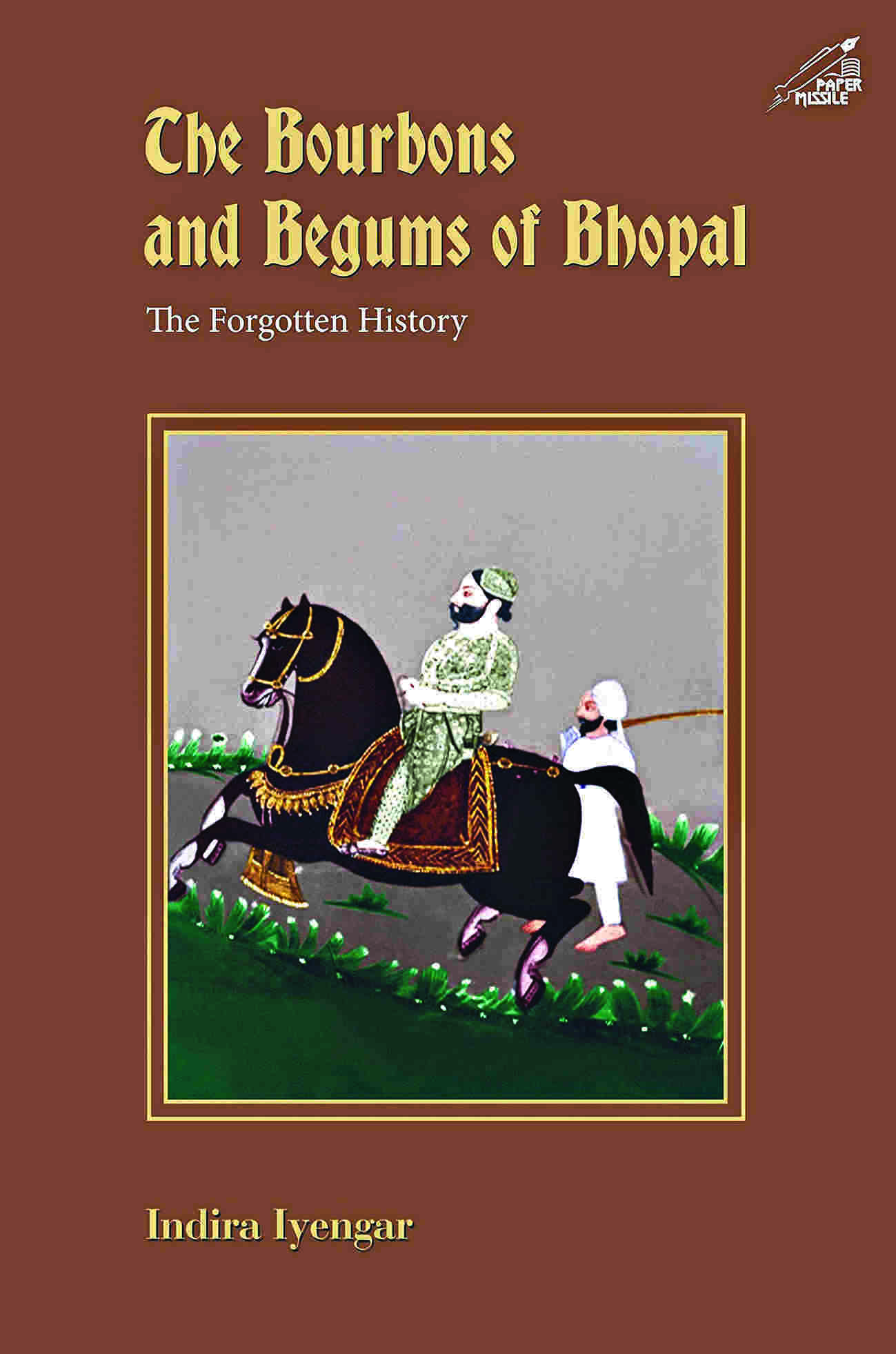 With the French Bourbons buried in oblivion for three centuries, it was no easy task digging out the past and making people aware about their heroic deeds and the role they played in shaping Bhopal and its history. Indira, a social activist, has done this brilliantly with ample use of photographs from her private collection. Historian Rizwanuddin Ansari has prepared the family tree of the Bourbons for the book.

“This book fills a huge gap in the literature regarding the contribution of the Bourbons in Bhopal’s history. It provides a compelling case to attribute the success of the Bhopal State to the Bourbons,” Ansari writes in the foreword.

Magdaline, who was born and raised with the Muslim royal family in Bhopal, shared with his daughter her memories in Bourbon Palace (Shaukat Mahal). She traced the origin of Bourbons in India with the arrival of Jean Philippe de Bourbon, a descendant of one of the noblest French families, in 1560. He made his way to Mughal emperor Akbar’s court and is said to have subsequently married Juliana, the sister of Akbar’s Christian wife. Jean Phillipe’s descendants travelled to other parts of India and finally came to Bhopal.

The Bhopal story starts with the arrival of Salvador Bourbon in the 1750s. He was welcomed by Mamola Bai, Bhopal’s first woman ruler. She made him a General in the Bhopal State Army and gave him the Muslim name Inayat Masih. His son Balthazar Bourbon alias Shahzad Masih and, later, his son Sebastian Bourbon served as Prime Ministers to the Begums of Bhopal – Qudsia Begum (1819-1837), Nawab Sikandar Begum (1844-1868) and Shahjahan Begum (1868-1901). Bourbons accepted Muslim names, clothes and the language and ultimately settled down in Bhopal. Known for their bravery and administrative acumen, Bourbon Prime Ministers also left their mark on the French-influenced architecture in Bhopal. The Bourbons were also known for their culturally diverse living style. They went to church, but just like the Muslims, the women sat behind a curtain. They wore a Muslim garb and celebrated both Hindu and Muslim festivals, Iyengar observes.

The author has dedicated a chapter to Balthazar Bourbon, who had a multifaceted personality. A prolific writer and a linguist, he was well versed in Urdu, Persian and English. He would attend mushairas, reciting Urdu and Persian poetry at night and don the Prime Minister’s mantle during the day.

The book highlights the secular ways of living as depicted in the architecture, clothes, language and the style of celebrating festivals of Hindus, Muslims and Christians in Bhopal. Iyengar writes that the reign of the Begums spanning two centuries was Bhopal’s most fruitful period.

“The peaceful rule of the Begums was characterised by a beautiful blend of Hindu and Muslim cultures, which made Bhopal unique in many ways. To this day, Bhopal is known for its Ganga-Jamuni tehzeeb, which signifies the marriage between India’s dominant cultures.”

The book lauds the role played by Bourbons in defending Bhopal in wars and as mediators between the rulers of Bhopal and the East India Company. Another interesting aspect dealt with by the author is the bravery and courage shown by the Begums of Bhopal, Balthazar’s wife Isabella Bourbon alias Madam Dulhan and even ordinary women. The author has also highlighted the contribution of the family in building churches, chapels and cemeteries in different places.

The author has also dealt with the decline of the Bourbons. One of the conjectures is the end of the Zamindari system and the rift between the royal family and the Bourbons. A few of the Bourbon clan managed to settle abroad and one of their branches married into the Bengali Ghosal family, a reference to Magdaline’s marriage with Satish Chandra Ghosal in 1936. They had four daughters including the author of this book.