Home > Book Review > Of and Beyond Murthy

"Here, There and Everywhere" | Of and Beyond Murthy Before you pick up a copy of Here, There and Everywhere, do not confuse it with the famous Beatles’ song. The book is a collection of Sudha Murty’s best stories written over the years and across the many books she has published. 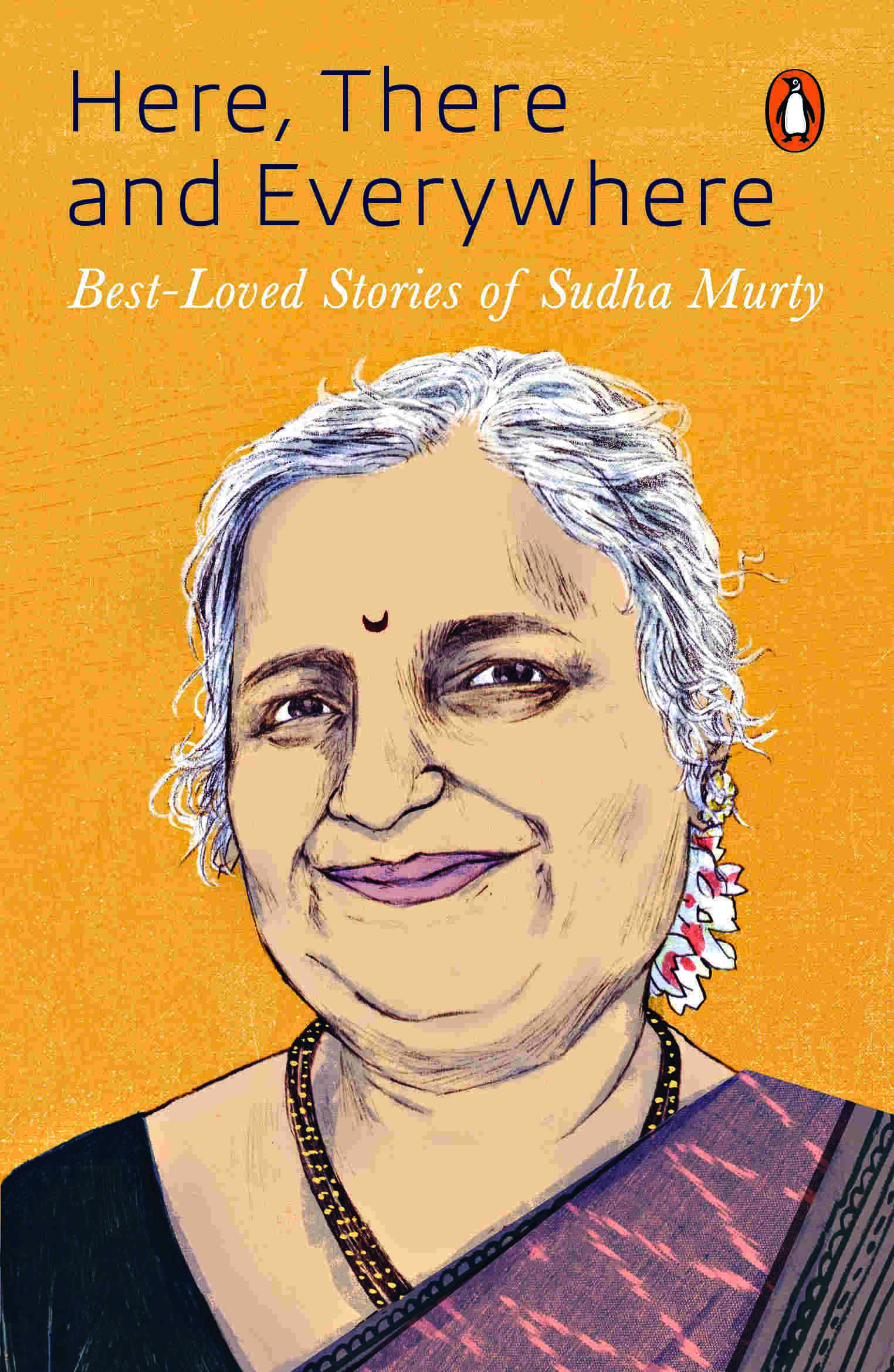 A philanthropist, entrepreneur, engineer, the book is a collection of vignettes of her observations and interactions with a cross-section of people across the country and in some cases beyond it. Like in her other books, the simply-written anecdotes and the references drawn from them, are attempts at offering life lessons to the reader in an uncomplicated form. But occasionally, the messaging does reveal a top-down tone of communication, with more than obvious traces of overbearing benevolence. And then, somewhere in the middle, Murty throws in a sexist shocker.

Take the narrative in the chapter The Old Man and his God, for example, which is a recount of her travels to Thanjavur in Tamil Nadu on a rainy night, when the torrent forces her to stop at a temple for shelter, during which Murty converses with an old couple – an aging pujari and his wife. After the priest fulfills her request of offering a mangalarti to the deity, Lord Shiva, Murty offers him Rs 100, as against a tenner, which is the biggest offering made at the temple. The old, wizened priest refuses to accept the big currency note, arguing that he values her (Murty’s) devotion over money, especially of a big denomination.

Murty then writes: “I was taken aback. I did not know how to react. I looked at the man’s wife expecting her to argue with him and urge him to take the money, but she just stood quietly. Often in many households, a wife encourages the man’s greediness. Here it was the opposite. She was endorsing her husband’s views.”

It is strange for a philanthropist and an award-winning writer to come up with such sexist generalisations, blaming wives for giving rise to greed in many households. This may take nothing away from her track record as a writer and the philanthropic interventions which have changed and touched a lot of lives. But it does betray the trajectory of thought, leaning away from feminism. Each of the 22 chapters follows a similar pattern: an anecdote, which is interspersed and often followed by a simple analogy. The key to Murty’s success as a writer is the simple, understandable language, her easy choice of words and her larger than life persona. But, you cannot just help but notice the fact that the overwhelming spirit of benefaction, scattered throughout the book appears, sometimes borders on the preachy.