"The Psychological Impact of the Partition of India" | Metaphor for Madness: Trauma of Partition

The book reads into the tremors of horror and anxiety that continue to haunt memories of Partition, writes Tarun Basu. In a few weeks, India and Pakistan will commemorate the 71st anniversary of the Partition of the subcontinent with speeches, marches, exhortations and ceremonies. The day is a celebratory occasion; little thought is spared for the suffering and trauma that millions of men, women and children endured in the cataclysmic event that not only changed the geography of the region but also scarred its history, mutilated its sociology and left bitter legacies that are being felt to this day in the two countries’ politics and policies.

While events like the Holocaust have created a fair amount of psychological literature; in South Asia, virtually no documentation is available on the Partition survivors and their experiences of the “mass displacement” during which an estimated one million people were killed, thousands of women were raped and 10 to 15 million people were forced to leave their homes as refugees to an uncertain future. This is either because, as the authors contend, the medical services were quite indifferent to the psychological space for long or because the horrors of Partition got “entombed” due to a certain wariness of resurrecting its ghosts. 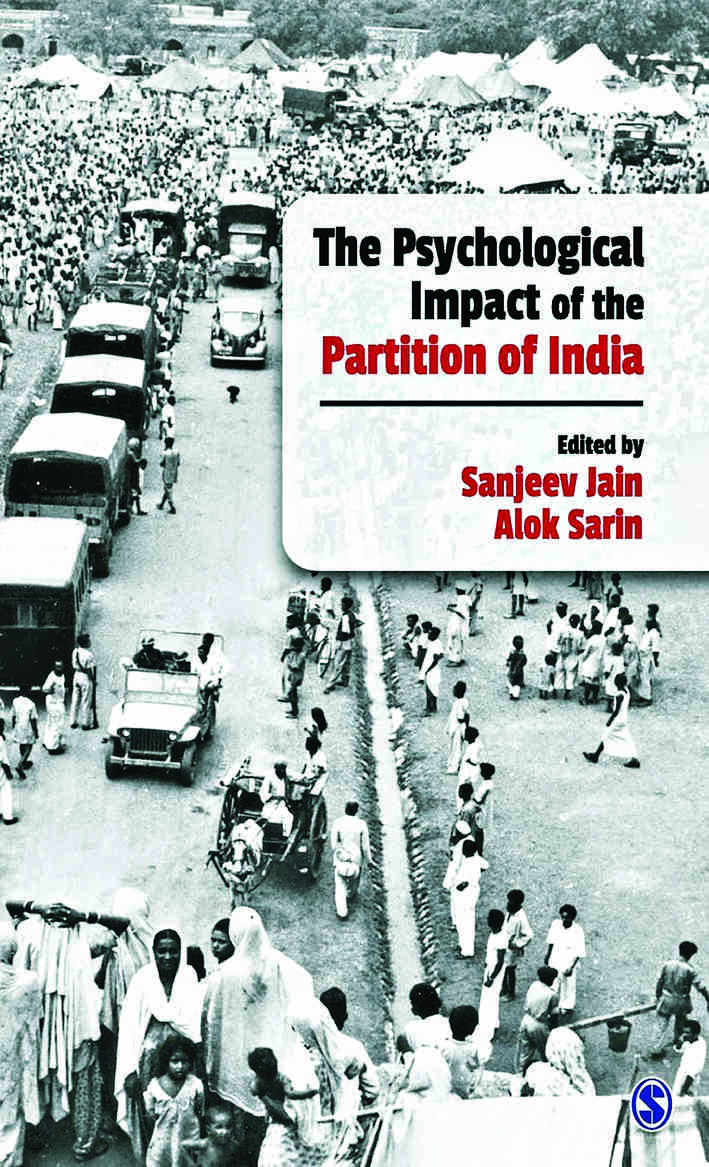 This first-of-a-kind collective, interdisciplinary inquiry into the impact of Partition on the minds of people – edited by two eminent psychiatrists, Dr Sanjeev Jain and Dr Alok Sarin – brings together psychiatrists, historians, sociologists and literary minds in a holistic examination of the psychological and sociological impact of the Partition, especially at a time when mental health and its consequences have become a modern scourge and yet remains the most misunderstood science.

Since the Partition involved two countries and their peoples, how much post-partition inquiry has happened in Pakistan? While the Pakistani state is seemingly blindsided on this aspect, there has been some professional interest there and this book would have gained greater currency if the views of the “other side” could also be incorporated in some way. There seems to already exist a cross-border organisation of mental health professionals in the shape of the Indo-Pak Punjab Psychiatric Society.

Nevertheless, when the Partition is spoken of, it largely implies the partition of Punjab. The partition of eastern India – the division of Bengal in 1905 – has not evoked the kind of inquiry and research that the western division – with its traumatic consequences – has. Nevertheless, this is a valuable repository of experiences for psychiatrists and mental health counsellors of future generations – especially since it has been established that there is an intergeneration transmission of trauma – on what caused this madness and its social fallout and should lead to a more humane understanding of persons with mental illness and psychological distress.

Did the Partition unleash an insanity which persists in day-to-day life, attitude and ideology? Well, as one of the contributing authors, Moushumi Basu, argues, there is an “everydayness” to Partition and there are always people, aided by political conditions, who would exploit religious and other social vulnerabilities among people and communities to lead nations on to dangerous paths – from the break-up of Yugoslavia in Europe into five countries to Darfur in Africa that led to the eventual partitioning of Sudan into two nations. And, if these are not lessons to be learnt from history, the book provides plenty of thought and psychological fodder on how Partition can be a “metaphor for madness” among societies and nations, often with disastrous results.