"The Mortal God: Imagining the Sovereign in Colonial India" | The transiting facets of indian history

Milinda Banerjee’s book is a poignant intervention into ideas of the sovereign and its making through the tenure of colonial legacy that has shaped modern India, discusses Amrita Sen. As India looks to complete its seventy-first year of Independence, questions regarding the legacy of colonial rule and its role in shaping not only the modern democratic nation state, but also its constituent units, have become more important than ever. Milinda Banerjee’s The Mortal God: Imagining the Sovereign in Colonial India is a much-needed timely intervention in the area, and takes readers on a richly nuanced survey of Indian Princely States, the emergent nationalism movement, and the ideological function of the British monarchy during the nineteenth and early-twentieth centuries. Thoroughly researched, the book uncovers neglected facets of Indian intellectual and political history in a remarkably clear manner. 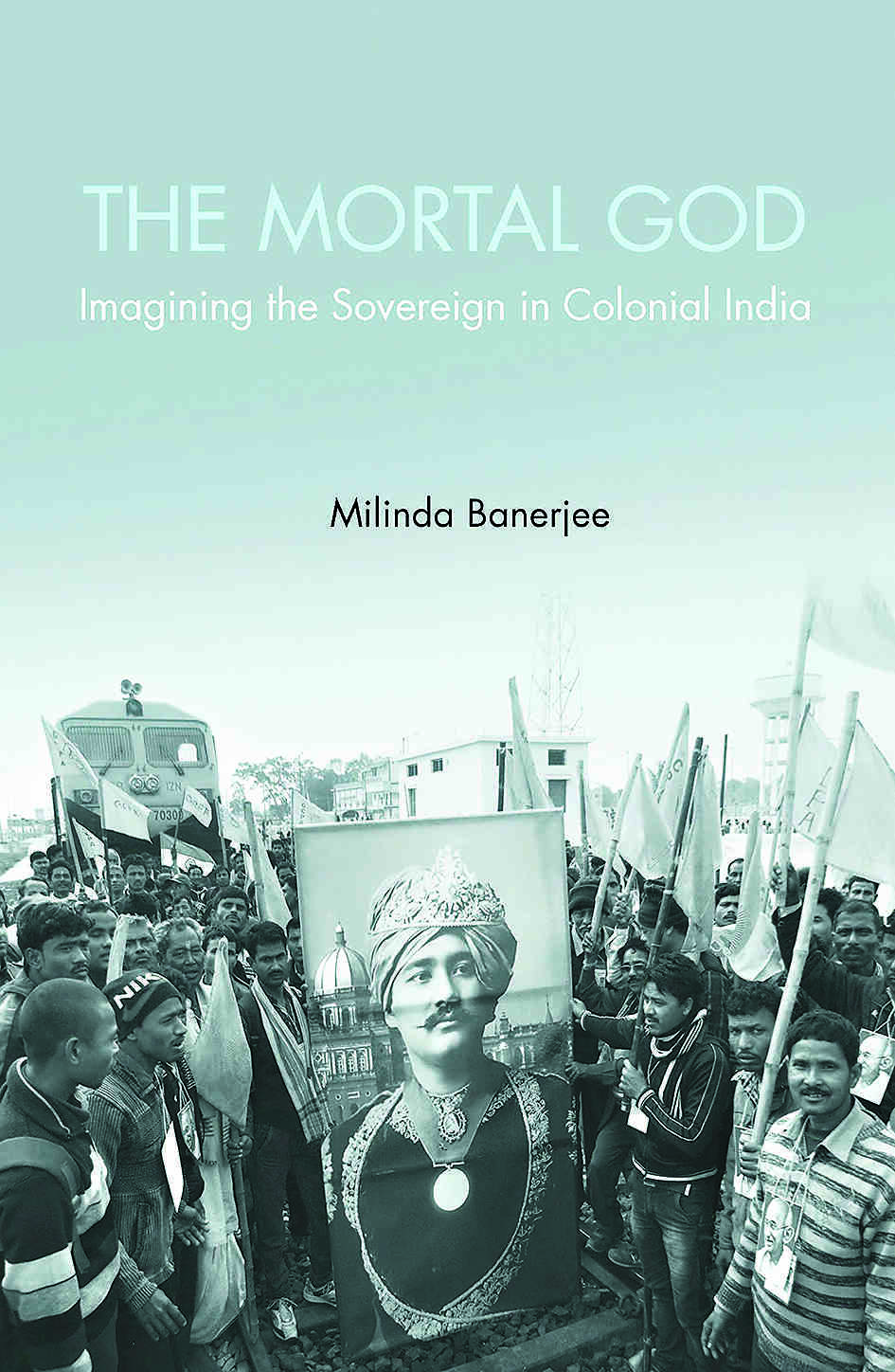 Banerjee, however, begins his book with a more immediate example of political crisis – the agitation by members of the Greater Cooch Behar movement in North Bengal under the leadership of Bangshi Badan Barman in February 2016 that saw the disruption of major rail services across the region. As Banerjee argues, this contemporary unrest is a major moment, precisely because the agitators resorted to colonial monarchic symbols – images and flags of King Nripendra Narayan (r. 1863-1911) – to support their demands for greater political agency and statehood. As the author succinctly phrases it: “The events of 2016 cast a lightning flash on this inadequately understood history, as well as on the broader imbrications of kingship, sovereignty and democracy”. The episode helps drive home the major social and political issues that the book seeks to unravel – most of the members of the Greater Cooch Behar movement, for instance, belonged to the Rajvamshi community that is recognised as a Scheduled Caste, and, thus, lays bare the complex plural structure of the modern Indian state. From this contemporary moment the book weaves back and forth through sub-continental history, both pre-colonial and colonial, to highlight debates over the question of sovereignty, agency, and statehood. Importantly, Banerjee does not restrict himself to the Indian context, but instead offers a comparative reading of European philosophers and political theorists such as Thomas Hobbes, Jean Bodin, Voltaire, James Mill, Carl Schmitt, and Ernst Hartwig Kantorowicz. The Mortal God makes a valuable contribution to not only our understanding of South-Asian politics but also to global intellectual history.

Although the book is aimed primarily at historians and political scientists, it remains fairly accessible to non-specialists, avoiding unnecessary jargon and firmly guiding readers through successive periods of Indian history. The first chapter for instance looks at the onset of the British Raj after the failed Mutiny of 1857. The Crown’s direct intrusion into Indian political affairs marked a crisis in theorising sovereignty and the sovereign’s body in both England and the subcontinent. What follows is a fascinating account of the debates and confusions over how to appropriately determine Victoria’s title in the Indian context. If Islamic titles as padishah, sultan, or shahinshah were deemed unsuitable then so were Hindu honorifics like raja and adhiraj. The word ‘emperor’ drawn from Roman imperial history was also problematic, and one of the titles suggested was ‘Kaisar-i-Hind’ coined by the Hungarian born British orientalist GW Leitner. Banerjee also examines how such debates played out amongst local agents, namely the Indian detractors and supporters of the Raj, the latter belonging mostly to the elite classes. The following chapter turns specifically to these indigenous contexts, examining how the changing definitions of sovereignty under colonial rule impacted the Indian princely states. The chapter’s focus, however, is not the well-known principalities in western India such as Jaipur, Baroda or Gwalior. Instead, we are taken to Cooch Behar and Tripura, where Banerjee explores the often neglected impact of the Brahmo reform movement through the figures of Keshub Chandra Sen and the Nobel laureate Rabindranath Tagore.

It is in attempting to answer why “a real form of Indian national kingship [did] not emerge during colonial rule or in the postcolonial decades” that Banerjee launches on his most detailed survey of Indian intellectual history. Drawing upon diverse sources such as native writers (Bankimchandra Chattopadhyay and Tagore), religious reformers (Swami Vivekananda), and political thinkers (Bal Gangadhar Tilak), the author explores indigenous, as well as European (particularly German) and Japanese, ideas of monarchy. Also included are the contributions of women reformers such as Maharani Sunity Devi of Cooch Behar, Rokeya Sakhawat Hossain, Sister Nivedita and Sarojini Naidu. While Banerjee touches upon subaltern voices throughout the book, these come into greater focus in the fourth chapter where he examines the “Kshatriyaisation” of peasant communities in Bengal and the North-East. As usual, we get to learn fascinating historical anecdotes such as the active recruitment of the Rajavamshis in the British military during the First World War. In the final section, the book comes full circle, returning to our contemporary times. In a particularly illuminating discussion, Banerjee traces the impact of ideas of a messianic sovereign upon modern political institutions. Beginning with Gandhi and Tagore, the author goes on to discuss Bharat Sevashram Sangha and other parallel movements. As Banerjee reminds us in his afterword: “this book has not been a study of kingship per se”. Instead, The Mortal God provides a valuable insight into the lasting intellectual and ideological legacy of the ideas of the sovereign body and the sovereign state that emerged in the colonial era and went on to shape the modern independent nation.