"The Admiral I Knew: A True Story of Admiral Ronald Lynsdale Pereira" | The much-loved Admiral ‘Ronny’

The author shares rare anecdotes from the life of a remarkable naval officer, whose compassion and dedication towards his job made him an inspirational figure. The long-lasting image of Commodore (later Admiral and Naval Chief) Ronald Lynsdale Pereira, better known as ‘Ronny’, 15th Deputy Commandant of the National Defence Academy (NDA) and the third from the Navy, is of a tall, slim Naval officer in Dress No. 8- white shirt, white shorts- the old baggy version-with no belt but twin buckles, white stockings with white shoes and peak cap. When he joined as ‘Dep Com’ in January 1971, most of the younger Naval officers were dressed in the recently introduced Dress No. 8A, white shirt and trousers and the new alternate headgear of a black beret. But, Ronny stuck to his shorts and stockings. Stocked in his car were a golf set, a hockey stick, separate footwear for these and other games. During sporting activities he would land up at the hockey or football field, change his shoes and join the game with the cadets.

As an instructor at Gunnery School, Cochin, in 1951, while training sailors on operating an anti-aircraft gun, there was a freak accident which shattered his left arm. Dr Khan, the civil surgeon, decided against amputation and performed surgery, which saved his arm, but it could not be straightened at the elbow. But that disability did not stop Ronny from swinging very effectively in both hockey and golf.

Far more than his mentioned description, Ronny Pereira remains indelibly etched in the collective memories of countless NDA cadets, all ranks of the Indian Navy and all those who worked with or knew him for his outstanding qualities of professional competence, very high sense and standards of discipline and correctness/ propriety, moral courage and stellar leadership traits as well as, last but not least, being very strict and yet very compassionate. The book is replete with many examples of both these characteristics.

Soon after taking charge as the “Dep Com”, Ronny, with his very sharp observation and an uncanny knack for sensing problems or trouble and most of all, indiscipline, became omnipresent and thanks to the then Commandant, Maj Gen SD Gupta, who was happy to have an active deputy run the Academy, omnipotent too.

Omnipresent meant that Ronny could land up anytime in any of the then twelve squadrons. It could be early morning when cadets collect their tea and biscuits from the tea-room and catch seniors who made juniors do the same for them instead of doing it themselves. It could be anytime during working hours when Ronny would be able to catch defaulters skipping classes. Or it could be at evening tea time or the study period in the late evening or/just after ‘lights out’ time. Other areas covered by Ronny’s omnipresence were games fields, Drill Square, PT Field, swimming pool and the other outdoor training areas/firing range. 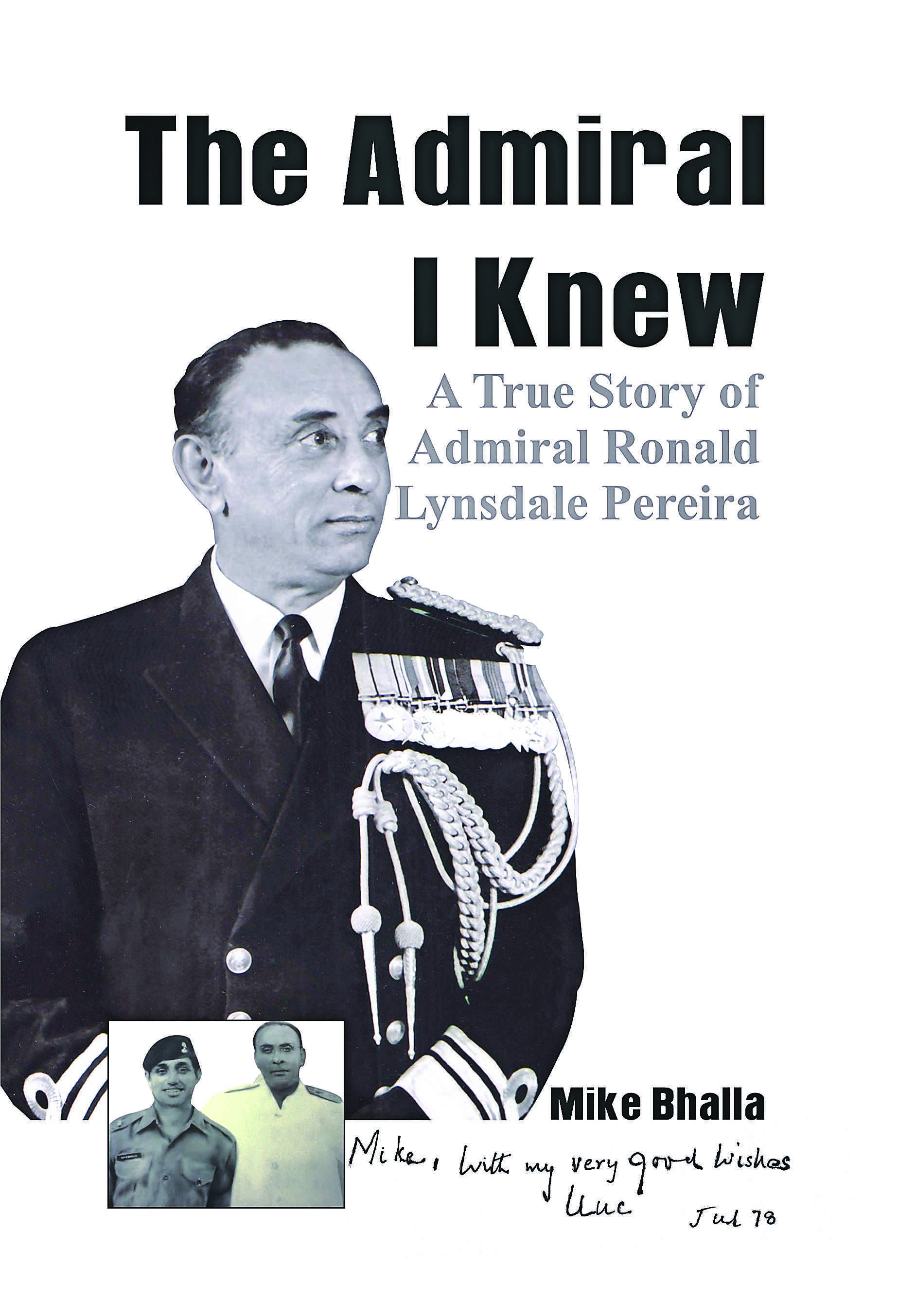 The officially organised punishments in NDA are Extra Drills and Restrictions, both of which involve great physical endurance activity, mainly running for 40 minutes every day on the vast stretch of the Drill Square. A new official punishment which became very common in Ronny’s tenure involved hikes to the famous Sinhagad Fort about 2000 feet high over a very steep hill. All these three are done in Field Service Marching Order, to which for Restrictions, a rifle is added. Official punishment for indiscipline by appointment holding cadets was “de-tabbing”-removal of the envied appointment shoulder tabs with stripes — or “de-striping”-removal of chevron stripes on the right sleeve- in either case reducing the appointment holder to an ordinary cadet. Poor performance in academics or outdoors/physical fitness or severe indiscipline could entail relegation, meaning loss of one term/6 month’s seniority and the ultimate punishment was withdrawal from the Academy.

So, omnipotence in Ronny’ s case meant that such mentioned punishments, excepting withdrawal, were ‘administered’ by him very often/more usually summarily, except relegations which involved the defaulter being marched up to his office.

Ronny’s omnipresence also meant that he came to know a large number of cadets by their names, related to their achievements in sports or academics or their deeds or misdeeds or many cases their problems related to their families or otherwise. This writer, one of NDA’s top swimmers, was paid a surprise visit in his squadron by Ronny one evening about a month before his Passing Out Parade, to tell him to ensure that one of his weak swimmer course-mates passed the mandatory swimming test.

In August 1971, when Commodore Ronny Pereira first saw the author, then Cadet Sant Pratap Singh Bhalla up close, he was surprised at the striking resemblance between this youngster and his late nephew, late Flight Lieutenant Michael (Mike) John Pereira, only son of Ronny’s elder brother Arthur Pereira, who had died in an unfortunate air-crash some years earlier. Both Ronny and his wife Phyllis, who were childless, adopted Sant Pratap and christened him Mike, by which he is better known even today. Thus began a beautiful lifelong relationship. Having become an integral part of the Pereiras’ lives, Mike visited them in all the stations that Ronny was posted, including New Delhi, when Ronny became the Naval Chief and even later till Ronny’s last days of terminal illness.

Mike getting commissioned into the 16th Cavalry resulted in Ronny interacting with some top brass of the Armoured Corps and even led to a visit to the Regiment as the Naval Chief.

After over forty years since NDA, Mike, now a retired Brigadier began painstakingly collating Ronny Pereira’s fantastic career in the Navy- at the NDA, as a Naval Chief and with his family, friends and colleagues, as also over 300 handwritten pages of letters, to write this 564- page book.

The book, which for Mike has been a labour of love and devotion towards his adoptive parents, is invaluable for all the information and insights not only into the Pereiras’, but also for many cold hard facts about the Navy, the country and some of the turbulent times during Ronny’s various postings till he became the Chief and even thereafter.

Ronny was a man of impeccable integrity. Not owning a car when he became the Naval Chief, he used the vehicles of his old Navy friends or junior colleagues while they were on leave. It was only when he was reminded about the provision of amenity under which officers can use official for personal purposes by paying. In June 1996, FOC-in-C, Western Naval Command, he refused a new apartment at Mumbai’s Cuffe Parade for a down payment of Rs. 17000/- then. When he got his own house- named Broadsides- built in Coonoor for his retired life, he was left with only his pension then of a measly Rs. 3000/- per month and a two-wheeler scooter, driving which he survived an accident.

He was against post-retirement sops like ambassadorship because it was a post held by foreign service officers with much less seniority than a Service Chief.

The author reached out to many of Ronny’s Naval colleagues and staff officers as well as old cadets trained in NDA during his tenure as Dep Com to share their experiences. Thus the book includes very touching stories by 30 former cadets, including many who were punished by him, which highlight Ronny’s principles and his compassion and another fifteen of Ronny’s colleagues and a couple of his doctors, who treated him for cancer. All these accounts and many incidents in the book only reinforce the greatness of this man, unforgettable to all who knew him and those he reached out to — right from a sailor to the Prime Minister.

While the book, written in Mike’s staccato style, is a must-read for all cadets and officers of the armed forces, it will be motivational for students and also enjoyable for them and readers at large.