"Illiberal India: Gauri Lankesh and the Age of Unreason" | I am GAURI LANKESH

Chidananda Rajghatta, in this reflection on his friend, fellow liberal and ex-wife, scripts the compelling story of the fierce Gauri Lankesh – her virtues and rigid principles that ultimately snatched her life in today's 'age of unreason'; Excerpts: Gauri herself clearly did not expect to be the target of an assassination bid, although physical menace and violence were occasionally in the air when she and the other rationalists spoke at public events. In a column, she wrote for the tabloid Bangalore Mirror, Gauri described an incident at a Lingayat matha (monastery) some years earlier. A riled-up conservative gathering had shouted her down during a speech she was delivering on Lingayatism – a twelfth-century reformist movement that led to the birth of what she and a few scholars argued was a separate religion. 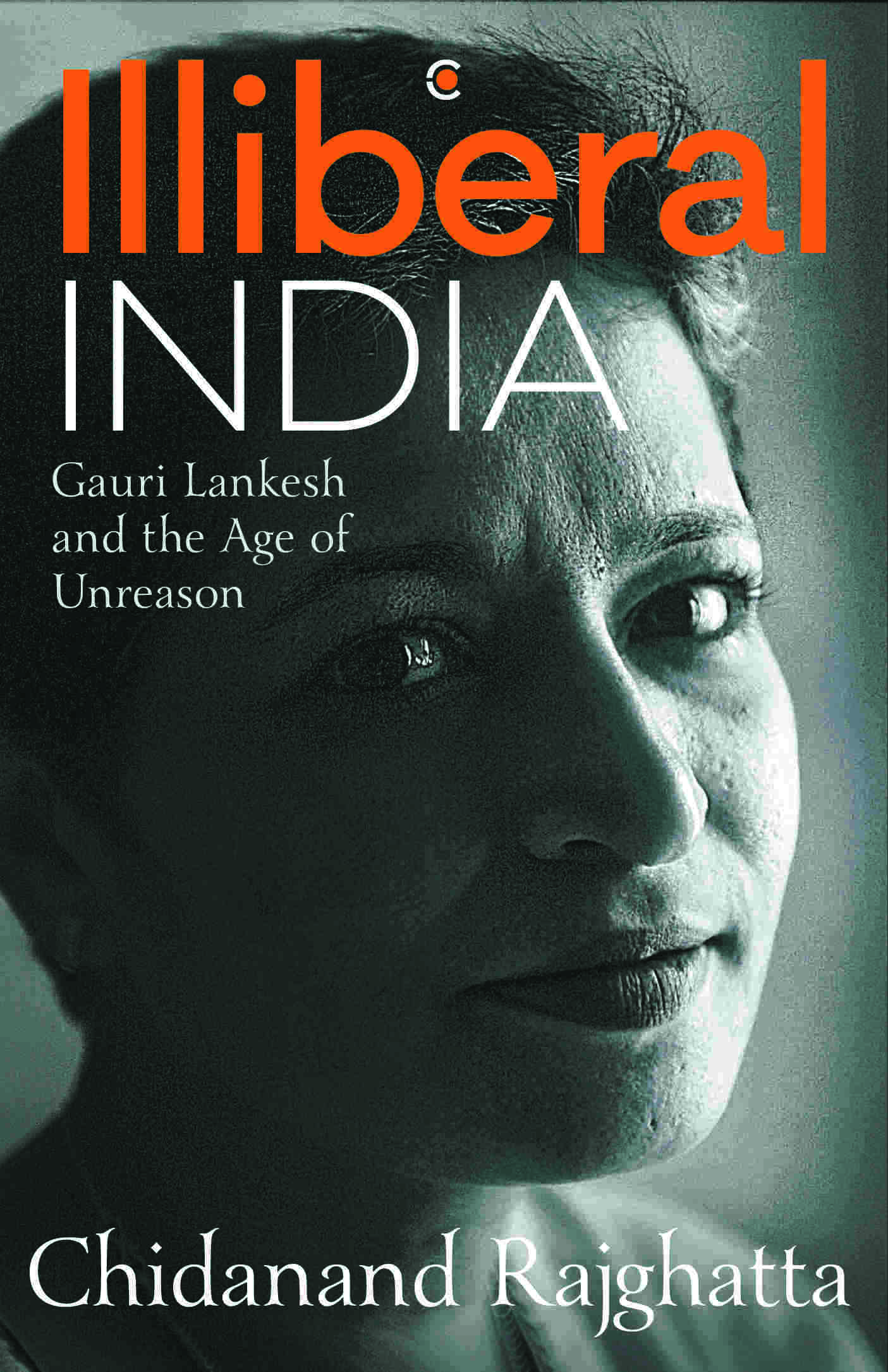 The incident took place, she said, in 2003 or 2004, in a small town called Malebennur where a few Lingayat youth had reportedly stripped and raped two women from a minority community ‘while gleefully chanting religious slogans’. I emphasise reportedly because much of the reporting in India on such matters is dodgy, and facts are never clear. Riots and looting had followed. The incident disturbed Gauri, because Malebennur was very close to her ancestral village on the maternal side; it was also a town where Hindus and Muslims had lived in harmony for generations.

Communal peace was an article of faith for Gauri Lankesh. She was one of the moving forces behind the Karnataka Communal Harmony Forum, and had been warning for years that the state’s fabric of communal peace was fraying, mainly on account of inroads made by right-wing extremists.

So, what did she say that riled the audience?

In Gauri’s eyes, the local gathering at Malebennur was only professing to be Lingayat. They were not really followers of the progressive, reformist Lingayat religion that its founder had conceptualised. Rather, they were Veerashaivas, practitioners of what she (and Kalburgi and many others) saw as an older, Brahminical or Brahminised form of Hinduism that had swept in from the north. The two are very different and distinct, she argued vociferously, insisting they were often mixed up for political reasons. Her argument was that keeping Veerashaivas and Lingayats together underwrote a single vote bloc, usually for the BJP and right-wing parties, in Karnataka. For the longest time though, this was a non-issue. The consensus in Karnataka was that Veerashaivas and Lingayats referred to the same community.

At the heart of the Veerashaiva-Lingayat debate, and that of the current debacle, is the issue of nativism and reformation. Founded in northern Karnataka by the twelfth-century political and social reformer Basaveshwara (also, and informally, called Basavanna or just Basava), Lingayatism was a Shiva-centric reformist Bhakti movement that essentially sought to ‘cleanse’ rituals such as idol worship, and inequities such as gender discrimination and the caste system, from the precursor Veerashaivism traditions. The reformers said the old order was suffused with ills that ought to be removed to usher in a more fair and equitable society.

Basaveshwara preached and practiced equality and egalitarianism, rubbished idolatry and discrimination on grounds of gender. He identified with the ‘lesser’ or ‘lower’ castes, and founded a religion that drew millions, including women, into the fold over the centuries. He challenged the orthodoxy and domination of Brahminical Vaishnava and Veerashaiva practitioners, taking on these and other strains of the Hindu dharma of the times.

By most accounts, Basava’s assembly of social revolutionaries, philosophers, poets and mystics is unmatched for its creativity and social commitment in the history of Karnataka, perhaps in the history of India itself. They were called sharanas: bhaktas or devotees who had surrendered themselves to the Lord. And they spread their message through vachanas, short epigrammatic verses, poems or songs.

The term ‘sharanu’ denotes the act of surrendering to, or respecting others. Workaday, rational and progressive, sharanas were not literary elites, but came from every class, caste and trade. Some were outcastes, some semi-illiterate, others itinerant, and they bore names such as Madara Dhoolayya, Okkalu Madayya, Ambigara Chowdayya, Aydakki Lakamma and Soole Sakkavva, the prefix usually denoting their profession.

In a religious and theological environment where learning and knowledge were the preserve of ‘upper’ castes, the sharana movement was a remarkable breakthrough. It gave voice to everyone – potters, tanners, oarsmen, blacksmith, carpenters and prostitutes (soole).

Being called or addressed as sharana is the ultimate sign of respect among Lingayats. A seminal story in the Lingayat historiography pertains to an incident where Basaveshwara visits a cobbler named Haralayya in a settlement of ‘untouchables’ in the town of Kalyana in north Karnataka (now called Basavakalyana). Haralayya politely greets Basavanna with the formal salutation ‘sharanu’, one who has surrendered to God. Basavanna replies with a double salutation incorporating a double idiom: ‘sharanu sharanarthi’: (I wish) to surrender to the one who has surrendered (to God).

Haralayya is so overwhelmed by the respect he receives from Basaveshwara that he and his wife decide to honour him with a beautiful pair of footwear from the skin of their own thighs, painful as it might sound. They present it to Basaveshwara in a future encounter. But Basaveshwara trumps them again by putting the footwear on his head and telling them, ‘Only god can wear footwear made from the skin of sharanas.’

The nearly 800-year-old footwear is still largely intact and exhibited to this day at a shrine in Bijanall village in Sedam Taluka, of Karnataka’s Gulbarga district. Typical of such legends in India, no one has questioned how and why it has not decomposed. Faith is a powerful tool.

This then is the story, possibly apocryphal, that led Gauri to write the email – and several other musings about sharana – in the two years since Dhyan Sharana was born to Mary and me. She never called him Dhyan. It was always Sharana.

(Excerpted with permission from Illiberal India: Gauri Lankesh and the Age of Unreason by Chidanand Rajghatta, published by Westland under their imprint Context, in May 2018)