Pran Neville compiles his writings over the last few decades to present a book that unravels the inner world of India’s artists—whose glitz, glamour and performance never failed to mesmerise, writes Vinay Kumar. A former diplomat, Pran Nevile has served in Japan, Poland, Yugoslavia, the former USSR and the US, along with serving stints at the United Nations. Born in Lahore, he was educated at the famous Government College, Lahore and had a distinguished career in the Indian Foreign Service. After hanging his boots, Mr Nevile took to writing and, over the past more than three decades, his articles and write-ups have appeared in all leading newspapers and journals of the country. His area of specialisation has steadfastly been in the sphere of Indian art and culture. 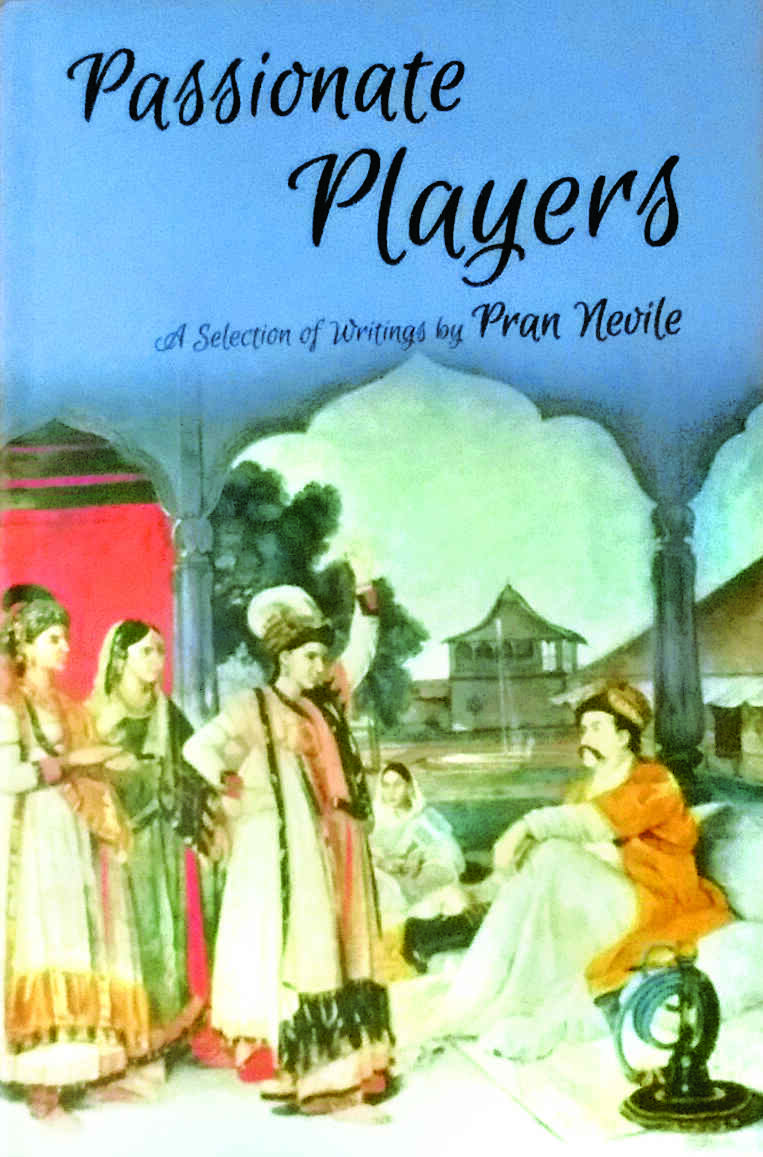 He spent nearly seven years researching in the leading libraries and museums of England and the USA to come up with the illustrated volume Nautch Girls of India in 1996, which won wide acclaim as it was applauded as a pioneering work in this field. His other well known books include an array of interests such as Lahore – A Sentimental Journey, Love Stories from the Raj’ Rare Glimpses of the Raj, Beyond the Veil – Indian Women in the Raj, Stories from the Raj – Sahibs, Memsahibs and others, KL Saigal – Immortal singer and Superstar, Marvels of Indian Painting – Rise and Demise of Company School and Tribune: An Anthology 1881-2006.

This time around, the nonagenarian writer has come up with a compilation of his writings which provides a rare insight into the colourful lives of the icons and trendsetters of our past. His writings, compiled under the title Passionate Players, takes the reader to meet courtesans like the Dancing Empress Lal Kunwar, consort of the pleasure loving Emperor Jahandar Shah, who rose from a concubine to the exalted status of Begum Imitaz Mahal; Begum Sumroo of Sardhana, who enthralled the rich at a kotha in Chandni Chowk as a teenager and ended up as Joanna—the child-bride of the Austrian soldier of fortune, General Walter Reinhardt `Sombre’, which became Sumroo in local parlance; and Rani Jindern, the last Queen of Punjab as the young and shrewd wife of Maharaja Ranjit Singh.

Pran Nevile had also founded the KL Saigal Memorial Circle and was instrumental in persuading the Ministry of Culture to organise a function in the national capital to commemorate KL Saigal Centenary Celebrations in 2004. During the past decade or so, he has also organised numerous musical events at The India International Centre and The India Habitat Centre in the memory of eminent and outstanding forgotten singers, composers, poets and lyricists of yesteryears. In the process, he has been able to promote quite a few upcoming young artists who have participated in his highly popular events.

The latest offering Passionate Players, predictably has a piece on Saigal, describing him as a musical genius who brought music to the masses. Did you know that Saigal’s formative years were influenced by his association with Sufi Salamat Yusuf, a Dervesh at whose Dera, music was a daily activity. Here Saigal practised his singing and held discussions with other musicians and devotees. With his inimitable style, Saigal gave a totally new dimension to the music of his time. His music stunned the great music maestros of his time like Fayaz Khan, Abdul Karim Khan and Pandit Omkar Nath.

Writing about Suraiya, the last singer-actor of India, who had begun her career as a child artist playing the role of young Mumtaz Mahal in the film Taj Mahal (1941), he describes how her family had decided to stay back in India after the partition even as Noorjehan and Khurshid left for Pakistan. She gave a number of hit songs while also playing the lead role in several popular movies. In the prime of her life, Suraiya called it a day and retired from the film world in the early-60s. No story of her career would be complete without the episode of her love affairs with the then young and upcoming actor Dev Anand in the early-1950s. Both Dev and Suraiya had spoken about it in their separate interviews. She was Dev’s heroine in seven films. She passed away in 2004, a lonely woman with her mother and grandmother having died several years ago and the rest of the family having moved to Pakistan.

The volume also has write-ups on Pankaj Mullick, melody queen Kanan Devi, Noor Jahan, Jahanara Kajjan. For art, culture and music lovers, Passionate Players is a must-read and, for others, it opens a window to a world which had been uncontaminated by today’s gizmos, and art and music drew enthusiasts with genuine and pure passion.