Sprinkled with anecdotes, humour and trivia – the book traces the evolution and metamorphosis of Bollywood over the years. How does one begin to capture the mystery and magic of an industry that has enchanted us for more than a hundred years? With their unwavering popularity and strong influence on everyday culture, films have undeniably become a part and parcel of our lives. 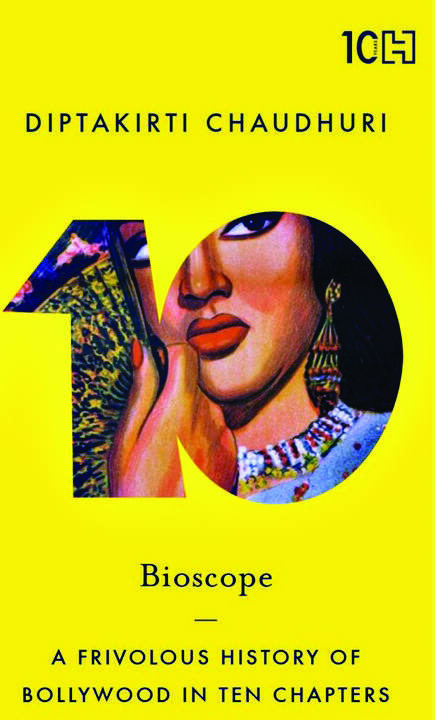 From India’s very first movie – Raja Harishchandra to the most expensive movie – Bahubali, the Indian film industry has come a long way. Though there are various regional industries, it is the Hindi Film Industry – Bollywood – that is the crème de la crème.

Diptakirti Chaudhari’s new book, Bioscope: A Frivolous History of Bollywood, tries to capture the essence of the industry through anecdotes and trivia which has been compiled into a well-sorted list that makes it interesting for readers. The book is organised into 10 chapters with each having 10 entries (not by ranking) that delve into various aspects of films. From the biggest box office collections (Sabse Bada Rupaiya) to the fashion trends set by Bollywood (What is your style number!), Chaudhari has shed light on the nitty-gritties of Bollywood, providing readers a refreshing read.

Every chapter in the book, though provided as a list, gives us a more evolutionary perspective of the developments in Bollywood. For instance, the chapter on villainy takes us through the times of the brutish landlord as the hard taskmaster to the recent phenomenon of cool villains portrayed in the Dhoom series, thus, evidently reflecting the change in the psyche of the society.

Like the quirky chapter titles, the facts are presented in a light-hearted vein that makes it an unputdownable read. For all film lovers who wish to know what happens behind the screen, this is the book for you. It will tease you with just enough tidbits and leave you gasping for more.