Home > Book Review > A secular Godse and a fallible Mahatma

This provocative narrative compels the reignition of discourse on Gandhi and the idea of India, writes Mayabhushan Nagvenkar. “History will be kind to me for I intend to write it,” Winston Churchill had bragged with his trademark flourish, underlining the significant role which victors play in scripting the histories of their respective eras. 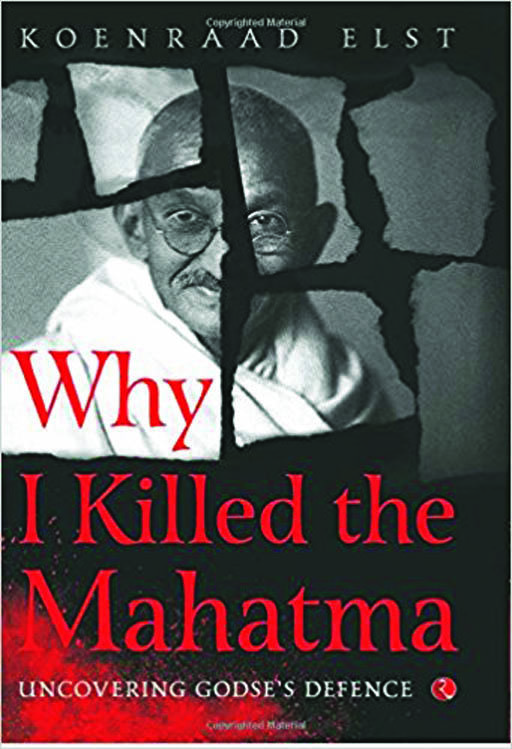 Koenraad Elst’s provocatively titled book Why I killed the Mahatma..., is a dissertation examining Gandhi’s killer Nathuram Godse’s defence in court during his trial, which eventually led to his hanging. And, with this book, Elst, a Belgian Indologist, walks a path rarely trod on by other mainstream Indian historians, which involves the sensitive and precarious task of intellectualising Godse’s rationale, which eventually led to the assassination. This is essential, according to Elst, who claims that a section of Indian historians have, for long, monopolised views on Gandhi’s assassination, thereby eclipsing any other aspects linked to the saga which led to the Mahatma’s killing, like Godse’s point of view.

“The fact that he murdered the Mahatma has eclipsed every other fact in his fairly long and detailed statement. We hope that this study will enable the readers to see Godse with their own eyes rather than through the eyes of those who have thus far monopolised the discourse on the Mahatma’s murder,” Elst says, while pointing out to the significance of Godse’s insistence on taking the absolute onus for the assassination, in an attempt to absolve his friends and other alleged conspirators.

Elst also attempts to bring out similar traits between the nearly anonymous (at the time) killer and his larger-than-life victim, like the similarities in their respective childhoods, when both believed in a supernatural sense. Godse, Elst says, as a child acted as the oracle of the family goddess, while Gandhi had invoked his inner voice to rational considerations right from a younger age.

“Logically following from the conviction, common to both Gandhi and Godse, that ‘the problem of India was basically the problem of the Hindus’, if there is another importance parallel: both were hard on their own Hindu society, not on Muslims,” the author states in the book, which is bound to raise more than a few eyebrows. Much like Gandhi, Elst maintains, Godse too refused to let Hindus lay the blame for their sufferings in the era preceding Independence and Partition elsewhere, but on themselves.

“It is remarkable that Godse, who profiles himself as a secular nationalist, puts a decisive part of the blame for the Pakistan movement on the British. He makes no attempt to link the contemporary phenomenon of Islamic separatism with the fundamental doctrines of Islam,” a passage in the book reads.

Interestingly, the book also attempts to train the spotlight on what Elst prefers to call the secular side of Godse. The author claims that Godse swore by genuinely secular and democratic principles, so that all Indians should enjoy equal rights and complete equality on the basis of democracy and no special privileges on the basis of communal identity such as weightage in parliamentary representation of Muslims, something the “so-called secularists” of the era were in favour of.

“Congressites and leftist secularists, by contrast, supported communal representation and weightage back then, and still support separate Personal Law systems for different communities defined by religion today. If words still have a meaning, Godse’s vision of independent India’s polity was more secular than that of self-styled secularists,” Elst claims in his book.

Elst also points out to what he suggests is an inconsistency in Gandhi’s usage of fasting as a tool for bringing about peace, alleging that the Mahatma used the tool to good effect only with people who admired and loved him, and never against his opponents.

“For instance, he did not use this weapon in order to compel the Muslim League to give up its demand for Pakistan. Indeed, breaking a solemn promise, he failed to stake his life for the sake of India’s unity,” the book claims.

Elst’s book is an attempt to provide an intellectual rationale for Godse’s actions, while at the same time, not underlining the rights or the wrongs of the act of pumping bullets into the Mahatma, the first major and perhaps the most significant assassination in free India.

As contemporary India’s political history changes course, such revisiting of past phenomena, occurrences and recording of an alternative discourse/s around them, may well trigger a new round of ideological churning.