"The Golden Dakini" | Of myth and magic

The Golden Dakini is a gripping novel splashed with adventure, mythological battles and the ultimate prevalence of good over evil. The book, ‘The Golden Dakini’, centres on the action that was building up during the birth of the divine child, the Maitreya Buddha. The book begins at Qiang La—a group of five travels across Tibet and makes its way to Gangtok, the capital of Sikkim. They stay there for a week and conduct meetings with Rinpoche Gyaltsen who hints at the location of Mt Meru. The first task before the group is to locate Mt Meru on Earth – Meru is a mystical divine mountain mentioned in both Buddhist and Hindu legends. Mt Meru on Earth is a legend and has long been lost, so to say. The group follows the trail of clues leading to the location of Mt Meru. They next travel to Guwahati, the capital of India’s Northeastern state of Assam, where they reside for some time and look for a Hindu Sage who can show them the path ahead. Meanwhile, Prince A-Kar O and Prince Narasimha court Yeshe. At the same time, Tashi’s training goes on in the warrior arts and he continues to serve Prince A-Kar O. Gradually, as the story unfolds, several new characters are introduced. 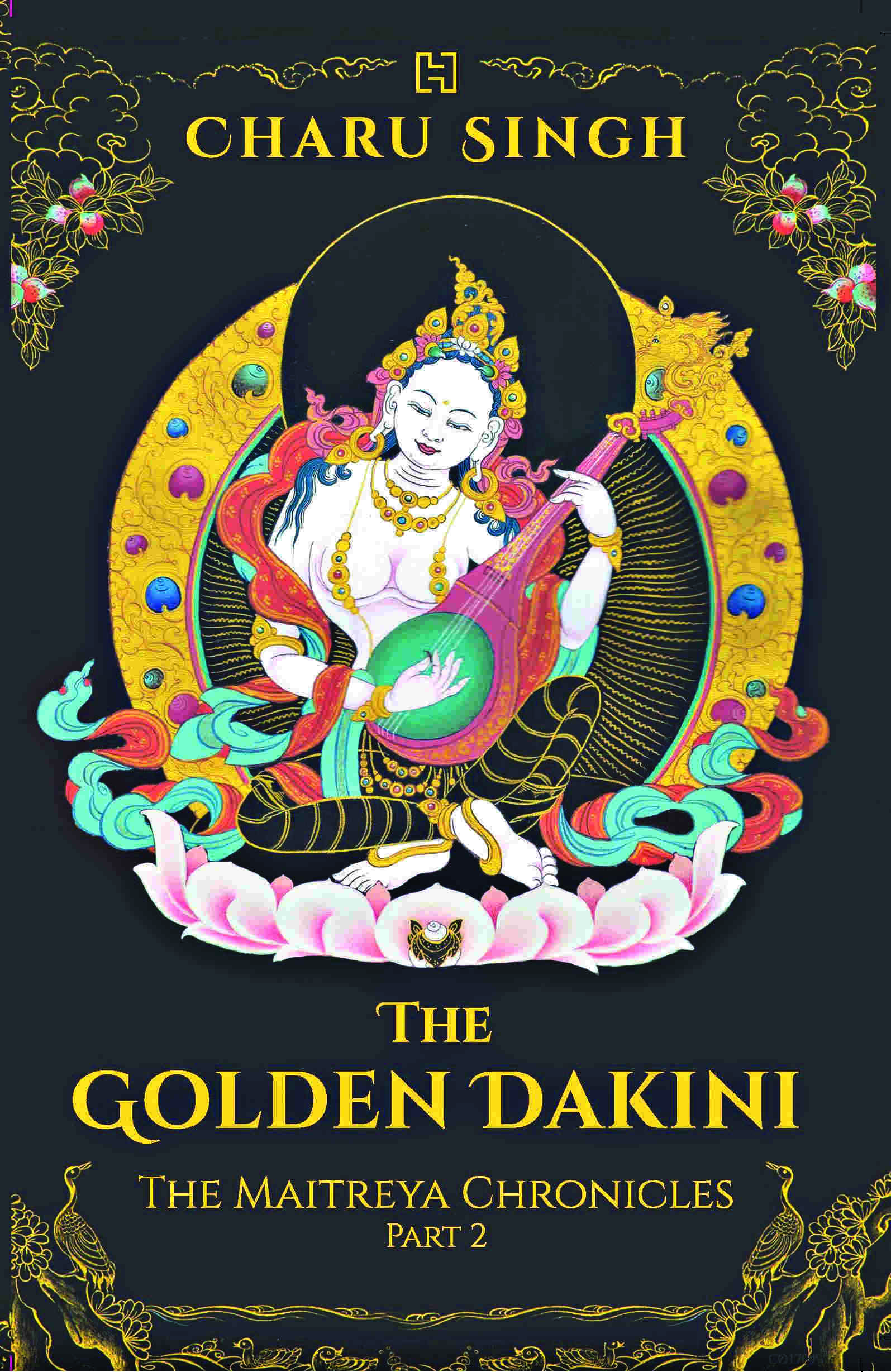 Meanwhile, the princes who have been divested of their divine powers but retain their immense knowledge are innovating mantras in an attempt to regain their powers. Briefly, after a series of baffling attempts, the princes run the Sage to ground at a forest temple located in the remote Karbi Anglong Range near Guwahati. The Sage advises them to consult an Abbot of a monastery in Arunachal, located in the wilderness who can direct them with the path ahead. Also, the group of five is joined by 18 people who accompany them on their travels from Sikkim onwards while also training with A-Kar O and Narasimha as defenders.

The group then travels to Arunachal, where, at Bomdilla they are followed by the Asur but they escape after a confrontation. Meanwhile, the Asur or demon prince contacts Yeshe on the sly and reaches out to her but she rebuffs him. They reach the monastery where the Abbot provides them information along with a map to Mt Meru. The group makes an escape to Ney City on Mt Kanchenjunga, a city ruled by the Himalayan high fey, after a confrontation with the Asur in which Prince Narasimha is injured. The prince re-coups here and the group take a break from their hunt.

They then travel to Delhi, where another show-down with the Asur demons takes place in Nehru Park. The group gets divided upon attack. Yeshe and Tashi are separated from the two princes and the rest of the group. Yeshe is vulnerable and they are desperate on the run. Both groups are making for Kashmir — another destination on the journey to Mt Meru. Amid several adventures, Yeshe and Tashi are chased by the demons. Both groups make for Kashmir, though the princes are hunting for Yeshe and the demons are also chasing her. Finally, both groups reach Kashmir amid several more skirmishes.

The two separated groups — Yeshe and Tashi on the one hand, and the two Princes on the other, meet up in Kashmir. They are also followed by the demons who are chasing them and they travel to the Zanskar region of Leh-Ladakh from Kashmir. The group travels towards the Zanskar range — beyond which sits the hidden Mt Meru. Approximately three-quarters of the way through the book the group reaches Mt Meru. They will also have suffered from a couple of unsuccessful attacks by the Asur, where they use stealth to escape but the Asurs are hard on their heels hounding them. The group escapes to Mt Meru with considerable difficulty. Here, Prince A-Kar O holds a fire ritual, a magical Yagna. This is a deeply magical and mystical rite and results in the Maitreya being born from the divine flames of the yagna. Yeshe is the mother of the child born through the yagna. The birth is magical and just a few hours after the birth, a truce of two days is declared between the two warring sides. The group manages to get away, escaping through magical means out of India to a protected area into the vast cold forests of Siberia.