This winding narrative from Europe to India scripts the journey of a portrait lost during the Second World War, writes Mayabhushan Nagvenkar. What do Dutch post-Impressionist painter Vincent van Gogh and India’s grand old city, Kolkata, share in common? The answer lays in the leap of imagination that author Arnab Nandy has shown in his just over 200-page novel.

“On The Road to Tarascon” is a novel where fact meets fiction in order to create an interesting plot around van Gogh’s self-portrait “The Painter on the Road to Tarascon,” which is believed to have been lost in the ravages of the Second World War, more specifically to a fire at a museum in Magdeburg in Germany. 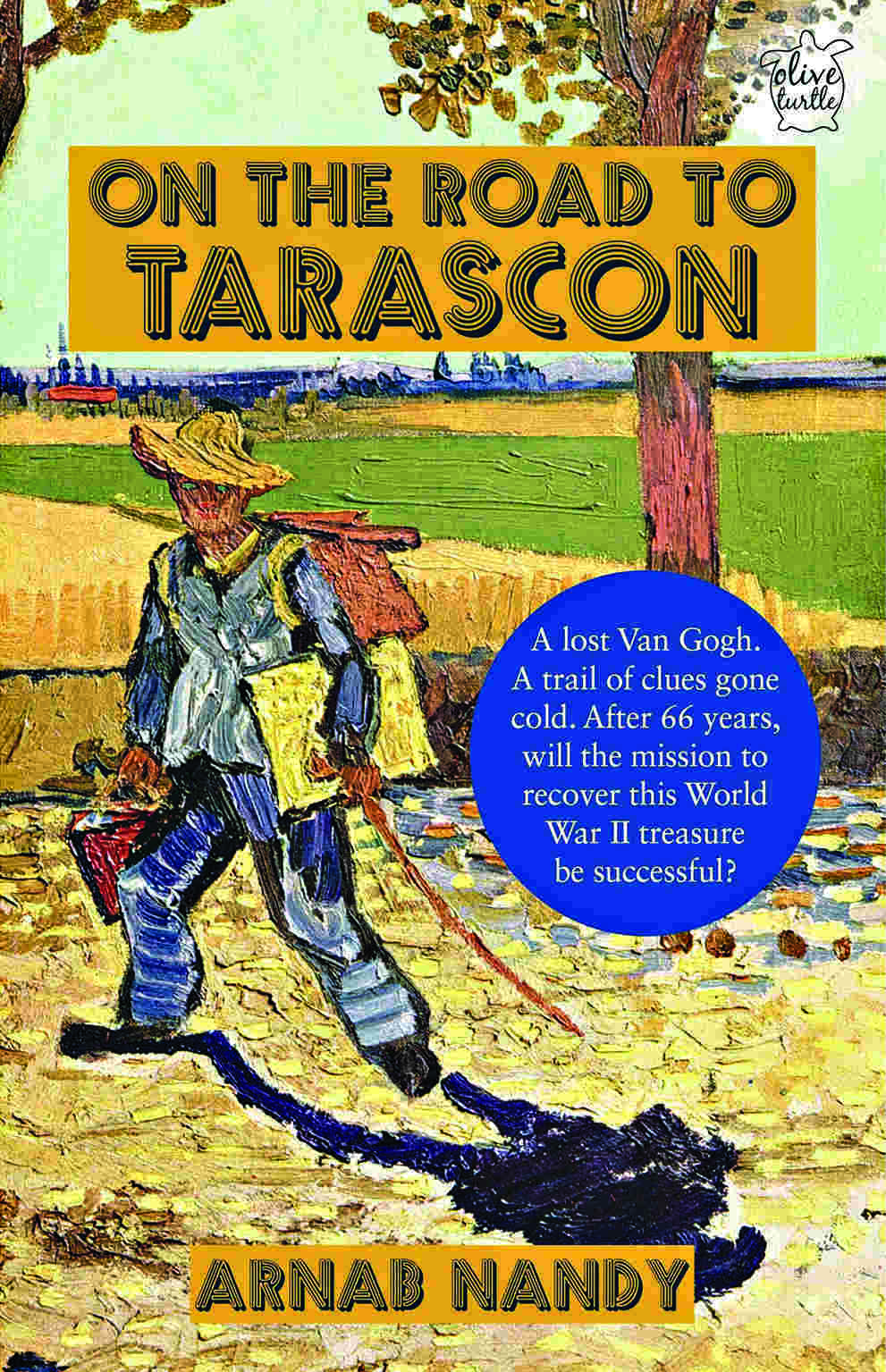 The seed of the story germinates from a note written to Claudia, the wife of the curator of the Magdeburg Museum by her lover and a British intelligence officer, tasked with the responsibility of salvaging artwork at the museum. This is the period when the World War II is winding to a close and Germany is fast moving towards annihilation.

Two generations later, the letter, forgotten until now, is a part of the possessions handed over by Claudia to her granddaughter Eva, whose globe-trotting quest to track down the painting brings her to Kolkata in India. Here she meets the narrator, Neil Bose, and the story takes a contemporary colour and gathers momentum.

Through Bose and other characters, primarily Eva, the author pieces together factual nuggets of art history with fiction in a story which spans continents, cultures and time, hopping from one mystery and clue at the turn of every few pages.

In his sweep of geography, the author appears to revel in his references to Kolkata. The portrayal of the eastern city, in its contemporary avatar, for example, is vivid, so much so that in a way the reader can experience both the grime of the present and the past splendour of the city. The novel takes you from one clue to another, with two primary characters Eva and Bose in breathless pursuit.

While the plot is international in its scale and unique as far as Indian writing is concerned, one does come across a lack of depth as far as its handling is concerned. The narration veers too often to evolving the chemistry and relationship between Bose and Eva. As a result, it derails the pace and direction of the plot.

Those keen on art and history would find this book an entertaining read, although thriller-obsessed readers may find the pace faltering at times. As the book is about a lost work of art, one would have expected some more detailing, as well as a sustained build-up, priming up the valuable piece of art and its peer.

And for van Gogh lovers, the cover itself is sure to have you drooling.