Former Army Chief late General Bipin Joshi used to say that India is a land marked by the ‘tapasya’ of many saints and spiritually elevated beings. Tapasya translated in English as ‘penance’, really means much more in the Hinduism context as it is a way of life based on austerity, minimalism, distance from materialism and meditation. Whenever General Joshi mentioned this, he implied that our enemies do not realize what they are up against. 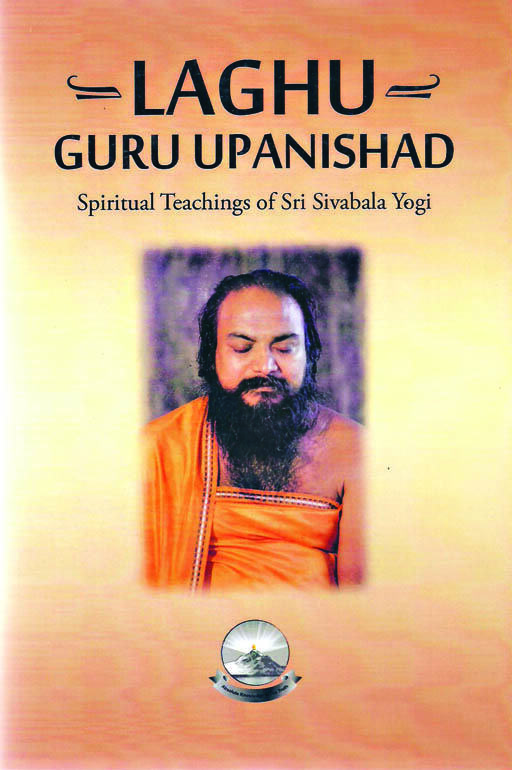 This book is about Sri Sivabala Yogi, born as Sathyaraju Allaka on January 24, 1935, in a small village of Adivarapupeta in Andhra Pradesh. His father, Bheemanna, was a poor weaver who died before Sathyaraju was three. Raised by his mother, Parvatamma, and maternal grandfather, Goli Satham, they were among the poorest in the village. Sathyaraju was by nature extremely determined, honest and found untruthfulness and injustice particularly difficult to tolerate. On August 7, 1949, when he was fourteen years old, Sathyaraju experienced Samadhi (enlightenment) while sitting on the bank of the Godavari irrigation canal just outside the village.

The author, a diehard professional Indian Army officer, who prefers to be known by his pen-name, Gurprasad, had spiritual leanings from his young days. Though he reads a number of books on the teachings of many saints and sages, his quest for divine knowledge fructified only when he was initiated in the discipline of meditation by Sri Sivabala Yogi in April 1977. Over the next few years Sri Sivabala revealed to Gurprasad the divine knowledge, which he has presented in a question-answer form in the book. This format helps in understanding the acts and terminologies to any beginner aspiring to become spiritual and even aims to convince the person to become spiritual.

What stands out about Sri Sivabala Yogi is his insistence on sustained spiritual practice (sadhana). To those who he gave Deeksha (initiation), involving the process of initiating a devotee into spiritual life, he neither recommended any rites or rituals, nor the need to join any sect or attend camps. He only stressed on daily practice of mediation –the act or effort of concentration and controlling the mind.

Having interacted with/ interviewed many soldiers on their battle experiences related to close encounters with death, constantly facing the risk of death or disability, fear in the battlefield and how it is personally/internally overcome, what motivates them to acts of tremendous bravery, determination, how they deal with or treat the enemy captured by them etc, this writer found some significant facts emerging.

These were that most of very brave/courageous/valiant and as such, real life heroes, are basically simple/modest persons, large-hearted, generous to others’ faults or weaknesses, with good sportsman’s spirit and mainly, having survived against many odds in battle when many of their comrades did not, they are quite close to spiritualism or have quite a potential in them to

Gurprasad is one of a number of Army officers, who became full-fledged devotees of Sri Sivabala Yogi. Two more, who are known names, are late Lt Gen Hanut Singh, deeply spiritual and highly revered as a very sharp military mind on armoured warfare and Lt Gen Ajai Singh, former Governor, Assam. While all these three are from the tank regiment, Poona Horse, nick-named by Pakistan army as Fakhr-e-Hind (Pride of India), many other armed forces officers became Sri Sivabala Yogi’s devotees or at least attended his discourses at his ashrams in some of parts of India.

Chapter 2 outlines what a spiritual journey entails and how one embarks upon such a journey, stressing the importance of a Guru (spiritual mentor). Issues pertaining to method of practice including place, posture, timing, diet, sleep, etc are all covered. It advises readers to contemplate on the teachings in the book and imbibe their meaning ie, make these as a part of one’s mental being. The next step is to act on the conviction and practice the teachings. It lays out the attributes that help calm the mind and guide how to cultivate desirable attributes so that one’s practice of a spiritual path can fructify.

Chapter 3 discusses the nature of Reality, elaborates on Maya (ignorance, or the power of illusion used by the Lord) and its effect and endeavours to explain a broad knowledge of the genesis of creation. Also dwelt upon are Leela (divine play), an individual’s place in the divine scheme of things and the functioning of the individual mind and its control in great detail. What is mind? How does it function? What is implied by control of mind? How is it disciplined and purified? Why is it so difficult? What is the kind of effort and the guru’s grace? All this and much more, including the role of intelligence and will power in controlling the mind have been highlighted.

Chapter 4 provides details into the five basic paths available to spiritual aspirants-the paths of Service, Love and Devotion, Yoga, Knowledge, and Silence – and how they lead to control of the mind and thence to the experience of realisation. Also delved into are, Samadhi and Tapas.

Chapter 5, the longest of all is on the life of Sri Sivabala Yogi and is indeed fascinating. Readers are encouraged to read this first and then the other chapters.

In today’s world, where many charlatans have succeeded in fooling gullible masses and even the wise and well read are steeped in consumerism, this book, which is very heavy reading, is recommended at least as a wake-up call.